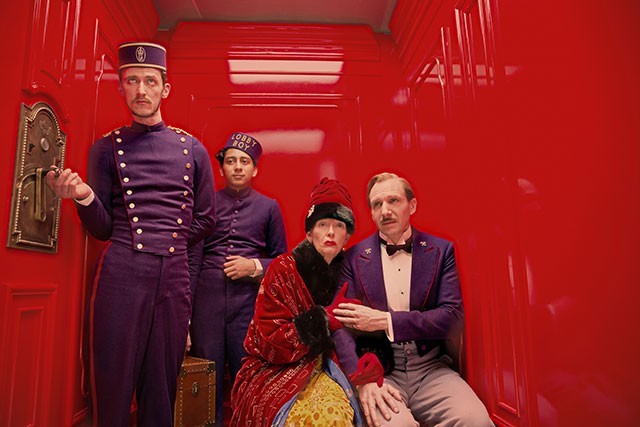 Your stay at The Grand Budapest Hotel might not be emotionally fulfilling. You might even find some of the rooms uninviting. Yet, in typical Wes Anderson fashion, its impeccable design and je ne sais quoi will win you over. In fact, you may even recommend that your friends book a stay, too, though you will likely decline a return visit for yourself.

Unless you’ve been living in an underground tunnel – like the ones in the writer-director’s Fantastic Mr. Fox, arguably his best work – Anderson needs little introduction. But it is worth mentioning that he’s an artist whom people either get or don’t. Fans embrace almost everything Anderson, from the offbeat humor to the understated and often deadpan performances, the deliberate tracking shots and fast pans, and the unique worlds he creates with almost every film. If you’re not a fan, you may appreciate those elements, but you do not enjoy them and are driven slightly mad by the contrivances.

Absent a real point or true emotion, they are sometimes far less than the sum of their beautiful parts, you might argue.

If you take the latter view, Grand Budapest will not change your mind about Anderson. But if you’re a groupie, dig in. The director’s latest is a delicious feast of color and eccentricity, though the plot does drag it down during the third act. Set mostly in the 1930s in the imaginary European country of Zubrowka on the eve of a fictional war, this is a story within a story within a story, with that extra layer added seemingly just to amuse Anderson. Tom Wilkinson opens as the 1980s narrator, only to pass off that job to Jude Law, who again passes it off to F. Murray Abraham, who, as the 1960s version of Zero Moustafa, the hotel’s former lobby boy, offers special insight into the legendary and peculiar character of Monsieur Gustave H., played impeccably by Ralph Fiennes.

Gustave is the hotel concierge – and its heart and soul – during its heyday but runs into trouble when he unexpectedly becomes a main beneficiary of the estate of a wealthy hotel patron (Tilda Swinton). It seems that Gustave, in addition to taking great care of his elderly female guests, also befriends and services them in order to worm his way into their wills. This obviously doesn’t sit well with the relatives, who accuse Gustave of murder. A mad cross-country caper ensues, complete with a smorgasbord of cameos – not all of them necessary – from the likes of Edward Norton, Jeff Goldblum, Harvey Keitel, Saoirse Ronan, Bill Murray, Bob Balaban, Adrien Brody, Willem Dafoe and, of course, Jason Schwartzman and Owen Wilson.

Though, on one level, the film is an interesting meditation on faded glory, it’s mostly just a rambunctious rococo romp infused with chapter titles, changing aspect ratios, inspired art direction, funicular railways, downhill ski races, prison breaks and multiple other amusements, but little coherence. It’s style over substance, but as usual with Anderson, the style is enough.