For a movie about giants and the expansive power of dreams, The BFG feels rather small 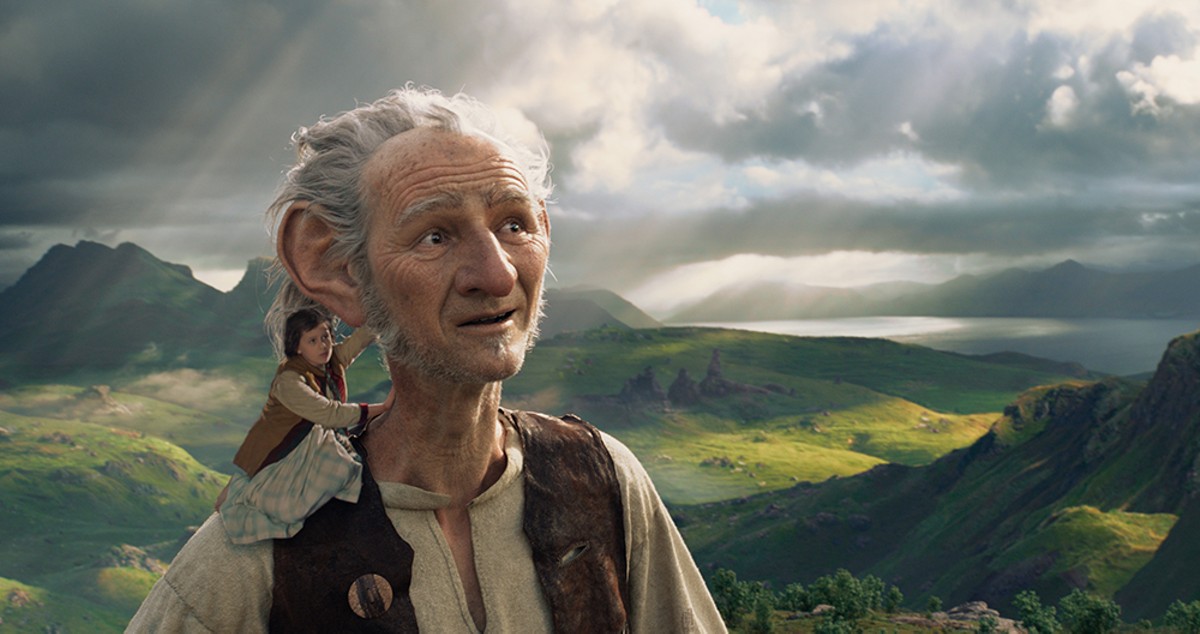 We movie fans must be forgiven for supposing that an adaptation of Roald Dahl's beloved book The BFG by screenwriter Melissa Mathison and director Steven Spielberg – their first collaboration since 1982's E.T. – would be cause for celebration. Here is another story about a lonely child who befriends a mysterious creature and has an adventure that changes her life for the better ... and yet my only sense of wonder came from wondering where master cinematic fantasist Spielberg has disappeared to.

For a movie about giants and the expansive power of dreams, The BFG feels rather small. Oh, there are most certainly giants, and they most certainly roam a sweeping landscape. And there are certainly dreams, and they certainly inspire some very important people to some very impressive action. But for far too long up on that screen, not much actually happens. And there's never much that hits you in the gut or the heart like E.T. did.

Much of the failure of BFG to connect emotionally is down to its too-passive protagonist. Young star Ruby Barnhill is bursting with personality, but her Sophie, a 10-year-old orphan, isn't allowed by the plot to actually do much of anything for a solid hour or more of the movie. She is literally dragged kicking and screaming into the plot.

She will later befriend the giant who scoops her out of her London orphanage and carries her away to the distant land of giants, but Sophie is a mystery both as a character in her own right and, in a more meta sense, as someone worthy of having a story constructed around her. We know that Sophie is a prematurely grown-up insomniac who wanders her orphanage at night tidying up after her irresponsible adult caretakers, but we have no idea what she might prefer her life to be like beyond the unspoken obvious (such as, perhaps, not living in an orphanage with people who don't love her). Just a tiny thing like Sophie actively joining the giant on his adventures rather than being kidnapped by him would have gone a long way toward making Sophie a participant in her own story rather than a hanger-on.

The too much that doesn't actually happen for the first half of The BFG is Sophie getting a tour around the gigantic home of the BFG (Mark Rylance, motion-captured and CGI'ed), learning about his work – he gathers dreams from children, which is why he skulks around city orphanages – and discovering that he is bullied by the other giants. Some of this is momentarily lovely, as when the BFG explains to Sophie about how he hears the "secret whisperings" of stars, trees and bugs, and some of it is wonderfully silly-gross, as with the disgusting veggie called a "snozzcumber" that the BFG subsists on.

But though Rylance brings his usual marvelously understated elegance to the BFG, the green-screen seams between the CGI and the live action are often obvious, a shocking problem for the likes of Spielberg, who has long been a pioneer of beautifully realistic fantasy FX. Worse is the fact that this is a long, directionless tour of a fantasy world: It's spectacle, not story. Dahl's wordplay is certainly witty, and the BFG's world is cleverly imagined, but that's icing, not cake.

When the cake arrives at last, finally, it involves a turn into what feels like a different sort of movie altogether – a twist from contemplative fantasy meandering into something more action-oriented. (I won't spoil it for those who have not read the book, but it's in this second half of the film that Spielberg deploys some imagery that is far more like something reused from his Jurassic Park than it is akin to E.T.)

There is momentary amusement in this, too, but it feels at odds with the earlier more reflective tone. It also forces the loss of the charming sense of timelessness that characterizes the beginning of the movie, which could be taking place almost anytime in the early half of the 20th century but then gets firmly rooted in the early 1980s (when Dahl wrote the book). Perhaps most disconcerting of all, by the end of the film, the Wizard of Oz-esque it-was-all-a-dream feeling that had been percolating has also been dismissed ... yet Spielberg has yet to convince us of the fantastical reality of what we've seen.