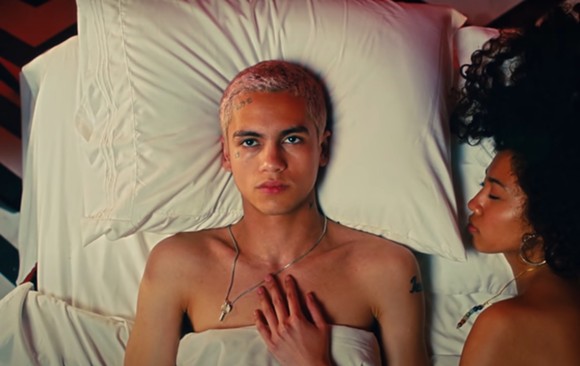 World’s Most Wanted – Meet five of the most dangerous international criminals, profiled one to an episode in this exposé of evil at large. But seriously, it can’t be that hard to collar Louie Gohmert. He’s on TV and everything. (Netflix)

La Llorona – This Sundance 2020 alumnus uses the legend of the ghostly weeping woman as the fulcrum for a tale of Guatemalan genocide. Not to be confused with last year’s theatrical feature The Curse of La Llorona – or with 2016’s Oscar-winning jazz musical, La Llaland. (Shudder)

On the Trail: Inside the 2020 Primaries – CNN shines a spotlight on its own female journalists in a documentary that recounts this year’s Democratic primaries. In a surprise twist, Kaitlan Collins finds herself the party’s VIP nominee after Kamala Harris accepts a gig as a creative consultant on PAW Patrol. (HBO Max)

The Rain Season 3 – Enjoy six more episodes of the Danish sci-fi series that chronicles the aftermath of a cataclysmic virus. And when I say “enjoy,” I mean “meet with anguished cries of ‘Jesus, NOW?’” (Netflix)

Premieres Friday: Howard – Survivors of the late lyricist Howard Ashman recall his artistic triumphs and personal struggles in this documentary, first screened at the 2018 Tribeca Film Festival. Among its revelations: Ashman wrote part of Aladdin from his hospital bed while battling AIDS. As opposed to me, who can barely compose a tweet while wrestling with a can of Pringles. (Disney+)

This Is Dominic Fike: The Next Big Thing? – The New York Times and FX teamed up to document the rise of the titular Florida vocalist, who parlayed a $4 million record contract into something every singer-rapper dreams of: a jail sentence for violating house arrest. Oh, and also an album. (Hulu)

Premieres Tuesday: Hard Knocks Los Angeles – For the first time, the popular football docuseries covers two teams – the Chargers and the Rams – in one season. And that’s not the only upheaval viewers can expect, because get this: Both teams have new uniforms. Oh, and the coronavirus has thrown the entire NFL schedule into doubt, and the trajectory of the series with it. But damn, I don’t know if I’ll ever get used to those uniforms. (HBO Max)

Rob Schneider: Asian Mama, Mexican Kids – For the last few years, alleged comedian Schneider has been complaining about the “cancel culture” that’s persecuted him for his stance against vaccines. Please reflect on this tragic erasing of Schneider while you watch his high-profile, first-ever Netflix special. Maybe he’ll favor us with his thoughts on hydroxychloroquine! (Netflix)