Florida Film Festival to screen the most movies ever this year

Photo via the Enzian
The Florida Film Festival announced today that it will screen more movies than ever before at its 27th annual event: 183 total (55 features and 128 shorts) at the Enzian Theater in Maitland and Regal Winter Park Village Stadium 20.

The festival opens on April 6 with the East Coast premiere of Bart Layton’s American Animals and concludes on April 15 with a 75th-anniversary screening of Alfred Hitchcock’s Shadow of a Doubt. In the days between, expect to see 23 world premieres and more Florida debuts than at any previous festival. The lineup also includes films from 82 female filmmakers (45 percent of the total) and 38 countries.

The only celebrity event revealed so far is “An Evening with Pam Grier” on April 8, which will feature Quentin Tarantino’s Jackie Brown and a Q&A session with Grier. (Expect at least one more celebrity screening to be announced soon.)

Always a favorite among festival-goers are the Spotlight films, which are screened out of competition. Some of the most anticipated this year are Jason Reitman’s Tully, Julie Cohen and Betsy West’s RBG, Janus Metz’s Borg McEnroe and Brett Haley’s Hearts Beat Loud.

New to the festival in 2018 are an experimental shorts block (“Sunspots: New Visions of the Avant Garde”) and the first “X-Real” documentary shorts block directed solely by women. But the rest of the festival is structured similarly to past years, with features organized into the aforementioned Spotlights (11), narratives (10), documentaries (11), international showcase (four), midnights (four), family films (two), food films (two), music films (three), Florida films (three) and closing-night retro (one).

Shorts are organized into documentaries (16), narratives (29), animated (14), international (19), international animated (11), midnights (15), Best of Brouhaha (13) and the aforementioned experimental block (11). And as in past years, shorts programs are named for songs by a musical artist who recently died. This time it’s Tom Petty, with blocks assigned names such as “Breakdown,” “Don’t Do Me Like That” and “Listen to Her Heart.”

In addition to movies, the festival will offer three filmmaker forums, a farmers market, a brunch buffet, a cocktail tasting, an awards bash and numerous parties.

With the Enzian still seeking approval of their proposed expansion from the City of Maitland, the festival will again utilize just three screens: one at Enzian and two at Regal Winter Park Village. (If the expansion is approved, the first festival that could benefit from the extra Enzian screens would be the 2020 event.)

For ticket options and more information, visit floridafilmfestival.com after 8 p.m. on March 14. 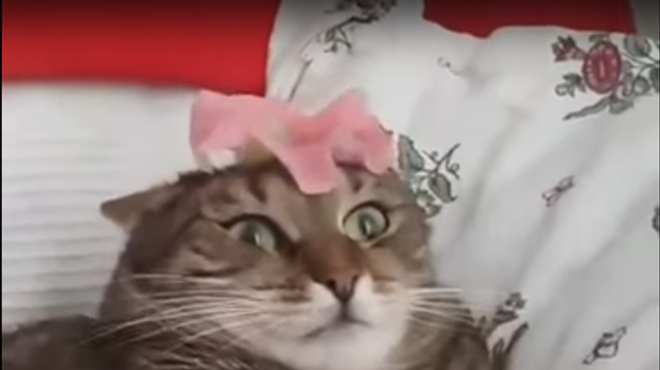