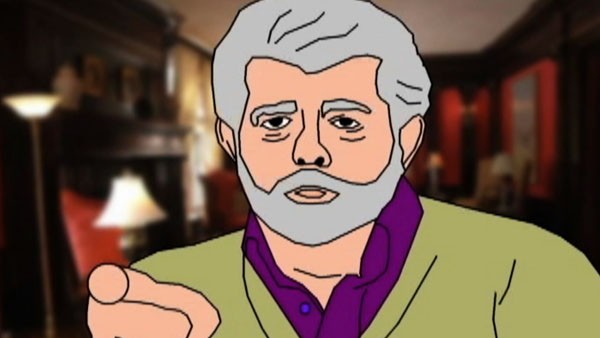 6:45 p.m. at Enzian Theater - Square Grouper: The Godfathers of Ganja (4 Stars) Finally, a documentary that's supposed to be better when you're high. (As opposed to the accidental brilliance of toking during Spellbound.) Jumping off of the premise that South Florida was a hotbed of marijuana smuggling in the 1970s and '80s, the film tells three different, equally intriguing stories. The first, involving a fundamentalist church - gays, sex and the government are all bad, of course - that happened to swath itself in weed smoke, then later bathe itself in smuggling money, is the most disturbing and anti-climatic. The following two, however, reveal surprising depth and tenderness, including the aftershock of major sentences placed on halfway crooks and an Everglades community with smuggling in their blood and bails of weed in their water (the titular "square groupers.") -JS

7 p.m. at Regal Winter Park - The People vs. George Lucas (3 Stars) An ode to the Star Wars diehards that's little more than a showcase for fan-created web material, this sloppily but lovingly assembled bitchfest - topics range from Greedo shooting first to, well, Jar-Jar Binks' very existence - halfheartedly builds a "case" against George Lucas' alleged crimes against his own property. One damning piece of evidence is quite convincing: Lucas' impassioned testimony against Ted Turner's 1990s plan to colorize old black-and-white films could easily be used against him now. But, as several fans admit in the film, whining only goes so far. The kiss-up conclusion gives a roast feel to the film, which would be fine if it was presented as such more often. Aren't roasters supposed to be funny before they grovel? -JS