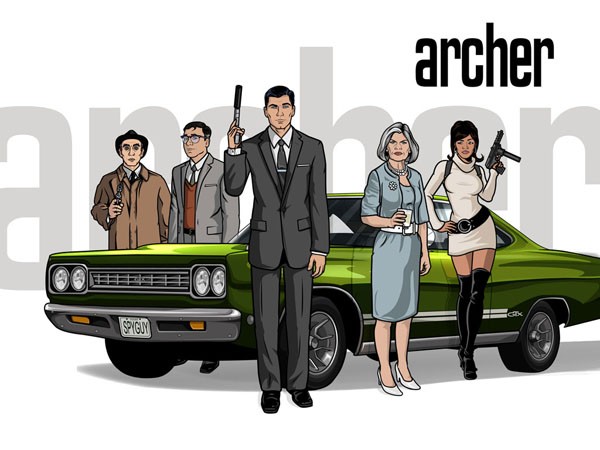 Archer: The Complete Season One

The brainchild of Space Ghost Coast to Coast and Sealab 2021 writer Adam Reed, Archer is an oddity on the FX Network but one that makes perfect, inspired sense: If it were a live-action film, it would be a raunchy classic on par with the James Coburn man-of-mystery Brit films it spoofs. Starring a deliriously funny, Arrested Development-seasoned cast including Judy Greer, Jeffrey Tambor and Jessica Walter as Archer the spy’s incorrigible mother – who’s also his boss and gave him the code name “Duchess” – there is no end to the rabbit-hole antics within their spy agency. It would be criminal not to tune in to the second-season opener Jan. 27. (available Dec. 28)

A woman (Annette Bening) who gave up her child for adoption, the forsaken daughter in question (Naomi Watts) and a would-be parent (Kerry Washington) who’s unable to conceive populate the latest of Rodrigo García’s overlapping-lives films. The writer-director manages a better sense of pacing and place than he did in the willfully disconnected Nine Lives, and the three stars all give good performances. But they’re up against characterization that renders their roles emotionally extreme, making them almost too stubborn to be sympathetic and robbing some intimate and moving moments of any cumulative impact. (available now)

Soul Kitchen, a light detour for the typically heavy-handed German co-writer/director Fatih Akin – and a profitable one; Kitchen’s a big hit overseas – begins with a somber tone. Zinos (co-writer Adam Bousdoukos) owns the titular restaurant. He’s beset on all sides, dealing with tax collectors, enduring a troublesome brother who’s in and out of prison and he just lost his girl to an overseas job. But things turn around when a new chef (Biro Unel) comes in and whips Zinos and his place into shape. (It never ceases to amaze me how a good training montage, in this case one set in a kitchen, can save a movie.) From there, it’s thoroughly enjoyable stuff, helped by a terrific soundtrack that includes Boogaloo Joe Jones, Curtis Mayfield and scores of other greats. (available now)