Everything the light touches 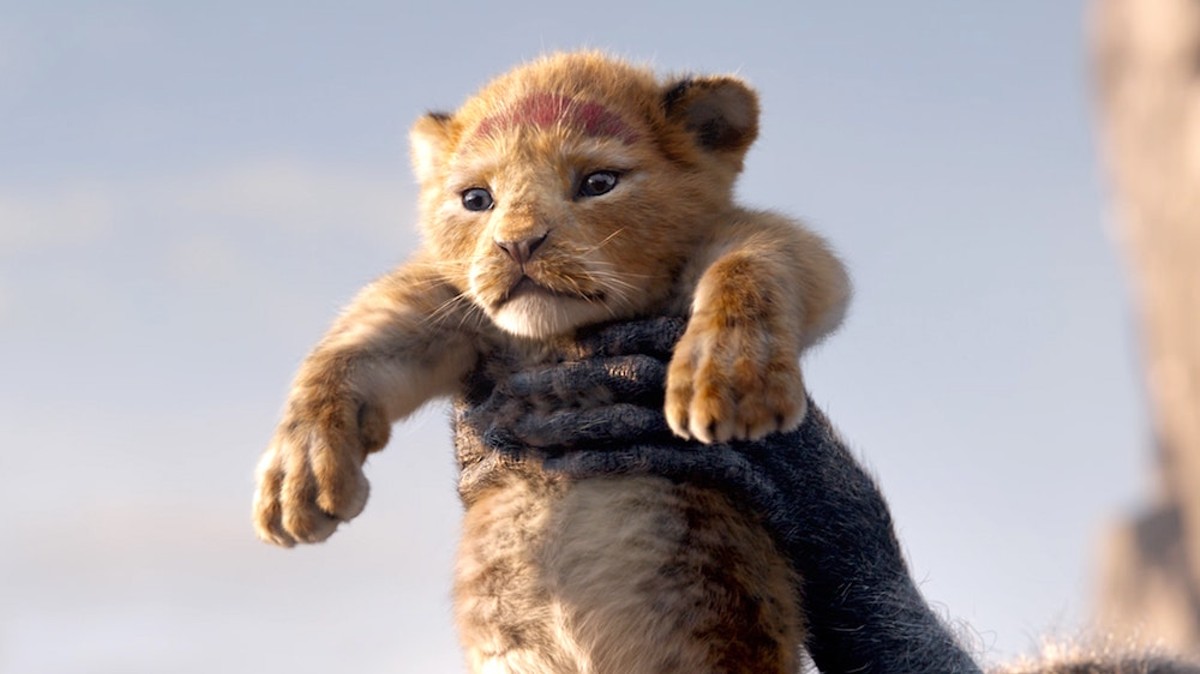 The Lion is a cow. More precisely, it's Disney's cash cow and has been since the original became the third-highest-grossing animated film ever (after Snow White and 101 Dalmatians), adjusted for inflation, and inspired sequels, TV shows and a stage musical. The question, therefore, isn't whether the Mouse will continue milking it, but how and when. So, how now?

Director Jon Favreau, who helmed the wonderfully reimagined Jungle Book in 2016, has again shown why he is the go-to guy for Disney remakes. As with Jungle, he understands nostalgia and is just as concerned with honoring the Disney canon as with sticking his own stamp on it. In fact, with The Lion King, he's too careful, mostly content to re-create the original, sometimes line by line and shot for shot. This means his film – which is penned by Jeff Nathanson but relies on the 1994 screenplay, plus the original music by Elton John and Tim Rice – sometimes lacks excitement and freshness. But just when it starts to feel too familiar, the eye-popping animation saves the day.

Yes, this is an animated film, not a live-action reboot or a "movie" compared to the 1994 "cartoon." If you're struggling to describe the difference between the two, try using "hand-drawn" and "computer-generated." But even those terms are messy, as the new film's animators certainly used their hands and the original film's artists also had assistance from (comparatively primitive) technology. So let's say the '94 crew – many of whom worked at the Disney-MGM Studios here in Orlando – relied mostly on ink and paper, while today's group focused on showcasing the latest photorealistic, computer-generated art.

If you don't already know the story, I envy you. You will notice echoes of Shakespeare's Hamlet, as King Mufasa and his son Simba are overthrown by evil Uncle Scar. You'll relate to Simba's long journey of self-discovery, helped along by two of the most memorable sidekicks in the Disney repertoire, a meerkat named Timon and a warthog named Pumbaa. And you will appreciate the film's surprisingly peaceful, even quiet vibe (reminiscent of Disneynature movies), in addition to its spiritual African influences, which are even more prominent than in the original.

Too much attention has been paid to Disney's efforts to involve mostly African American actors this time when, of course, animated talking animals have no human ethnicity. Still, the cast is impressive and is only occasionally upstaged by the "uncanny valley" of the CGI.

Chiwetel Ejiofor is a suitable Scar (though he's robbed of most of his "Be Prepared" musical extravaganza), Donald Glover plays adult Simba, Alfre Woodard portrays Sarabi, John Kani is magical as Rafiki, Beyoncé brings to life Nala (and a new song), John Oliver is spot-on as Zazu, and James Earl Jones reprises his role as Mufasa. The unenviable task of replacing Nathan Lane and Ernie Sabella as Timon and Pumbaa falls to Billy Eichner and Seth Rogen, and they are up to the task only intermittently. That's more than one can say for the three chief hyenas, voiced by Florence Kasumba, Keegan-Michael Key and Eric André, who capture none of the humor and energy of the original characters.

The Lion King is an enormous aesthetic accomplishment, a huge improvement over the recent Aladdin and Dumbo remakes, and one of the best films of the year. Nevertheless, as the sun was setting on Pride Rock once again, I was struck by an essential truth that these CGI-laden remakes often ignore: The best stylized, hand-drawn animation is often more exciting, expressive and interesting than reality. Walt taught us that.