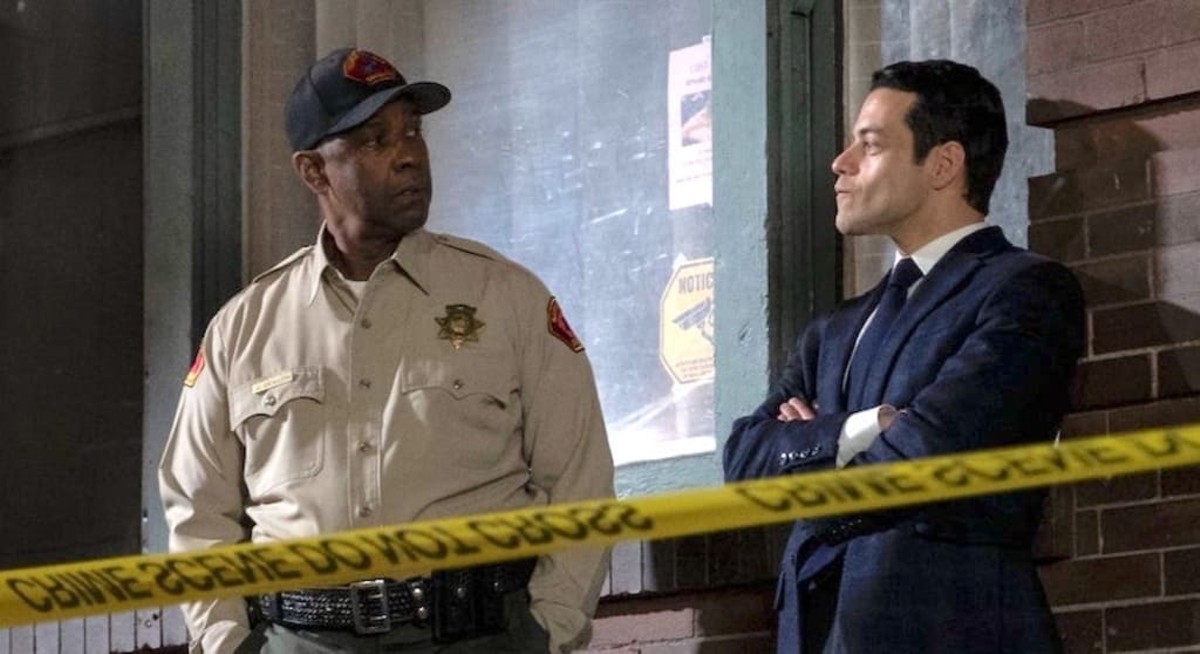 Streaming premieres you won't want to miss this week.


50M2 – Only three weeks ago, I observed that Netflix was starting to take after SCTV by filling their schedule with Turkish programming. Well, they're definitely calling my bluff, because here comes another Istanbul-bred offering — this one a black-comedy series about a hitman who hides from his past by assuming ownership of a tailor shop. Don't tell Sammy he made the pants too long, I guess, or you'll end up comparing inseams with Luca Brasi. In Turkish, yet! (Netflix)

Penguin Bloom – An embattled family's true-life memoir was the source for this wannabe-uplifting feature, in which Naomi Watts plays an Australian woman who becomes paralyzed while on vacation in Thighland. Wait, I mean Thailand — we don't have to do jokes like that anymore! Anyway, she gets all depressed and stuff, until the family adopts a baby magpie whose physical challenges she can relate to. Prepare to have your heart good and warmed — although you may want to skip the part where Watts' character shows off what she's learned from her new pal by vomiting Honey Bunches of Oats directly into her kids' mouths. (Netflix)


The Queen of Black Magic – The Indonesian horror renaissance continues with a very loose remake of the 1981 shocker of the same name. That one concerned a woman who was accused of witchcraft and sought revenge in the supernatural; the remake shifts the action to an orphanage, whose young male residents have some secrets of their own. Sounds like a cross between The Orphanage and The Devil's Backbone — which has gotta be the best pairing anybody's thought of since McDonald's started putting Xanax in the McRib. (Shudder)


Below Zero – It's Con Air meets Frigidaire as the transfer of a bunch of prisoners through frozen terrain is complicated by a violent attack. This Netflix nail-biter was Spanish-made — but when it comes to ID'ing the assailants, I'm not entirely prepared to rule out the Turks. (Netflix)

The Dig – More true-life tales, with Ralph Fiennes and Carey Mulligan as Britishers of the 1930s who discover a medieval burial ground. Netflix viewer guide: "This movie is understated, emotional ..."; The AV Club: "... a lot like sitting at a bus stop." (Netflix)

Finding 'Ohana – A couple of Brooklyn kids explore their Hawaiian roots while hunting for buried treasure on Oahu. Yeah, but will a crazy-ass Vincent Price be there to teach them about tabu? (Netflix)

The Little Things – Put Denzel Washington in the same box with Christopher Nolan as dudes who are pissed off their studio isn't doing enough to kill off their audience. Seems Denzel is plenty miffed his portrayal of a deputy sheriff on the trail of a serial killer is going to streaming at the same time it debuts in theaters. Listen, Denz, some of us happen to like the idea of being able to watch a movie without the local chapter of QAnon coughing on us. Appearing opposite Washington is Rami Malek, who's cool with whatever the suits want to do as long as they don't make him work with Bryan Singer. (HBO Max)

We Are: The Brooklyn Saints – Four documentary episodes follow the trials and triumphs of a youth football league headquartered in the heart of Brooklyn. You want to toughen those kids up? Send them to Hawaii! (There's Turks there!) (Netflix)