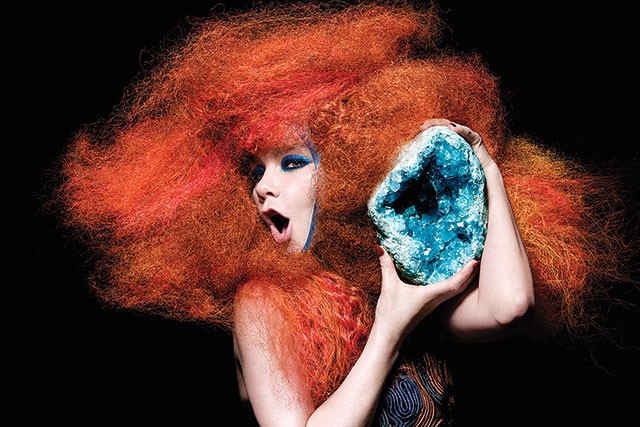 We’d never go so far as to say that Björk isn’t whimsical, but don’t make the mistake of dismissing her work, particularly Biophilia, as mere kooky elf ramblings. Showing a refreshing lack of “the world revolves around me” mentality for an artist of her standing – she’s practically a saint in Iceland – Björk decided when making her eighth album that “Nature is a rock star” and set about proving it. The accompanying purpose-built instruments and tour design bolster that mission of making nature the star: a giant Tesla coil plays the bassline of “Thunderbolt”; a set of gravity-driven pendulum harps translate the movements of the Earth into melody on “Solstice.” Directors Nick Fenton and Peter Strickland capture the intricate goings-on of the stage show and intersperse film of natural phenomena – crystals grow, mushrooms fruit, lava bubbles, cells divide, all mirroring the tiny, woolly-wigged force of nature crooning at the center of it all.