Benedict Cumberbatch stars in Jane Campion's Oscar-bait Western 'The Power of the Dog,' on Netflix Wednesday 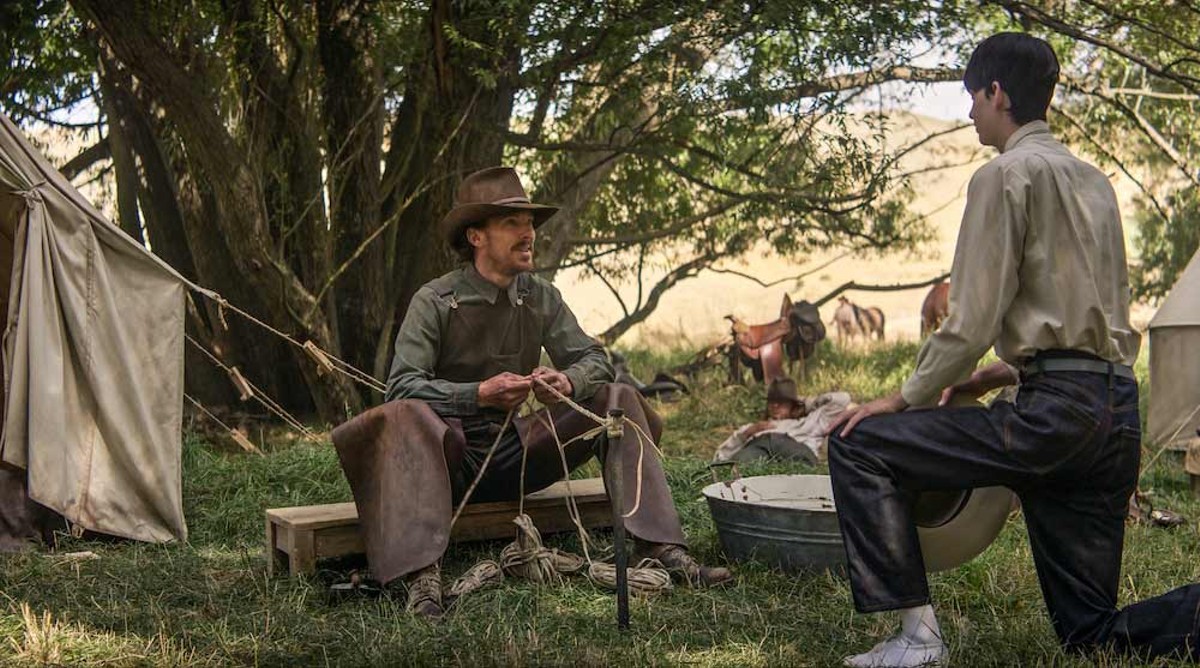 Candified: Home for the Holidays Season 1 — Like cooking shows? Like property shows? Here's a chance to slake your jones for both at once, as "Candy Queen" Jackie Sorkin and her team build houses entirely out of sweets. It's like a Venn diagram showing the intersection of Every Kid's Dream and Why the Rest of the World Hates Us. (Hulu)

JoJo's Bizarre Adventure — Titled "Stone Ocean," the fifth season of the manga-turned-anime is set in a Florida prison called the Aquarium. Something tells me franchise creator Hirohiko Araki once spent a loooong day with his family at SeaWorld. (Netflix)

Lost in Space — The third season of the hit sci-fi remake is intended to be its last — just as the '60s classic on which it's based aired for three years. So I think we all know what's in store for us this final time out: talking carrots and space hippies! (Netflix)

The Advent Calendar — A paraplegic woman receives a holiday gift that makes her December a roller coaster of alternating delights and horrors. Yeah, I hate that dark chocolate too. (Shudder)

Baking It — A spinoff of Making It with Amy Poehler and Nick Offerman, this six-part culinary competition is hosted by Maya Rudolph and Andy Samberg. Can't wait for next year's Faking It, with Hilaria Baldwin and Lindsey Graham. (Peacock)

Perfect Life (Vida Perfecta) — Season 2 of the Spanish comedy about 30-something amigas focuses on the arrival of a new baby — which is well on its way to becoming just as much of a jump-the-shark signpost for streaming as it was for broadcast TV back in the day. But the very first scene of Episode 1 reportedly shows new mama Maria fantasizing about returning the kid to a warehouse, so maybe the show has something to say to the Amazon Generation after all. (HBO Max)

Santa Inc. — The potential for a female Santa Claus drives a stop-motion animated series that has Seth Rogen voicing the role of Kris Kringle and Sarah Silverman playing the elf who aims to take his place. Silverman raised more than a few eyebrows with her recent out-of-nowhere dictum that Jewish characters should never again be played by goyim, so I think I'm going to need to see some pointed ears here or I'm calling bullshit. (HBO Max)

Single All the Way — And speaking of hoary TV tropes, here's yet another story about an unattached loser who pretends a platonic friend is a romantic partner in order to save face at the holiday dinner table. The twist this time? They're both dudes! Boy, sometimes all those old Benson scripts need is a little tweak. I just wish we had seen Jesse Pinkman pose as Walter White's boss to make his mama proud. (Netflix)

Coming Out Colton — In six unscripted episodes, former Bachelor Colton Underwood shows what it's like to tell the world you're gay. Probably not quite as hard as telling your ex you stuck a tracking device under her car, but it's the difficult conversations that make a man. (Netflix)

Diary of a Wimpy Kid — The theatrical franchise fizzled out after four installments, so of course we're getting a reboot. But this one's fully animated instead of live action, which is not only a first for the brand but a pretty brazen move overall. I mean, what does it say when you're willing to admit to the world that you're too old and tired for corporeality, and that your only hope of continued viability is the all-forgiving artifice of the desktop? It says you're ABBA, that's what. (Disney+)

The Great British Baking Show Holidays — As is the custom, Season 4 will consist of a Christmas episode and a New Year's episode. The Christmas installment will feature Alexandra Burke singing "Silent Night," while New Year's will have Travis Scott debuting his new hit, "Hands Up, Who Made It Through 2021 in This Bitch?" (Netflix)

Mixtape — As the 20th century yields to the 21st, a 12-year-old girl tries to learn about her dead parents by listening to the cassette full of tunes they've left behind. And then, no doubt, she'll join the Guardians of the Galaxy and everyone will think she's cool — until she starts talking about Jesus and Luigi. (Netflix)

Pen15 — The final seven episodes of Season 2 are about to drop, starting with Episode 9, "Bat Mitzvah." Fun fact: All of the extras you'll see in that one were approved by Sarah Silverman! (Hulu Original)

Beforeigners — As Season 2 of the Norwegian sci-fi series gets underway, clues begin to mount that its cast of time travelers from the past may include Jack the Ripper. See, if I'm going to be pestered by men out of time, I'm going to prefer it be David Brooks, because I hear he dances a mean quadrille. (HBO Max)

Voir — David Fincher is the executive producer of this series of "video essays," in which cinephiles talk about the ways in which the film medium has changed their life. Well, for one thing, without it they'd be over on Paramount+, singing "Ray of Light" while dressed as a striped bass in pumps. (Netflix)