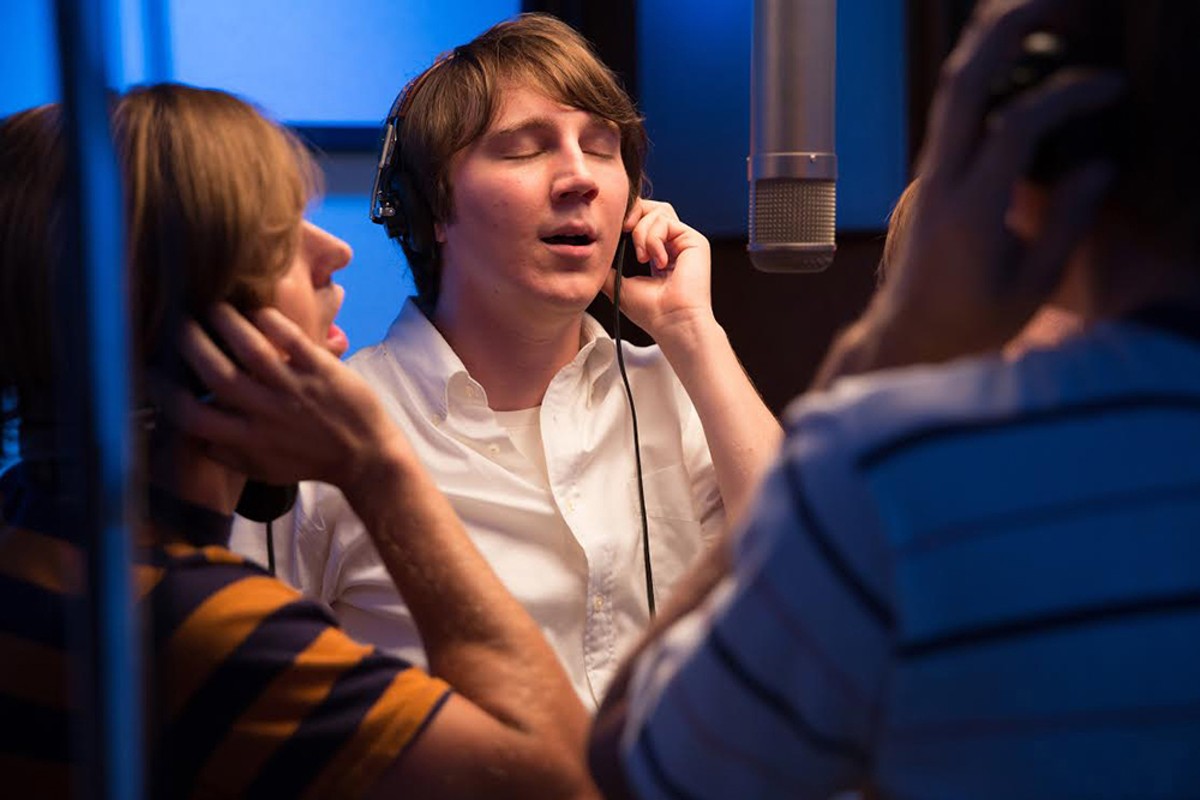 "Wouldn't it be nice to live together in the kind of world where we belong?" the Beach Boys sang in 1966 on their iconic Pet Sounds album. But what the LP's listeners didn't realize was that beneath those upbeat lyrics lurked a musician struggling to find a world where he himself belonged.

Love & Mercy is the story of the artistic rise and psychological fall of Brian Wilson, the creative force behind the top-selling American band of the 1960s. It's essentially two movies in one, with Paul Dano (There Will Be Blood, Little Miss Sunshine) perfectly capturing the frenetic musical perfectionism of the young Wilson and John Cusack tackling the tormented, overly medicated man from the 1980s.

Dano is more believable as Wilson than Cusack, and the shooting style and color palette of the 1960s segments – not to mention Dano's slight resemblance to Wilson – might make even hard-core Beach Boys fans do a double take. Throw in the other band members and some clever re-creations of the group's performances and promotional films, and this easily ranks as the best cinematic examination of the band ever, one of the best films of the year and one of the best music movies of the last decade.

Though accepting Cusack as Wilson physically might be a stretch, he embodies the musician aesthetically, helped along by an outstanding performance by the perpetually underrated Elizabeth Banks (Effie Trinket in The Hunger Games movies) as Wilson's girlfriend. Paul Giamatti is his usual stellar self as Wilson's manipulative and overbearing psychologist, but it's Banks who stands out. Seriously, when will she be treated as more than just an alternative to Rachel McAdams and given the respect she deserves? Well, I may have just answered my own question, as Banks could be in the discussion for a supporting-actress nod here, to perhaps accompany a nomination for Dano.

Director Bill Pohlad (better known as a producer) and writers Oren Moverman and Michael Alan Lerner have fashioned a satisfyingly creative, if not particularly revolutionary, overlapping format. We get little bits of Dano's musically innovative Wilson (with some wonderfully detailed studio moments) followed by stretches of Cusack's Wilson on the psychological brink, and vice versa. And along the way, we learn to appreciate the greatness of Wilson and discover what separated him from the rest of his group.

That separation is never sharper than when, in a deliciously metaphorical moment, Dano's Wilson invites his bandmates to swim out to him in the pool. "We're too shallow for the deep end," one replies.

The dual storytelling structure and strong performances are what most moviegoers will first notice about Love & Mercy, which shares its name with a song Wilson wrote for his 1988 eponymous album. But the film's greatest cultural contribution might be its revelatory portrait of a man we mistakenly thought we already knew – a man who, for much of his life, lacked his own inner harmony despite his ability to create beautiful harmonies for the rest of us.