‘Baggage Claim,’ ‘Cloudy With a Chance of Meatballs 2,’ ‘Don Jon,’ ‘Metallica: Through the Never,’ ‘In a World’

Opening in Orlando: what’s on screens around town 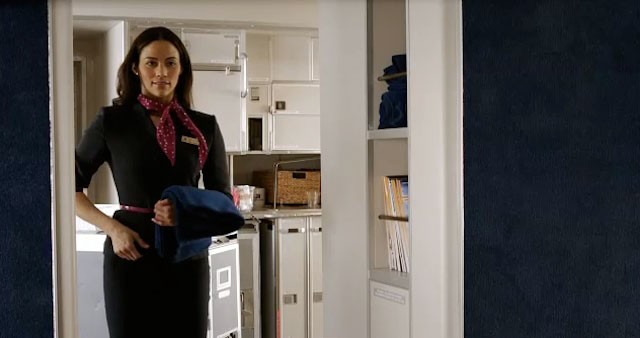 Baggage Claim Writer-director-playwright David E. Talbert offers a forward-looking piece of social commentary in which a young woman (Paula Patton) who’s desperate to get engaged spends a month looking for the right guy onboard a series of commercial airplanes. As the ’bots on MST3K once put it, “We’d just like to apologize to everybody for this.” (PG-13) – Steve Schneider

Cloudy With a Chance of Meatballs 2 And while we’re making the painful adjustment to Saturday nights without Bill Hader, the gods of timing rub our noses in it with this convenient reminder of what his cinematic career is and isn’t. This time, Hader’s inventor character has to contend with a plague of “foodimals” – creatures that are half-food, half-animal. (Which only sounds weird if you’re vegan, I guess.) “New York’s hottest nightclub is Tacodile! Located deep inside the mouth of a Mexican reptile …” Nope, guess I haven’t accepted reality just yet. (PG) – SS

Metallica: Through the Never Did you know that Monty Python’s Life of Brian was originally intended as a sendup of the first Christian disciples and that Jesus would actually appear as a character, but the idea was nixed because the Lord proved a pious scene-killer? It’s the same dilemma the Clash faced and then shrugged off in their Rude Boy, a drama about a roadie who had to contend with the social turbulence of 1979 London while brushing up against their holy presence. Now Metallica follows suit with Through the Never, in which one of their own lackeys has a “surreal adventure” during one of the band’s concerts. From Jesus to Joe Strummer to James Hetfield … this whole “too big to star in my own picture” thing just keeps getting more and more grandiose. (R) – SS

In a World It has to be the redemption story of the season: Lake Bell, once the hottie associate you just kinda sorta put up with on Boston Legal, writes, directs and stars in her first feature – a comedy about a female voice-over artist trying to break into the male-dominated field of movie trailers. Not only does she win the Sundance screenwriting award, but when the picture goes into release, the reviews are nigh-on rapturous. Super job to you too, Lake! (Rhona Mitra would like to hire you as a consultant.) (R) – SS