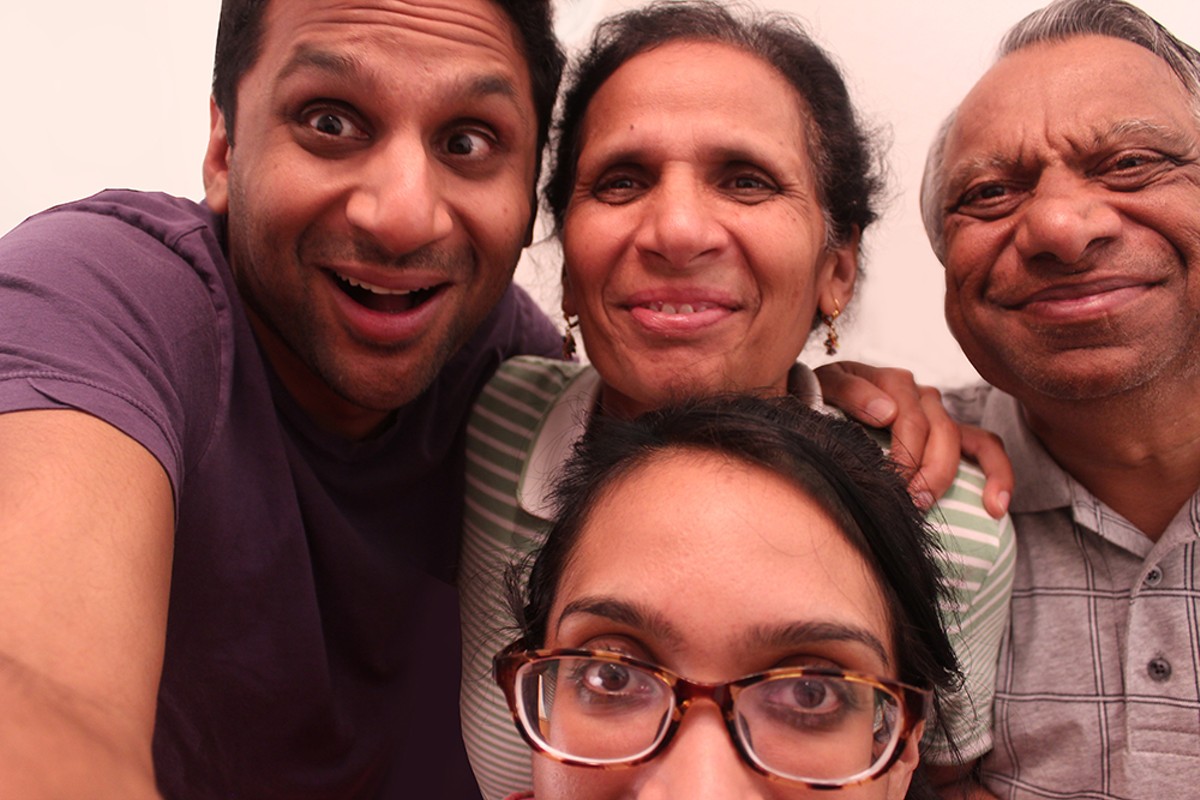 If Bollywood musicals are all you associate with Indian cinema, it's time you headed for the Enzian Theater's South Asian Film Festival, which dispels cinematic stereotypes by embracing all aspects of Indian and Pakistani culture. The festival turns 21 this year and will feature five films Oct. 3-5.

Co-presented with the Asian Cultural Association, the event draws about 700 patrons each year, second only to the Central Florida Jewish Film Festival among Enzian mini-festivals. Tickets to each movie are $11, with a festival pass costing $50. (The latter gets you priority seating.)

The menu includes tempura vegetables for $6, vegetable samosas for $7, chicken tikka with coconut rice for $9, and chicken kabobs with pita and green chutney for $10. For dessert, there's jalebi (deep-fried flour batter soaked in sugar syrup) for $6. And you can wash all that down with a Kingfisher beer for $3.50 or a mango lassi (yogurt-based drink) for $6.

The festival opens with the East Coast premiere of Dhanak (★★), or Rainbow in English, at 11 a.m. Saturday. Not only is this motivational tale the most traditional of the offerings, it's the only one entirely suitable for kids.

Dhanak is the story of an indomitable pair of Indian children: Chotu, an 8-year-old blind boy, and his 10-year-old sister, Pari. Neglected at home, they set out alone on a 180-mile journey across the Indian desert to meet Pari's cinematic idol, whom they believe will secure an operation to restore Chotu's sight.

"Off we go to change the world and reach for the sky!" Pari tells her brother.

Though overflowing with sweetness and not without charm, the Hindi-language Dhanak is tonally challenged. Wanting to blend inspirational drama and fantasy, the overly long film even embraces Bollywood musical briefly. Though Hetal Gada as Pari and Krrish Chhabria as Chatu are competent child actors, they simply aren't compelling enough to carry this Indian "genre film," which suffers from stagey scenes, stiff performances and subpar editing.

Dhanak's polar opposite, Among the Believers (★★★★), screens at 1:45 p.m. Saturday. It's an astonishingly realistic and balanced documentary about the Red Mosque movement in Pakistan. Focusing on chief cleric Maulana Aziz, his moderate opponents and two children affected by his campaign of terror, the film is a horrifying glimpse into Pakistan's political nightmare. Directors Hemal Trivedi and Mohammed Naqvi (at least one of whom will be at this Southeast premiere, along with producer-writer Jonathan Goodman Levitt) were granted unprecedented access to their subjects, and their film is not just the best of the festival, but the greatest doc I've ever seen on this subject.

"We already have 5,000 students, but there's always room for more. After all, Allah provides for everyone," Aziz says of his network of madrassahs, or religious schools. Then, turning to one of his young, brainwashed followers, he asks, "What do you want to be when you grow up?"

"A jihadist fighter," the boy answers obediently, while another young child adds, ominously, "All this hard work will pay off when we die."

A weightier, more adult-oriented version of Dhanak, director Shrihari Sathe's 1000 Rupee Note (★★★), which screens at 11 a.m. Sunday, is a parable similar to John Steinbeck's The Pearl.

A dirt-poor widow in rural India, Budhi is still mourning the suicide of her young son when she is encouraged by a friend to attend a political rally. Moved by her story of grief (or just looking to buy another vote), the corrupt politician hands Budhi four 1,000-rupee notes. Though the film muddles the story surrounding the amount of money she receives and how much people think she's really been given – partially because of bad Marathi-to-English translations – the filmmaker's message is both clear and emotionally powerful: "When the goddess of wealth comes, she brings trouble with her too."

The pacing and supporting performances aren't stellar, and the third act gets bogged down in police politics, but Budhi (portrayed well by Usha Naik) is a compelling character caught up in the most universal and relatable of allegories. (This is the Southeast premiere, and the director will attend.)

Margarita, With a Straw (★★★), at 1:45 p.m. Sunday, is for mature audiences only, in every sense of the word. This uncomfortably personal film directed by Shonali Bose and Nilesh Maniyar forces us to deal with issues we might prefer to ignore, including misogynism, prejudice, bisexuality and physical disability.

A talented young lyricist, Laila seeks educational opportunities and a sense of normalcy that are tough to achieve when you have cerebral palsy – and doubly tough when your mother and Indian culture are holding you back from your full potential as both a musician and a sexually healthy adult. So she journeys to New York City to find a different life.

The film's first act feels rushed and deprives us of some plot details. There are also some structural flaws that make the movie sometimes feel like a collection of scenes instead of a fluid narrative. But a stunning performance by Kalki Koechlin (Laila), a quiet maturity, a powerful ending and the guts to navigate uncharted waters make this the second-best festival offering.

Though the festival is well-balanced, it regrettably ends with a documentary that has no raison d'etre, beyond being a promotional device for Indian-American actor Ravi Patel, who is on a quest to find his life partner. Though Meet the Patels (★), screening at 6:30 p.m. Monday, will undoubtedly elicit laughs thanks to its cloying attempts at quirky charm and cultural commentary, it is better suited to reality television than the Enzian.

Speaking to his sister and co-director, Geeta, Ravi says, "And behind the camera was you, sister, documentary filmmaker but by no means a cinematographer. That's why, for the next hour and a half, we will be treated to footage that is out of focus, poorly framed and often has a microphone in the upper right-hand corner."

I couldn't have said it better myself.