45 Years showcases acting and filmmaking at its finest

Holding back the years 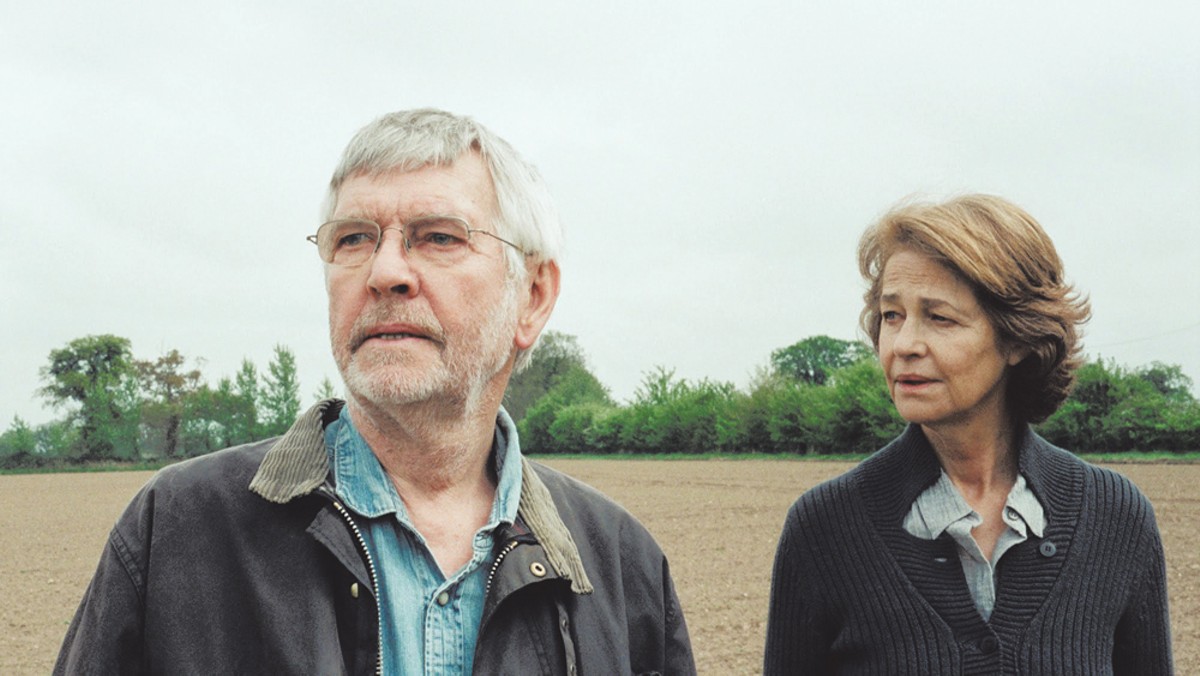 For 44 years, 11 months and about three weeks, things were just fine in Geoff (Tom Courtenay) and Kate (Charlotte Rampling) Mercer's marriage. That's a pretty good run, but with their 45th anniversary party mere days away, a bombshell is dropped that rocks its very foundation: The body of Geoff's lover, whom he knew before he met Kate, is found in the Swiss Alps. To this point he had only known that she disappeared; the discovery of the body sets off a swarm of emotions and discoveries for Geoff and Kate that brings the purity of their love into doubt. Ironically, this all happens as Kate plans the anniversary party that's supposed to be the ultimate celebration of their love.

Ostensibly, finding the body shouldn't be that big a deal, aside from bringing up a few painful memories for Geoff. It all happened before he met Kate, after all, but his emotions run deep. Geoff and Kate, meanwhile, rarely talk about emotions, they don't have many pictures of themselves and they never had kids, so surprises and jealousy soon emerge. No, there is no grandiose twist in which the audience learns that Geoff is a murderer. Director Andrew Haigh's story is too brutal and honest and realistic for that. The narrative plays out in plain, pensive ways, and because the performances are so good, the movie is superb.

Rampling deserved her Oscar nomination for Best Actress. (The prize ultimately went to Brie Larson for her role in Room.) She emotes with her body and face, not just her words. Every time Kate asks questions she doesn't really want the answer to, and then receives the answer she didn't want to hear, you can see the hurt in her eyes. Her performance as a woman who learns that she's not the love of her husband's life is heartbreaking.

Courtenay is subtly effective as a man trapped in thoughts of what his life could've been had it proceeded as he envisioned 50 years earlier. Geoff doesn't get emotional about his lost love, but he does behave strangely after he learns the body was discovered: He starts smoking again, he doesn't engage with others, and he even thinks about travelling to Switzerland without Kate. Courtenay plays Geoff as relatively oblivious to the impact his actions have on his wife, which makes the viewer's heart ache even more for her.

Haigh, who adapted the screenplay from David Constantine's short story In Another Country, provides a naturalistic feel that's echoed by the quiet serenity of the English countryside where Geoff and Kate live. His camera is observational, not intrusive; most of the time Geoff and Kate are framed together on screen, or one is just off-screen and talking to the other. By allowing the viewer to be a voyeur as the relationship dissipates and not using excessive close-ups or other visual tricks to accentuate the hardship, Haigh deeply immerses us in the story. It feels like the audience is a fly on the wall watching it all happen. It's the right approach to take.

A spoiler-free word on the ending, which comes after a dance at the anniversary party: It's an unbroken three-minute final shot, and you should listen to the lyrics of the song as you watch Rampling's face. This is acting at its absolute finest, and under Haigh's steady direction 45 Years is filmmaking at its best.