Worth the drive: Bern's Steak House in Tampa 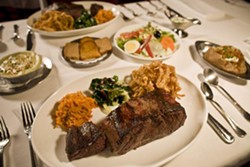 Photo courtesy Bern's Steak House via Facebook
National food blog Eater praised Bern's Steak House this week for its "retro decadence," so the secret is out, but Central Floridians have known and loved the place for years. When I saw the note at the bottom of the menu reading, "Well Done is not a recommended temperature," I knew Bern's and I were a match made in heaven.

If you're looking to get out of town and have a meal that you won't soon forget, Bern's Steak House should be hi-pri. Just about 50 minutes from Orlando, it's situated in the SoHo (short for "South of Howard") district of Tampa, full of quaint bungalows and cute divey bars that serve brunch, with the bay just a couple of yards away, where much of the Gasparilla festivities go down.

Don't look for an opulent exterior; the building is basically an unmarked white box. But upon entering the place, you'll feel like you just stepped into the Haunted Mansion at the Magic Kingdom – low candlelight, red velvet tapestry on the walls, antiques and art up to the ceiling. Once you're shown to your table in one of the many rooms that make up the restaurant, you'll pick your cut, your thickness, your doneness (well-done-ers, don't even bother) and the sides will start flowing, starting with a blistering-hot crock of French onion soup with the appropriately browned blanket of Gruyère on top.

After dinner, make your way through the kitchen (tours are happily given) and into the wine cellar. Bern's is consistently awarded high marks and James Beard nods for its wine program, and it's no wonder. It's a labyrinth of bottles from the late 1800s to today, not to mention the huge selection of fortified wines and spirits also taking up residence there. Even if you know nothing about wine, it's a sight to behold.

Dessert is another to-do, since it's served in a completely different restaurant altogether. Couples and small groups gather in private pods (yes, pods) each equipped with their own sound system so they can punch a button on the old-timey "radio" for your personalized dessert soundtrack. Slide the door closed after dessert is served and slather it all over yourself (or each other). No one will know. 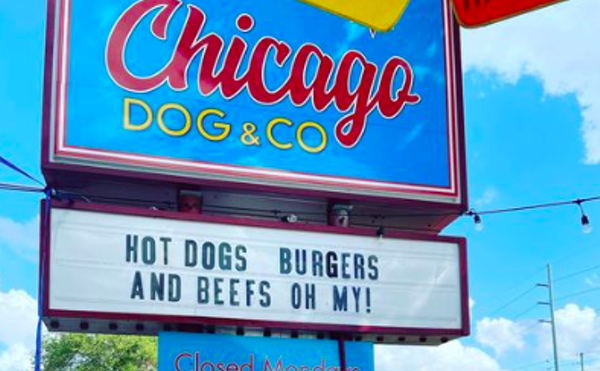