The fish at Gordon Ramsay Fish & Chips stars, but you’ll pay a pretty pence for it 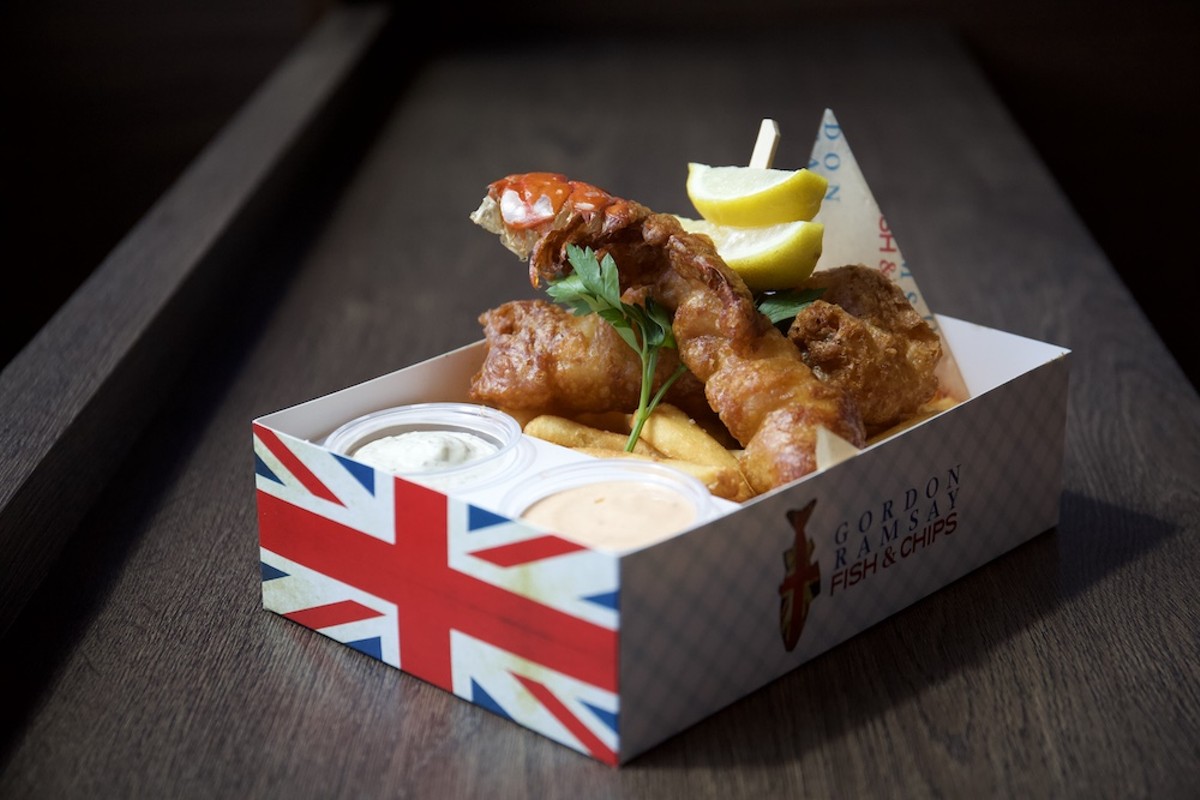 "Seventeen bucks is too much for this, innit?" said my Brit pal, gesturing at the three-piece box with fries from Gordon Ramsay Fish & Chips. "I wouldn't pay more than 10 bucks for this."

Perhaps, but others didn't seem to have a problem with it, not on my first visit back in August when the queue was out the door. But on this Friday lunchtime visit in October, just a smattering of folks, mainly tourists, indulged themselves on the outdoor patio.

"Can you imagine paying $17 for a three-piece box at Popeye's?" I countered. My pal heard me, but he was preoccupied trying to open a packet of malt vinegar with greasy fingers. "For $17, you'd think they'd offer bottles of malt vinegar, not these bloody stupid things." He had a point, so I tore a packet open for him with my teeth. Not the most hygienic act of altruism, I know, but it was kinda sad seeing an Anglo being denied the opportunity to malt up his chips — which, BTW, come sea-salted or in three other "dirty" varieties. For $3, you too can "dirty" up your chips with a variety of toppings like truffle and Parmesan to round your meal off to $20 — or $19.99, to be precise.

I will say the fish was proper scrummy, and the batter astoundingly crispy. In an interview with the Los Angeles Times, Ramsay said he tested the batter and it stayed crispy for 32 minutes. Indeed, on that initial visit, the fish did retain its crackling exterior after a 30-minute drive home. Ramsay attributes the stellar batter to a lemon-salt cure which prevents the fish from getting watery. Water, of course, can turn the dreamiest of batters into kitchen nightmares, so props to you, Gordo. 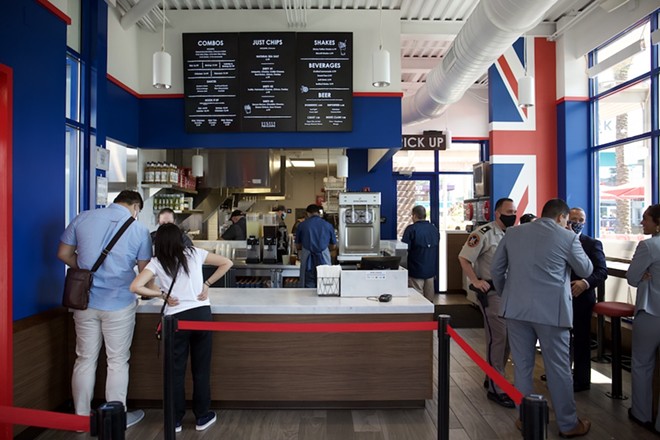 But that batter can also easily overwhelm, as it did the shrimp in the lobster & shrimp combo ($21.99). All we tasted was batter, plus the flesh of some indeterminate sea creature. It was the lobster in the crustacean pairing that really popped our eyes open; it was so overpoweringly salty it had us both wincing after each bite. "I feel my blood pressure rising," said the chum. Dipping the meat in tartar and mango-curry sauces didn't do much to neutralize the salinity. Best to stick to the fish — you can even get a "fishwich" wrapped in "naan bread" for $17.99. (A shame they don't offer any "chai tea" to enjoy with it.)

For that matter, they don't offer any malty English ales either. But if it's an utterly cloying shake you want to pair with your fish and chips, well, you're in luck: Both sticky toffee and Biscoff shakes ($6.99) gave us the sugar willies. "I think I've just contracted diabetes," said my disease-prone dining comrade — how many ailments can you contract in the course of one meal? — and we left the treacly beverages for the flies that pestered us throughout.

On our way back to the car, I noticed another British institution — Madame Tussauds — at Icon Park. "I wonder if they have a Gordon Ramsay in there?" I asked. Not missing a beat, my friend shot a knowing look my way and said, "Well, the place is full of dummies." Ouch.