The Edison touts invention and imagination, but its kitchen lacks inspiration

The restaurant with two brains 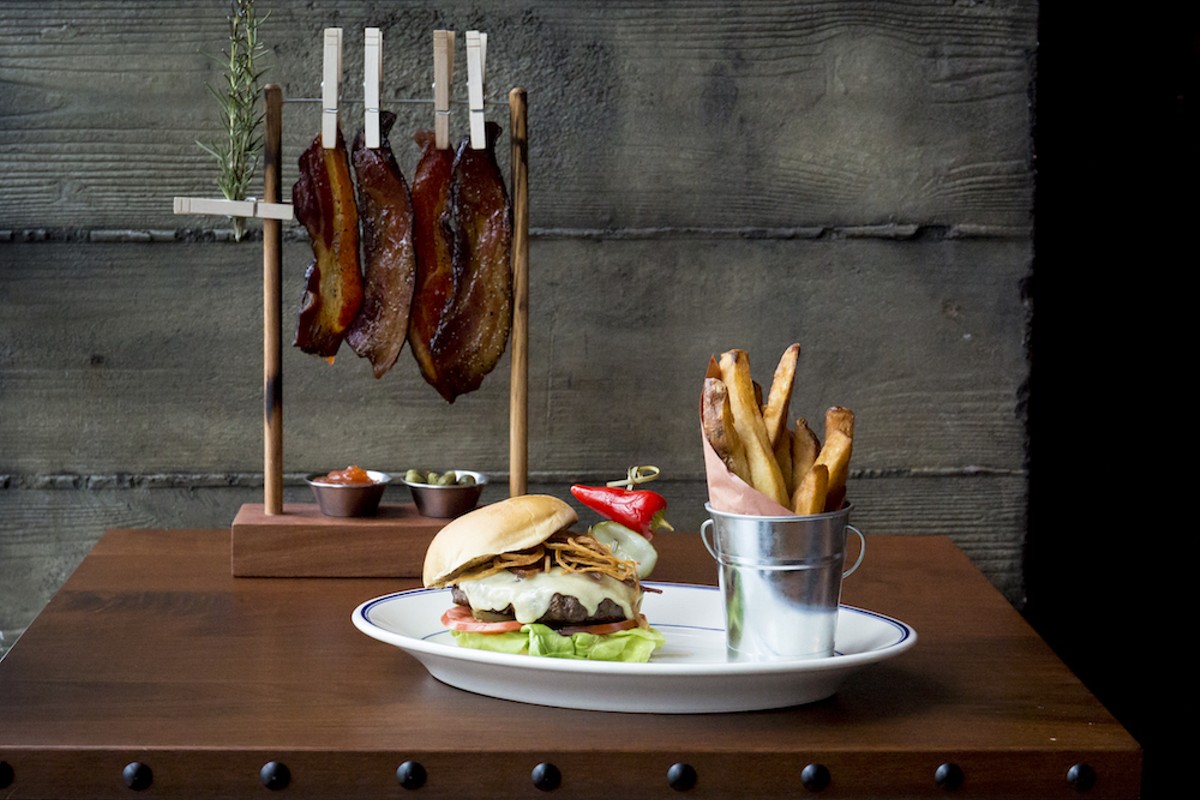 Here we have the Edison at Disney Springs, Patina Restaurant Group's version of the downtown Los Angeles original – in which, it should be noted, Patina has no stake. Yet Herculean efforts have been made to replicate the post-industrial authenticity of its Left Coast cousin, itself an old power plant rescued, renovated and reanimated in the mid-aughts into a sophisticated and sexy supper club by design/construction guru Andrew Meieran.

The Disney Springs locale is impressively bedecked with working mechanical apparati one can't help but be dazzled by – Birchfield boilers, steam engines and a massive clock tower make for conversational pieces of the highest order, no doubt. There's a stunning mural next to the restaurant's upper-level bar and plush Deco nooks throughout the grand multilevel space. Roaming "inventors" in full steampunk costume seek out the curious to show off their gizmos and doodads – hey, Disney without the kitsch would be like Tesla without the coil. After 10 p.m., the Edison, umm, transforms into an adults-only venue with live music, aerial acrobats and cabaret performers. It's all quite fun and lively, unless you're asked to leave for dressing like a skateboarder.

But what of the inner workings and machinations in the kitchen? For one, the menu bears no similarity to the L.A. Edison, save for the worthy deviled eggs ($12) served over a rasher of prosciutto – which our server pronounced (incorrectly) three different ways. A fresh ahi tuna poke ($16) with pickled onions, toasted peanuts, cilantro and, perhaps, too much pineapple could be passed on in favor a trio of damn fine corn dogs ($13) "dancin'" upright on sticks. Oh, you'll be tempted to order the DB "Clothesline Candied Bacon" ($14) for its extremely Instagrammable presentation, but #resist these overly dark slabs and go for the "Hawkers Box of Balls" ($14), a shockingly fiery serving of lamb meatballs in harissa. The harissa really set our mouth ablaze, so no surprise we saw smoke rising to the rafters soon after we finished it. 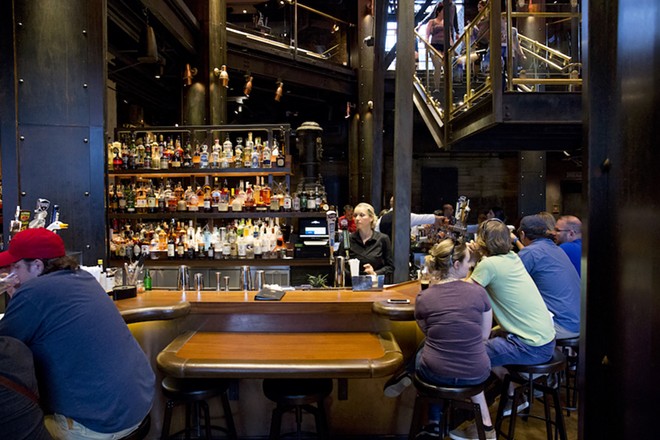 The source, it turns out, was the bartender on the level beneath us crafting a cocktail with a smoked herbal garnish. But back to the bacon – the "DB" is likely a reference to Top Chef Master David Burke, the man who originally contrived the clothesline arrangement. Burke's cake lollipop tree ($18) also makes an appearance as a dessert offering, though it's a little baffling why the Edison chose to spotlight two of Burke's dishes, seeing as he's not in the Patina family – unlike Masaharu Morimoto, whose signature tamarind ribs are listed as a "patented specialty." Also baffling was all the negative space in the uninspired plating of jumbo lump crab cake ($34). Two puck-sized cakes (not one) sat on a large oval plate with a small mound of green papaya-mango salad, except that mango was replaced by carrots. The forgettable crab cakes themselves were held together by a goopy mustard sauce and a heavy panko breading. A plate of dry meatloaf and gravy ($24) contained very little gravy and more of the advertised spicy ketchup glaze, with a slab of bacon thrown atop the loaf. Mashed potatoes and roasted carrots were the passable accompaniments. A ($19) lamb burger coated in creamy goat cheese, cucumber slaw and tzatziki elicited nary a reaction.

Serving a banana split ($12) in a square bowl for dessert was more annoying than ingenious, and the kitsch returned with a Rocky Road shake ($16) served in a big-ass beaker. The beaker is fun, I suppose, and families will certainly get a kick out of it, but for a restaurant celebrating an era of invention and imagination, the creators of Edison's menu could use a few more light-bulb moments.