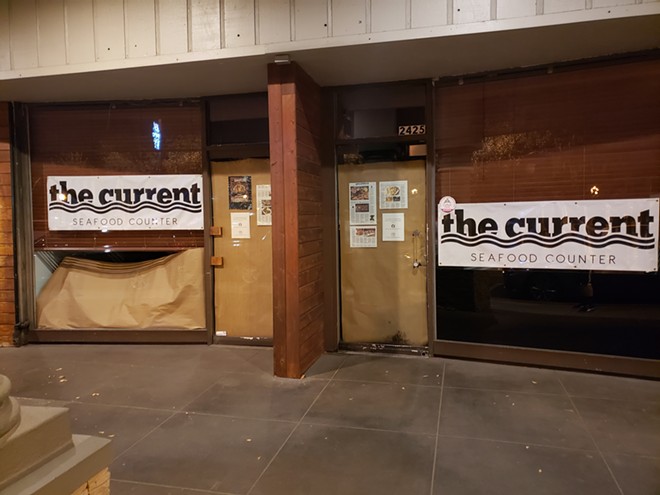 The restaurant makeover of Edgewater Drive in College Park continues.

We told you in August that Top Protein would start making "meat made from ruminant milk" where Brazilian-Lebanese joint Jaber once stood. Then in September, Pizza Bruno opened in the old Tin & Taco space, offering Jersey-style pies. Owner Bruno Zacchini followed that up by announcing Dizzy Donuts would open in the space between Adriatico and Graffiti Junktion in early 2023.

Now comes word that the Current Seafood Counter will move into the space recently vacated by Jade Sushi & New Asian, next door to Pizza Bruno. Only it won't be a counter like its stall inside Henry's Depot, but an 80-seat restaurant offering fried and blackened seafood, shellfish and lobster rolls as well as sandwiches, soups, pasta and non-seafood items as well. 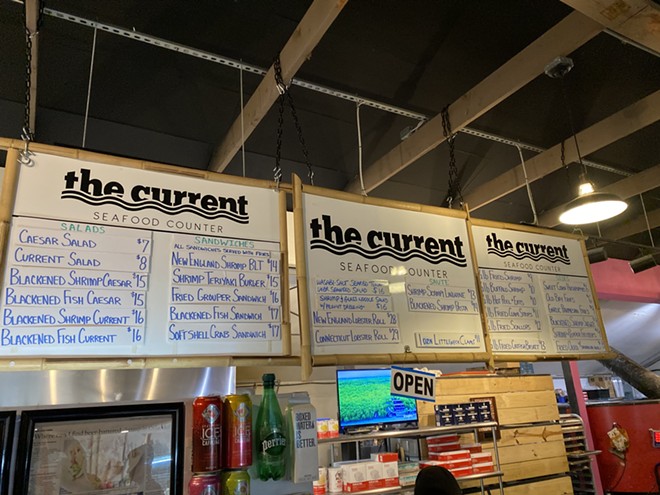 Owner Mike Smith says beer and wine will also be offered, and he's hoping to add liquor though, he adds, "We will keep it simple and not get too into the craft cocktail game."

Asked why he chose College Park to open his restaurant, Smith says he's been looking for the right spot to further develop the concept, and this location "felt like a good step for that."  He also lived in College Park a few times over the years.

"I went to Edgewater High School, and I bought my first house on Princeton Street, so it’ll be neat to go back and set up shop."

Those in the Bokey concerned about their beloved little counter inside Henry's Depot, fear not. Smith says that it's going swimmingly up there and that the Sanford operation has such a great following that he will most likely "never close it down."