The best restaurants that opened in Orlando in 2019 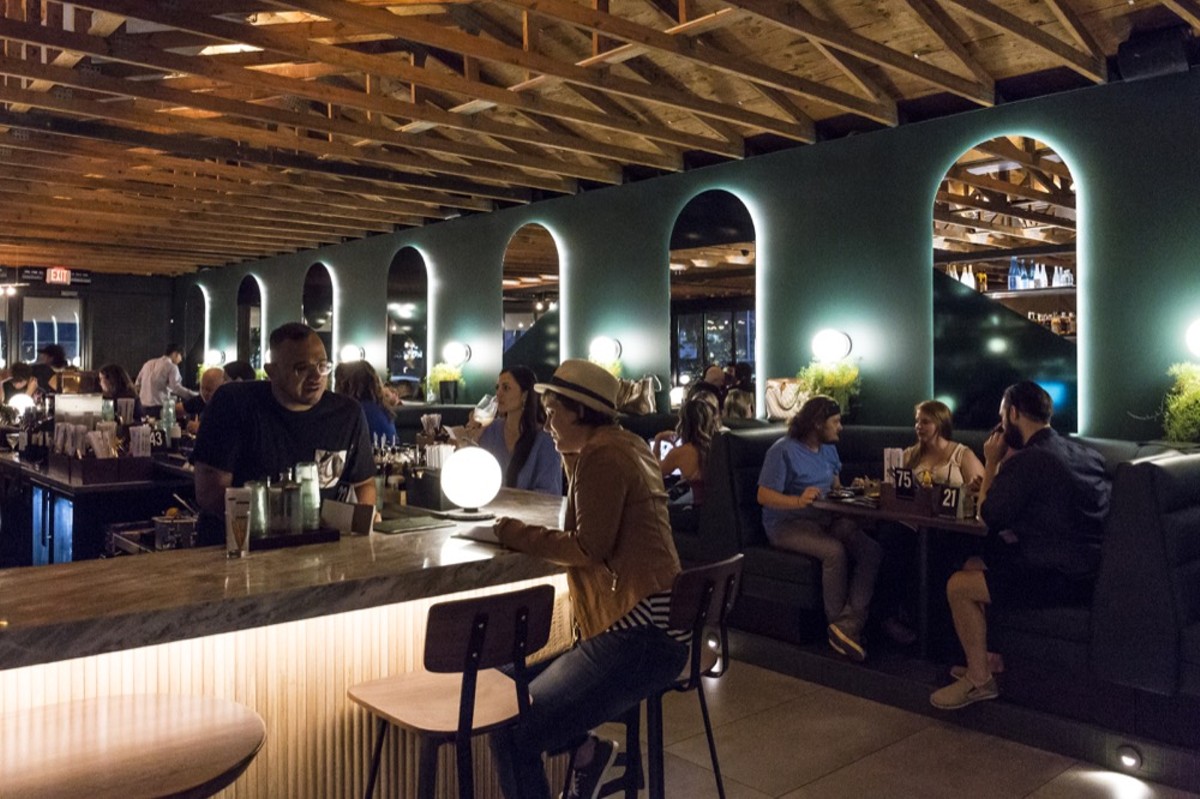 In many ways, 2019 was the Year of the Immigrant. It's hard to think of a time when stories of human migration and the desperate search for a better way of life so dominated the news landscape. You'd have to go all the way back to, oh, 2018 or, possibly, 2016 to recount the swell of such incidents – incidents often mired in tragedy and violence; when inhumanity quashed common decency; when bridges were razed in favor of fortified borders; and when the growls of populism drowned out the voices of tolerance.

The world of food was not immune. Restaurant owners were both targets of racism and accused of cultural appropriation. Issues of "authenticity" drove chefs to silence or got them into hotter water. (Like running a restaurant isn't hard enough!) But food has a way of bringing us together. José Andrés, an outspoken critic of the current administration's immigration policies, not only found a way to serve food in disaster zones through his World Central Kitchen, but managed to find the time to pop in to Orlando for the grand opening of Jaleo.

What 2019 ultimately showed us is that the face of the city's restaurant scene is changing and changing for the better. The influence of Asian cuisine is undeniable with restaurateurs Johnny and Jimmy Tung, Sonny Nguyen, Henry Moso, Chau Trinh, Jason and Sue Chin, Sunny Corda, Lewis Lin, Hoi Nguyen and many more leaving their indelible gastronomic mark. Immigrant food shines in Orlando and a glint is reflected in the list below. Here, then, are the very best restaurants to open in 2019.

No. 1: Tori Tori
720 N. Mills Ave., toritoripub.com
opened Oct. 16
Some of the year's best dishes came courtesy of meats grilled over binchotan coals at this slick Mills 50 cocktail bar (yes, it's a bar – don't call it a restaurant) by Sonny Nguyen of Domu fame. The sheer variety of yakitori and kushiyaki offered at Tori Tori presents a carnivore's dilemma, but trust me, deciding whether to order another plate of chicken skin with tare or whole Japanese flying squid is a good problem to have. Now, there'll be those who won't like the whole process of ordering food from a bartender, being handed a number, then left to search for a hard-to-come-by seat to await a runner to deliver your eats (and drinks). To you, I say this: Don't be such a whiny pillock. Suck it up or you'll miss out on dining in Orlando's best new restaurant. Er, bar. 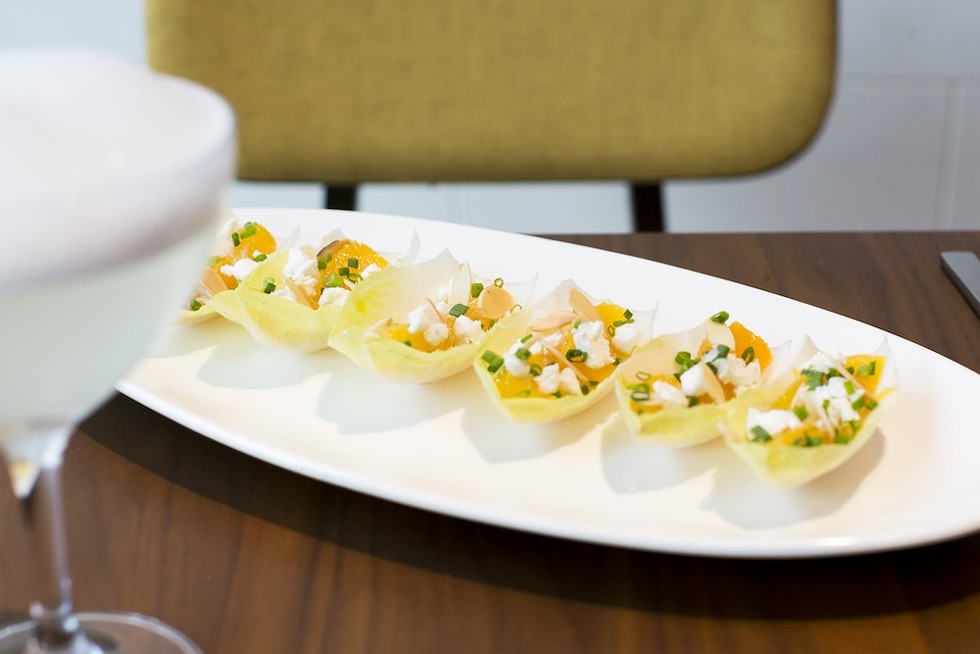 No. 2: Jaleo
Disney Springs, jaleo.com
opened March 17
It didn't take very long for Jaleo to establish itself as the best restaurant inside the Culinary Circus Maximus of Disney Springs, and not just for the name recognition of José Andrés or because Jaleo's D.C. outpost was a 2019 James Beard Award finalist for Outstanding Restaurant. No, local and visiting gourmands alike come for Spanish eats both traditional and postmodern, with Andrés protégé Rodolfo Guzman commanding the kitchen. Chef's tasting menus, highlighting the regional diversity of Spain, are equal parts whimsical and serious: Anchovy- and piquillo-stuffed Gordal olives served alongside a molecularized "liquid" olive, for example, or pata negra "tacos" filled with Ossetra caviar. The fancy Josper oven spits out supremely tender meats and, naturally, paellas and gin-tonics play an important role in Jaleo's offerings. Of greater significance perhaps is that Disney Springs finally has its centerpiece restaurant. 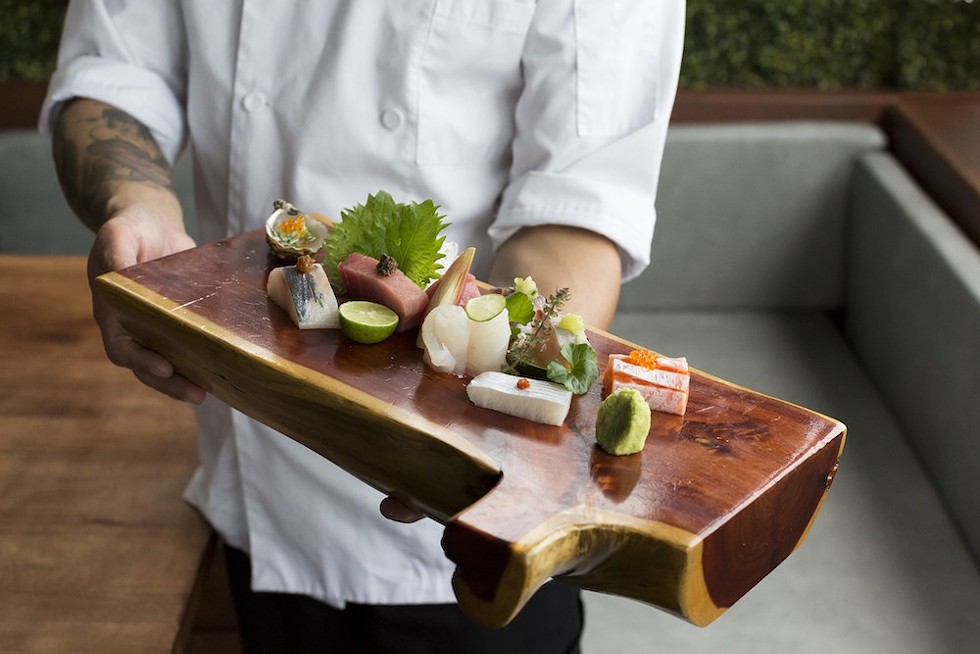 No. 3: Kabooki Sushi Sand Lake
7705 Turkey Lake Road, kabookisushi.com
opened May 1
At the wizened age of 29, Henry Moso has become one of the city's most forward-thinking sushi chefs, having wowed guests at his East Colonial Drive restaurant with extravagant multicourse omakases. Now his blinged-out brand of high-end Japanese dining is wowing the deep-pocketed denizens of Dr. Phillips, and dazzled they are. The space, in its 50 shades of sultry, is seductive; the menu of cold and hot tastings is indulgent; and splurging on one of Moso's prodigious omakases is an essential experience for sushi lovers. The sweet Okayama hotate topped with a green apple aguachile and watermelon pearls with a yuzu sunomono was the best thing I've put in my mouth this year. 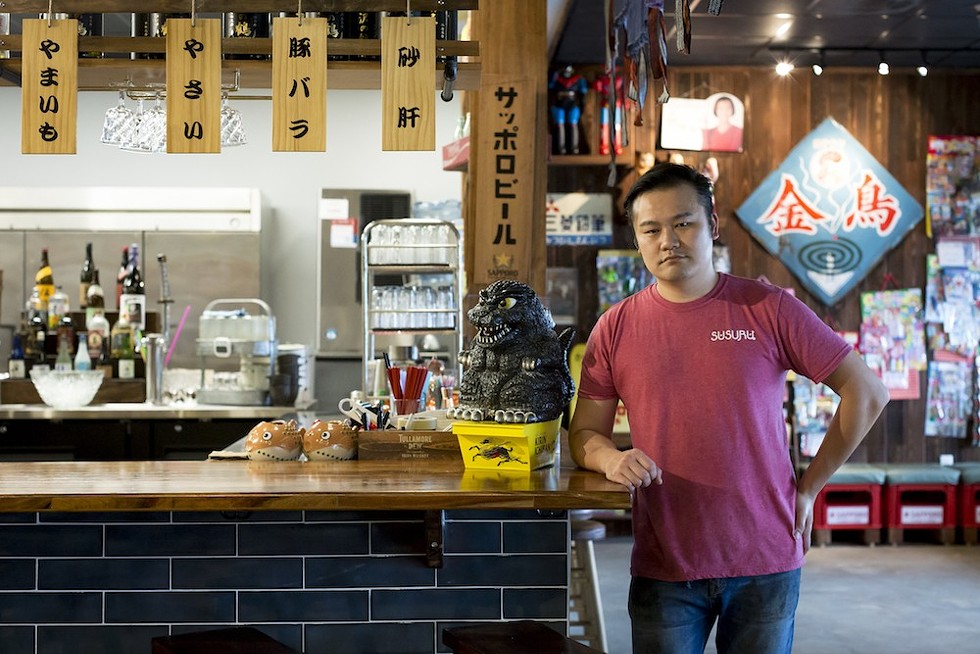 No. 4: Susuru
8548 Palm Parkway, susuruorl.co
opened Jan. 3
Look past the way-cool manga paraphernalia and fun decor steeped in 1950s Japanese nostalgia and you'll find cooks hunched over binchotan coals searing some of the best yakitori anywhere. Unique cuts of chicken like the achilles (the lower thigh), knee cartilage and tail add a dimension of adventure, but street snacks like yuzu street corn and tori senbei (crispy chicken chips) have broader appeal. There are ramens too, of course, the most notable being a not oft-found tori paitan featuring a 24-hour chicken broth reduced to a rich, creamy, tonkotsu-like consistency. 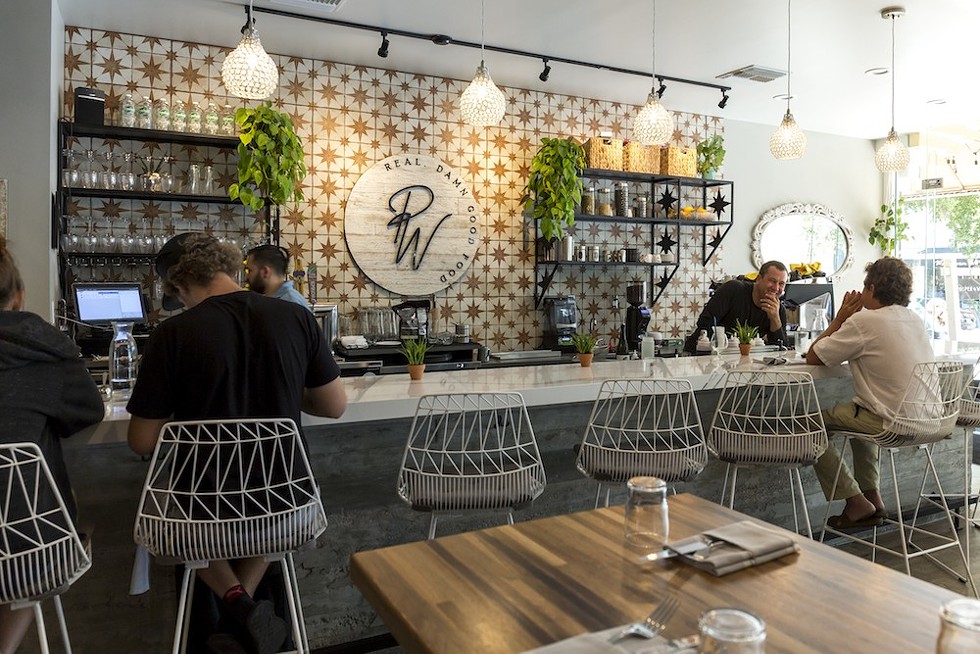 Photo by Rob Bartlett
The bar at Proper and Wild

No. 5: Proper & Wild
155 E. Morse Blvd., Winter Park, properandwildwp.com
opened Jan. 29
Chelsie and Jamie Savage continue to push the bounds of vegan cuisine in this city – just ask the scores of vores both herbi- and carni- who hold the couple's Sanctum Café in a similar regard as Angelenos hold Sqirl. In Proper & Wild, their handsome, high-end restaurant off brick-lined Park Avenue, the Savages get creative with their plant-based offerings: chickpea fries with Madras almond aioli, "heartcakes" served with a panang remoulade and a yellow curry-kimchi burger with its East-meets-Far-East flavors.

Honorable Mention: Makani
8255 International Drive, facebook.com/makaniorlando
opened Aug. 16
The sheer number and variety of chandeliers and lighting fixtures in the city's first (to my knowledge) Egyptian restaurant is reminiscent of the showroom at Lightstyle of Orlando, but the fare – be it kebda, the Alexandrian street food specialty of pan-fried beef liver marinated in a host of spices, or koshary, the Egyptian national dish of black lentils, chickpeas, rice, macaroni and spaghetti in a tangy tomato sauce topped with fried onions – proves most illuminating. The mixed grill served atop a golden hotbox with burning embers might be the most gorgeous way to enjoy meat in Orlando.