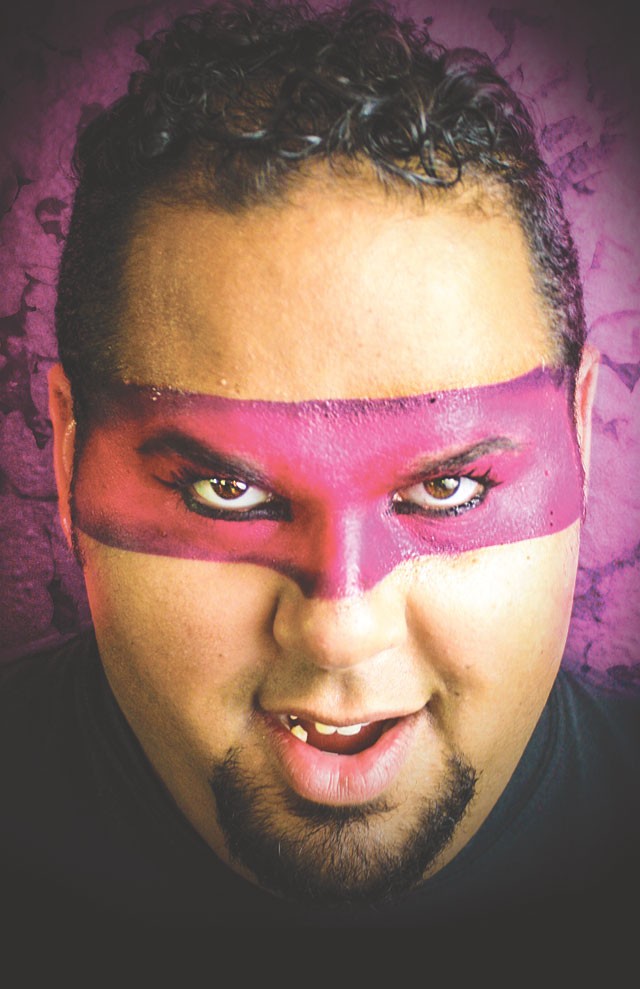 Logan Donahoo wears many hats. He's a Fringe Festival veteran as well as a radio host, comedian, LGBT activist and an aficionado of bad cinema. He recently took some time to discuss his latest endeavor, Trash Cinema 101, which screens a new so-bad-its-good film on the third Saturday of every month.

Orlando Weekly: The Venue seems like an unconventional location for film screenings. How did you sell them the idea for a bad movie night?

Logan Donahoo: I wanted to reincarnate the show from its Fringe Festival run, and I stated that I didn't care what sort of space it was in (movie theater, performance hall, dance studio, nightclub). … Immediately, people said, 'You need to talk to Blue! See about the Venue!' The minute I described what I did, they were instantly giddy and supportive. They were really open to the philosophy of their space being anything from a traditional theater, cabaret spot, burlesque stage, movie-screening space, whatever! It works well, actually. Historically, a lot of the old burlesque houses in America were movie theaters during the afternoons and early evenings. I guess that marriage was meant to happen again with us!

What qualities separate the bad films that people find enjoyable from the films that are simply just bad?

If you can't imagine watching it with friends and laughing at it or just enjoying it on some camp level, then it's just bad. There's gotta be that potential for joy or frivolity. It can have that car-wreck-I-can't-look-away-from quality, but only to an extent. When the fun is gone, you're just left with a bad, unwatchable film. I classify 'trash' cinema as any film with a distinct excess or lack. Excesses like excessively gay, excessively violent, excessive nudity, and so on. Some of the lacks can be lack of artistic restraint, lack of budget, lack of good script and more. Those films get dismissed by the mainstream and picked up by people who treasure them.

Do you have any truly rare gems lined up for Trash Cinema 101?

Honestly, it comes down to finding which films we can legally show. In general, though, I wanna start audiences off with a bunch of easy pitches first. For example, a lot of people at our premiere had never seen all of Night of The Living Dead before. After we live up to the '101' part of the name, I'd love to see some real obscure stuff. Mondo Trasho by John Waters, The Holy Mountain by Alejandro Jodorowsky, maybe the pre-Eraserhead short films of David Lynch. Make people really scream, 'What the HELL am I watching?'

A lot of people claim that Troll 2 is the best bad movie. Do you agree with that sentiment?

I think it's ONE of the best bad movies out there, but I don't know if it's THE best (laughs). They have a really ardent, organic fanbase, though. That's always where the best cult-movie fun is had.