Science is making hangovers things of the past 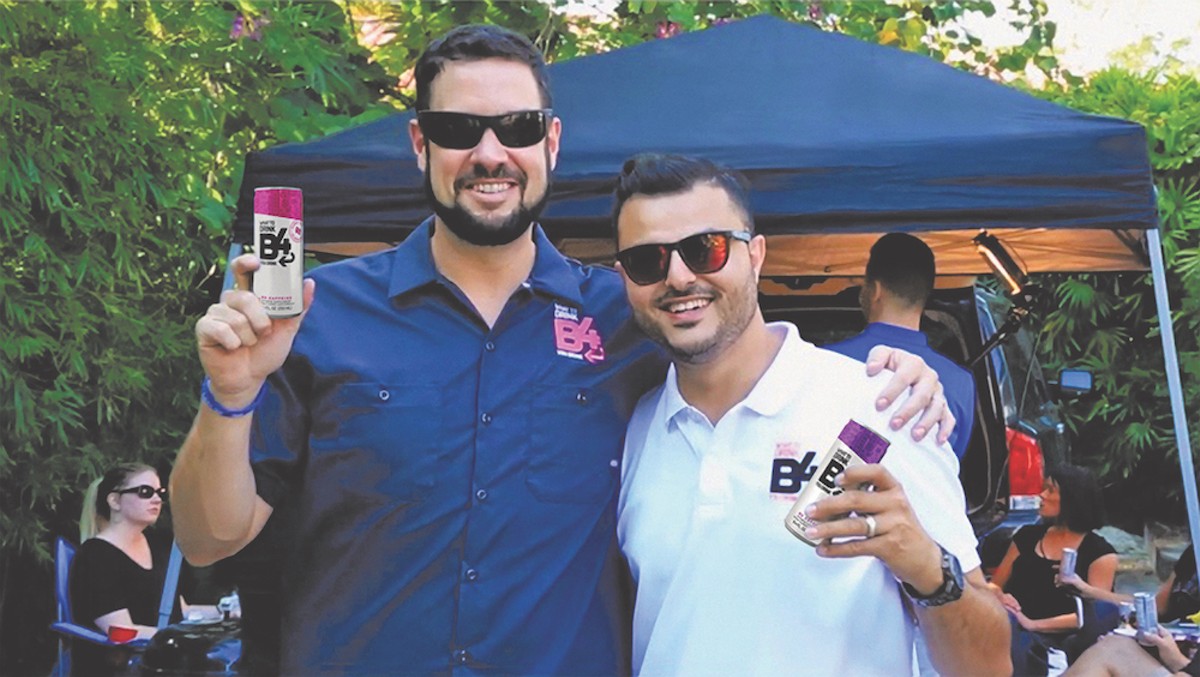 Break out the beads and masks: Mardi Gras is coming up! We all know that means fun with friends, parades, general debauchery and of course, drinking. There are events all over Orlando, from concerts at Universal Studios to bar crawls to private parties. It's a day to remember — the only downside is the next morning.

We've all been there: waking up and remembering the fun you had the night before, then stopping in your tracks and realizing what's coming. You start opening one eye very slowly and see the harsh light of day coming in through your blinds. It feels like pickaxes are chipping away at the inside of your skull, your skin feels like crepe paper because all of the liquid in your body has jumped ship to help your internal organs, and you're so dehydrated that your first sip of water evaporates on your tongue. You've got a hangover, and now the rest of your day is devoted to recovering.

But recovery from hangovers doesn't really work out that well — you're either delaying the inevitable with some hair of the dog, faking it through the day with coffee, or curled up on the couch, running out the clock. None of these recovery options allow you to enjoy the day after drinking to its full potential, and none of them solve the problem of a hangover. That's why "precovery" to prevent a hangover is the way of the future.

What is "precovery"? It's a concept developed by spirits expert Dave Larue and pharmacist John Mansour, the Orlando-based creators of preventative elixir B4. B4 is a vitamin supplement that's used just how it sounds — drink a can within the hour before you start drinking, wake up in the morning refreshed and ready to go. It takes action before you begin your night out, unlike other products on the market that you consume before your last drink or the next morning. "We saw there were a ton of smart people out there creating products, but it seemed like they weren't solving the proper issue. We looked at the problem differently, which is 'why are you waking up the next day feeling bad? Why can't you feel good?'" says Larue, whose years of experience in the alcohol business taught him all too well about the morning-after pain that comes with industry networking. "We're actually reshaping people's behavior."

"We are very much focused on the science and staying true to that," states John Mansour. A pharmacist by trade, Mansour has been studying the human body and the vitamins and minerals that make it tick for his entire career. "After you've already started drinking the body is going to start blocking the absorption of water, minerals and electrolytes, and it tries to block as much as it can." The human body flushes out these important nutrients when you're drinking because it's simultaneously removing the toxins that alcohol creates, eliminating the bad with the good and creating the potential for a very dehydrated and painful morning after. "We want you to add that B4 before you start drinking. It's one of the most important pieces."

B4's creators have seen the product work for themselves and others — and they've seen what happens when people decide not to try it. "Dave went to a wedding and he offered it to the whole bridal party and one guy didn't want to take it. And in the picture the next morning, everyone else was hanging out and there was that one guy sitting in the cabana in the corner, laying on his side and looking miserable."

You might need two or three B4s if you're having an extended Mardi Gras celebration (and is it really a Mardi Gras celebration if it's not an extended event?). Luckily, B4 comes in Grape, Orange and Berry flavors, and their Grape and Berry varieties won Beverage Industry Magazine's Choice New Product of the Month for December 2017. You'll have great-tasting options to sip during the festivities, allowing you to be in the moment for midweek Mardi Gras parties without worrying about a groggy return to reality the next day.

You can pick up B4 at ABC Fine Wine & Spirits stores around Orlando, as well as other liquor retailers in the area. Grab some, celebrate tonight, and feel better tomorrow.