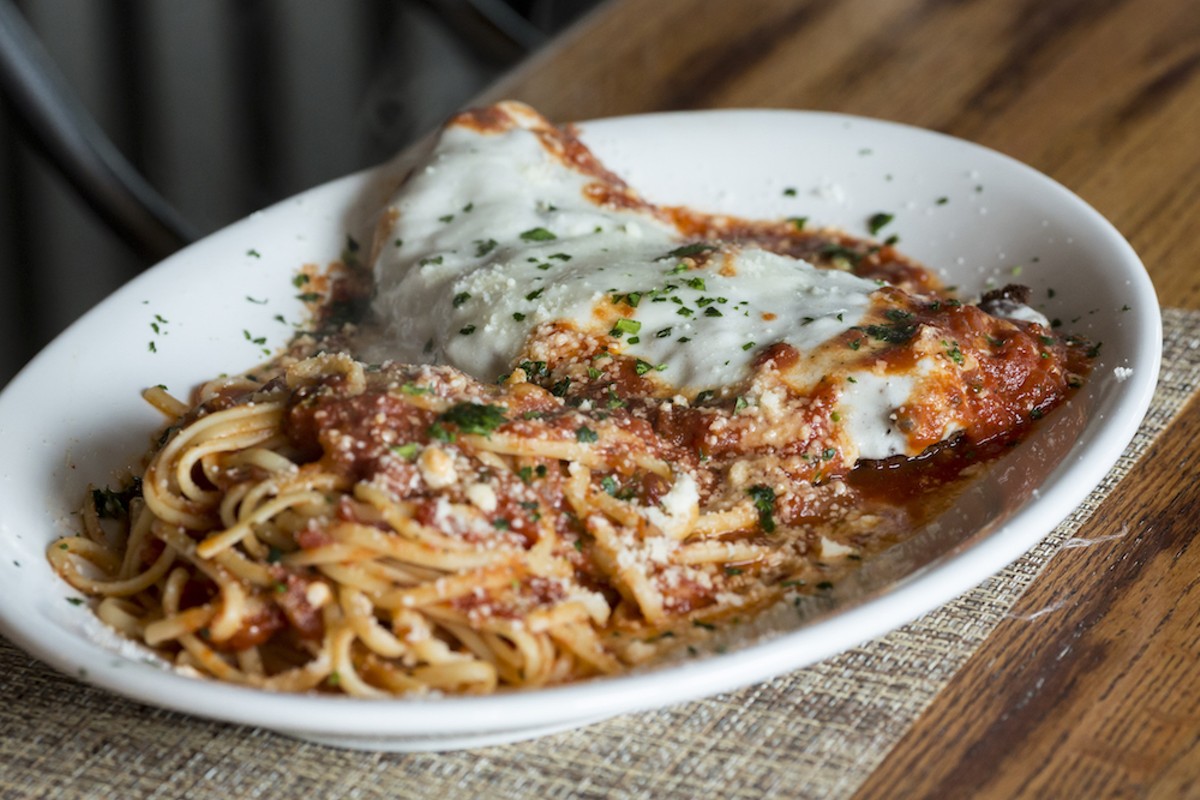 Peppino's, one of the first businesses to open in the newly minted Hourglass District, has touted its organic ingredients from the onset, granting owner Pietro "Pete" Priola the opportunity to field questions and calls from many an inquisitive patron. Priola took to Facebook to clarify: "We serve what's organic – what comes out of the ground that is grown organically – like our vegetables, which includes tomatoes, mixed greens and spinach. Our chicken and meats are hormone-free and the chickens and the cows eat organically, but it's not necessarily an organic product. It's a natural, grass-fed, grass-finished product." 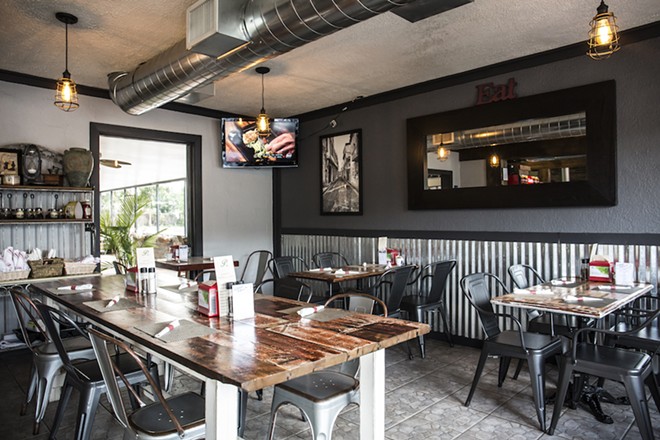 Well, there you have it. Evidently, they'll also be putting in a garden in the coming months, and they'll be sourcing from the farmers market going in next door. The place, I have to say, certainly feels organic. It's pleasant and peasant, relaxed and rustic, much like Pizza Bruno down the street. Priola works the room in all his Sicilian grandeur, sidling up to patrons seated at the pizza bar and happily regaling them with tales of restaurants he ran in the Baltimore area; of how he made his first pizza at the age of 12 in Woodbridge, New Jersey; and how he fell in love, moved to Orlando, and opened this restaurant named after his dad.

The joint bustles on weekend nights with an energy and conviviality other restaurants would pay to manufacture if they could. They'd likely do the same with Priola's arancini Siciliana ($7), too – you'd be hard-pressed to find better rice balls stuffed with mozzarella, peas and Bolognese. Components of the meatball parmigiana sandwich ($10), including the ciabatta from Olde Hearth Bread Co., were all fine and good, but the heavy-handed use of garlic overpowered all the flavors in this otherwise fine sammie. When you feel like your tongue is being cut up with a garlic razor blade, you know there can, in fact, be such a thing as too much garlic in Italian cuisine.

Now to the pizzas. They're fired in a wood-burning oven, but don't expect the consistency or leopard-spotting of a traditional Neapolitan-style pie. Instead, our margherita pizza ($9 small; $12 large) was considerably more doughy, and the crust came dusted with semolina, lending it a slight grainy texture. It's a decent pizza, no doubt, and one that probably performs great as takeout, but don't compare Peppino's pie to Bruno's – let's just say they've got different approaches.

As Priola came 'round to check on us, the chatting recommenced; he mentioned some clams he'd procured from an operation in New Smyrna Beach and next thing you know, we're forking linguine in clam sauce ($13) into our yaps. The dish was marked by a light, flavorful white wine sauce with plenty of baby clams. The pasta isn't house-made (they use imported De Cecco), but it was cooked nicely.

Desserts come from Italian dolce powerhouse Bindi, but, on this particular visit, we were told the tiramisu ($7) was made in-house. The rectangular block of cakey, creamy richness was a vision. Much like Peppino's itself, it cut a nice figure in the Hourglass District.