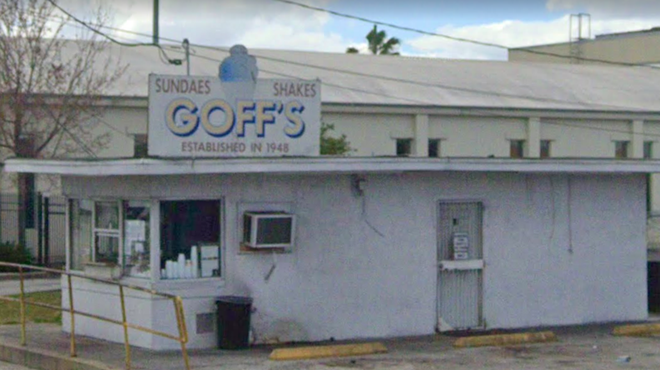 The owner of Orlando institution Goff's Drive In says his business is being targeted after the second fire in two weeks on the property.

Goff's suffered a fire on Friday morning that melted paint in the building and charred a desk. The fire came less than a month after an explosion damaged the building on May 4. Goff's shared photos of the holes that were blown in the building to Facebook.

Owner Todd Peacock told WESH that he believes his Orange Blossom Trail business is under attack and suspects someone from outside of the Parramore neighborhood where Goff's has served ice cream since 1948.

Peacock said that the motion sensors on his security system went off shortly before the fire was reported.

"The community around here, everybody watches out for us. Thank god for that," Peacock said.

In a post to Facebook, Peacock shared that Goff's will be closed for the foreseeable future while they repair the damage inside the building.

"Mr. Goff opened a little ice cream shop in June 1948. He also created a community landmark and neighborhood mainstay. For the second time in two weeks, someone has tried to destroy the heart and love that this building represents. We don’t know the malicious intentions but we know God is in control," he wrote.  "It’s so hard to type, but, Goff’s is closed."

The ice cream stand intends to reopen once the damage is repaired.

"Goff's isn't going anywhere without a fight," they shared.