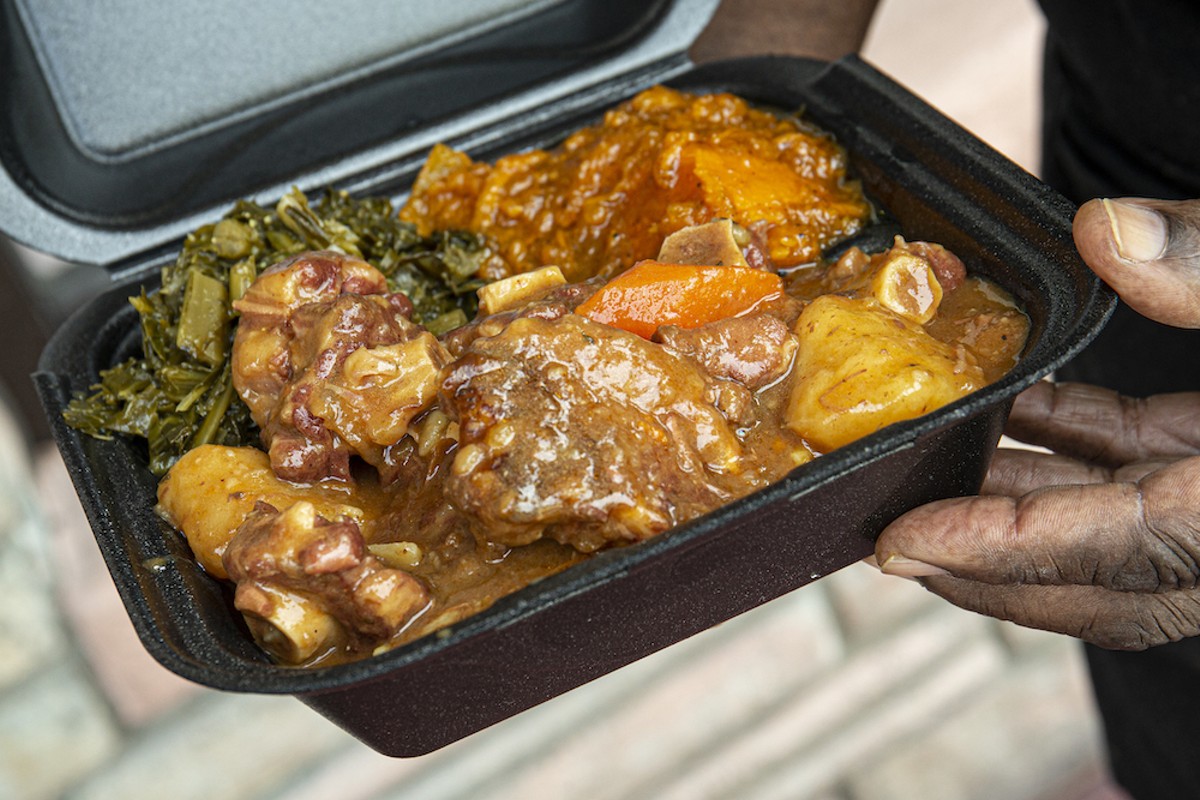 It's hard to think of a restaurant in town that holds as much history within its walls as Nikki's Place. So here's a little of that history: The Parramore stalwart, opened by Roser Mae Jones in 1949 as Roser's Restaurant, has hosted a who's-who of African American icons, from musical greats touring on the chitlin' circuit to celeb athletes to civil rights leaders. Jones' nephew, Nick Aiken, began working at Roser's in 1951, eventually taking over the restaurant in 1999 and renaming it after his daughter, Shannea "Nikki" Akins.

Chef Nick, now 77, is still doing his thing in the kitchen, albeit for takeout orders only. The dining room, as snug and genuinely welcoming a space as you'll find in the city, remains closed to patrons because of the pandemic. Back in 2015, a fire in the second-floor apartment nearly closed Nikki's Place for good, but, with the help of two city grants, the restaurant reopened two years later. And through it all – the 70-plus years of systematic segregation, neighborhood razings and interstate incursions – its brand of Southern cuisine has remained true to the words embossed on the restaurant's marquee – "the way it used to be."

After all these years, I can't imagine the recipe for those plush and smothered oxtails ($10.50) has changed much, and I can't imagine folks back then enjoying them any more than we did today. Same goes for meatloaf ($7.79) and mashed potatoes, weighted down with a pool (like a swimming pool) of gravy. Gravy, by the way, is to be enjoyed with everything at Nikki's Place. It's sort of an unwritten rule. Even the fried and perfectly flaky flounder ($10.99) came with containers of gravy. In fact, gravy was accidentally spilled onto the sweet potato pie ($3.50) and I couldn't help but think of all the other weird food combinations I've come to love – peanuts and Coke; potato chips and chocolate; brisket and vanilla ice cream (don't judge) – and, I have to say, gravy and sweet potato pie really works for me (again, don't judge). 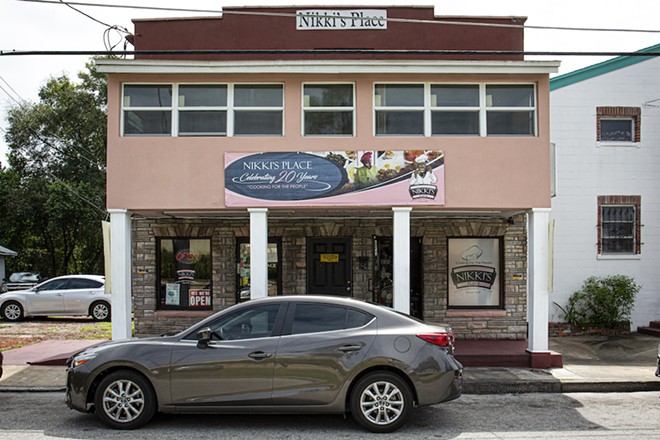 And, of course, fried chicken ($9.79) also comes with gravy, which I duly poured over more mashed potatoes – one of the many sides of gastronomic history offered at Nikki's Place. Of the ones we sampled – okra and tomatoes, collard greens, candied yams, steamed cabbage, black-eyed peas, mac and cheese, and yellow rice – it was hard picking a fave, but I will say the okra and tomatoes went great with the fish, while the black-eyed peas and candied yams lent Morphean powers to the meatloaf. After digging into smothered pigtails ($8.25) paired with yellow rice, collards and corn bread, we bestowed the saucy docks with GOAT status. It's certainly one of the more unique meat and threes to be had in Orlando, with or without the gravy.

If you haven't gathered by now, the food at Nikki's Place sticks to a helluva lot more than just your ribs. It latches onto your memory by forcing you to examine Orlando's troubled past and Parramore's unsettled future through every bite. There aren't very many restaurants in town that do that. If you're left contemplating the plight of Black-owned restaurants; if you're left pondering your place in effecting positive social change; or if it commits you to playing a role in the Black Lives Matter movement, well, then the rest is just gravy.