Maki Hibachi
The swish Lake Nona Japanese joint will bring its high-end brand of hibachi, sushi, poke and interior design to Mills 50. And don't let the fact that the restaurant will be situated on the ground floor of the My Neighborhood Storage Center dissuade you from going. (Opening February, 108 E. Colonial Drive, makihibachi.net)

The Monroe
Josh Oakley, the talented chef who wowed at the Smiling Bison in Orlando and Sanford before doing the same at 1921 Mount Dora, will serve as executive chef of Jason and Sue Chin's restaurant on the ground floor of the Julian Apartments in Creative Village. Expect dishes of modern comfort at a price point lower than, say, the Ravenous Pig. (Opening March, 480 N. Terry Ave., themonroeorlando.com)

Norman's
The "New World cuisine" at the new Norman's in Dr. Phillips won't be made by longtime chef Andres Mendoza — he departed for Victoria & Albert's — but by Mendoza's right-hand man, Carlos Robles. Chef Norman Van Aken has always been impressed with Robles' cooking, but he's equally impressed by his ability to build a team and execute a plan. (Opening October, 7924 Via Dellagio Way, normans.com)

Ootoya Sushi
It's been more than a year since beloved Japanese joint Shari Sushi shuttered, but sushi is about to wiggle its way back to the Eola dining scene courtesy of Ootoya Sushi. The restaurant has been a favorite in Altamonte Springs thanks to its creative rolls, hibachi and sake offerings. (Opening January, 621 E. Central Blvd., ootoyasushi.net) 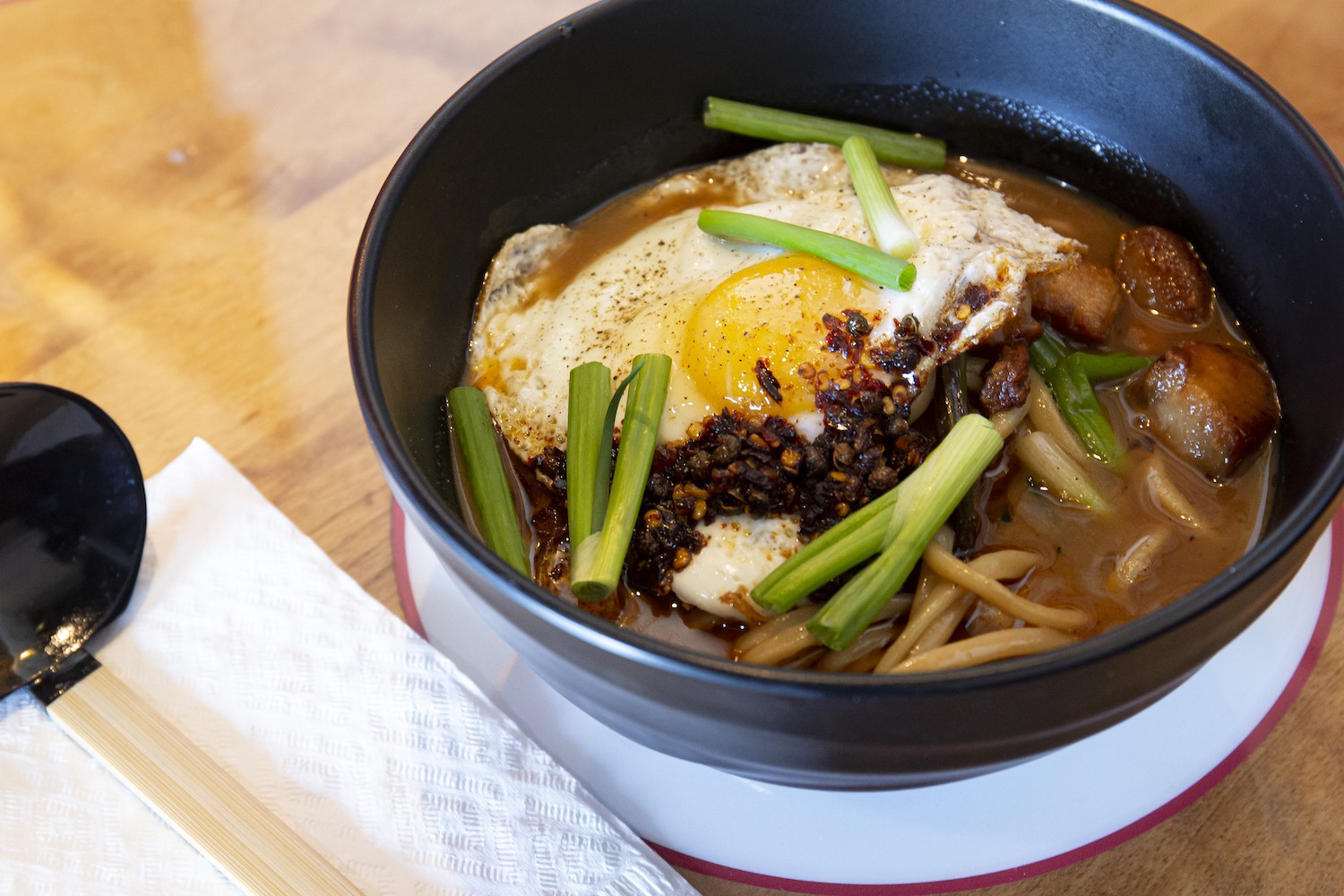 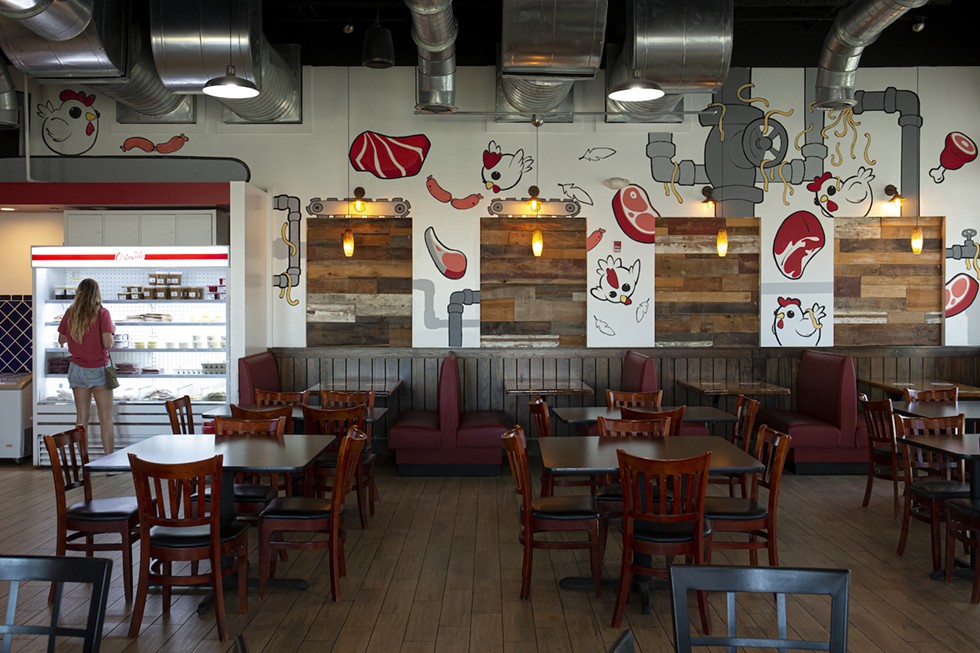 Outpost Neighborhood Kitchen
Running a cutesy eatery in a relatively small space in College Park is one thing. Being the anchor restaurant at the Maitland City Centre is entirely another. One thing's certain: The success of the restaurant's brand of American comfort fare will rest entirely in the hands of former Ravenous Pig chef de cuisine Nick Sierputowski. (Opening February, 190 Independence Lane, Maitland, facebook.com/outpostneighborhoodkitchen)

Pattie Lou's Donuts
Don't expect the doughnut trend to die anytime soon. At this downtown dunker shop, customers will be able to customize the doughy confections by picking, dipping and topping the doughnut of their choice. (Opening March, 139 E. Pine St., pattielousdonuts.com)

The Pinery
Playing up Ivanhoe Village's history as a once-thriving pineapple farm, the 150-seat Pinery will occupy more than 4,000 square feet inside the Lake House Apartments and celebrate "Florida fresh cuisine" in addition to Orlando history. The Deco mezzanine railing from the Sun First National Bank downtown (now a Walgreens) and pecky cypress salvaged from a home in Lake Fairview will be incorporated into the restaurant's design. (Opening May, 295 NE Ivanhoe Blvd., thepineryorlando.com)

Southern Box Food Hall
The old Great Southern Box Company building on the southeast corner of Princeton Street and North Orange Blossom Trail is being preserved and repurposed into a 22,400-square-foot food hall featuring an elevated plaza with outdoor green space (read: shade). The food hall is but one component of a larger plan to redevelop the corner site in the Packing District, which will also see a microbrewery and a signature restaurant/bar. (Opening November, Princeton Street and North Orange Blossom Trail, packingdistrictorlando.com)

South Orange Provisions
In addition to the Bumby Arcade, downtown Orlando will get this upscale food hall on the ground floor of the old SunTrust building. The 10,000-square-foot space will house nine food stalls and feature a shaded park with outdoor seating. (Opening fall, 200 S. Orange Ave., southorangeprovisions.com)

Space 220
Part of the Mission: Space expansion, this ambitiously themed restaurant promises to be, well, far out. The dining room places guests inside a space station with panoramic views 220 miles above our little blue planet, while the menu is a little more down to earth: modern American cuisine with a 1,000-bottle wine list. (Opening spring, Future World, Epcot, disneyworld.disney.go.com)

Taglish UCF
Mike Collantes will certainly be one of the city's busiest restaurateurs in 2021. In addition to Soseki and Perla's Pizza, he'll open a second location of his popular Filipino-American eatery. And unlike the Lotte Market original, the UCF location of Taglish will have its own space in the University Commons plaza, allowing patrons more elbow room to enjoy his sisig, longanisa burger and escabeche. (Opening spring, 12226 Corporate Blvd., taglishfl.com)

Wa Sushi
Many lamented the closure of this out-of-the-way gem in Casselberry, but owner Hong Wong renovated a space in a more conspicuous Casselberry locale and will soon be slicing and dicing more superlative cuts of local and Japanese seafood. (Opening February, 924 State Road 436, Casselberry, facebook.com/wasushicasselberry)

White Castle
The stoner burger chain returns to the Sunshine State after more than 50 years, but Orlandoans will have to make the drive to the O-Town West development near Disney to satisfy their munchies. This being Orlando, the 4,500-square-foot restaurant will be the company's largest burger, umm, joint. (Opening spring, 11595 Darryl Carter Parkway, whitecastle.com)