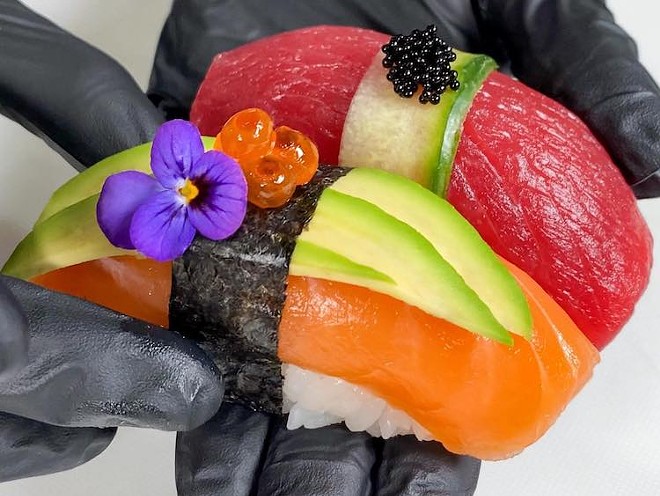 Beloved Mount Dora resto Wave Asian Bistro and Sushi is expanding its local footprint, with the planned opening of a new Maitland location.

Wave has secured a new spot at the Maitland Social, its second in the Orlando area. The still under-construction Maitland Social is envisioned as an "upscale commercial destination"  will occupy a former bank building at 360 E. Horatio Ave., alongside other tenants Vitality Bowls Superfood Cafe and (yet another) Foxtail.

The city of Maitland broke the news over the holidays via social media.

Wave Asian Bistro and Sushi opened in Mount Dora back in 2017 and has made a name for itself with eye-popping sushi burgers, sushi burritos and sushi hot dogs, among more traditional rolls and bowls.