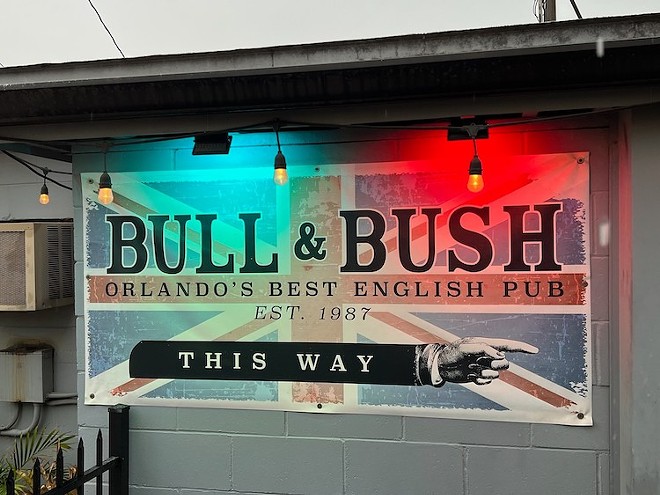 Venerable Milk District watering hole the Bull & Bush is starting 2023 under new ownership — though it is their next-door neighbor.

As reported by Bungalower, the Bull & Bush has been purchased by managers of neighboring bar Sportstown Billiards.

Open for nearly 35 years, the British pub has long been a haven and incubator for Orlando's comedy scene, hosting the regular "Shit Sandwich" comedy showcase. Shit Sandwich has helped launch the careers of homegrown comedic stars like Preacher Lawson and given local comics a stage to test out new material in front of their peers.

Speaking to Bungalower, the new owners promise that Shit Sandwich is safe, and they don't have many major changes in mind — aside from maybe some British football on brand-new televisions. Or as older Brits would say, footy on the telly. (Google it, I've not yet devolved into baby-talk.)