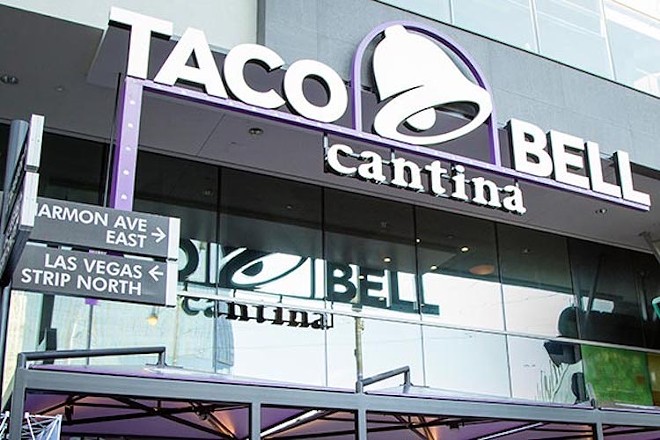 Photo Courtesy Taco Bell
The dream is still alive after all this time — has it really been two years? — and the Taco Bell Cantina in downtown Orlando is reportedly in a soft-opening mode starting Wednesday.

As reported by Bungalower, the doors to the long-awaited Taco Bell Cantina will swing open to a hungry and thirsty public at some point on Wednesday afternoon. Hours after that point will be daily from 8 a.m. until last-call hours.

The 2,475-square-foot location at One South Orange (former home to Club Ono, Ruby's Mediterranean Grill and Pita Pit over the years) will serve the traditional Taco Bell menu as well as beer, wine, vodka, rum, tequila, sangria and frozen drinks — but one thing they won't have is drive-through windows.

Will this new hang-centric business model be a success in the time of COVID-19? Time will tell.

This is Orlando's second Cantina location; the first one opened in the UCF area in 2018.