Next up for the noted chef: small plates with Big Easy flavorsa 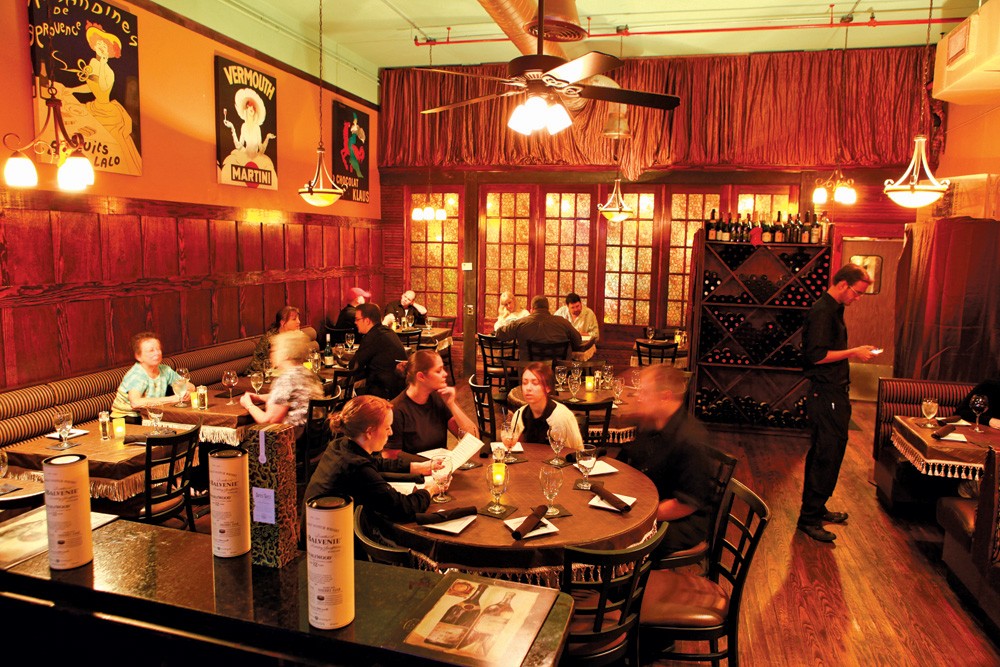 Add the Tarters to the steadily growing list of restaurateurs hopping on the tapas bandwagon. Kevin and wife Laurie fashioned Winter Garden’s Chef’s Table into one of the top dining destinations in Central Florida, and now they’ve expanded their culinary footprint in an adjacent space on the ground floor of the charming Edgewater Hotel by establishing the Tasting Room, their paean to all plates piquant, pretense-free and petite. Menu items play up Kevin’s NOLA heritage, and we had 15 items from which to choose this Saturday night – or so we thought. Our server informed us that they had run out of four dishes, thus limiting our options considerably. Granted, it helped simplify the ordering process, as we rattled off our choices from the remaining items.

A playful take on boudin balls ($8) is the best indication of the direction Tarter steers his dishes. Indeed, phrases like “cayenne sugar,” “jalapeño aioli,” “sweet chili” and “poblano crème” are common menu descriptors, so if you can’t stand the heat, best try another kitchen. Said balls, made of house-made pork sausage and panko-fried, arrived crowned with a sunny-side-up egg. Alone, the light, crispy orbs impressed; slathered in egg yolk and Cajun mayo, they wowed. Then came the smoked fish dip ($8), a rakish mélange of Florida whitefish and “herbs and spices,” which included cayenne and poblano peppers, served with thick crisps of lavash. But if ever the virtue of sharing became a challenge, it was when the superlative Asian beef skewers ($10) were laid on our table. One morsel of the supremely velvety tenderloin simply wasn’t enough.

So given the phenomenal start to our meal, we were let down by a thoroughly uninspired plating of panko-fried ahi tuna rolls ($12). More so by crispless corn, shrimp and crab fritters ($7) dusted with cayenne sugar – these puppies were best left hushed. NOLA-style barbecued shrimp and cheese grits restored some of the lost Southern pride, mainly because of the Creole butter sauce in which the fattened curls of shrimp were washed. Sauce – this time a red-eye gravy – also helped elevate fried chicken livers ($8) to top-tier status. The creamy andouille sausage gravy is a recipe handed down from Kevin’s mom and would go well with just about anything. Really. Anything.

Laurie’s dessert concoctions also keep to the diminutive-dish theme; the red velvet shooter ($3) topped with cream-cheese frosting took the proverbial cake. Shortbread soaked in Grand Marnier was a highlight of the vanilla chocolate mousse shooter ($3), though neither of the two were big enough to make downing the peanut butter chocolate mousse shooter ($3) difficult. There’s a healthy selection of specialty libations, microbrews and wine (but not as many by the glass as we’d like).

Compared to the Chef’s Table, the Tasting Room occupies a larger space, though both restaurants share the same kitchen, with four chefs on active duty. The Tarters and their design team have done a stellar job of remodeling the former flower shop – the wood floors, wood paneling and tables laid with fringed brown vinyl all lend to the old-time gambling-house feel. As the song goes, “You gotta know when to hold ’em, know when to fold ’em,” but as far as Tasting Room’s menu is concerned, it’s a safe bet.