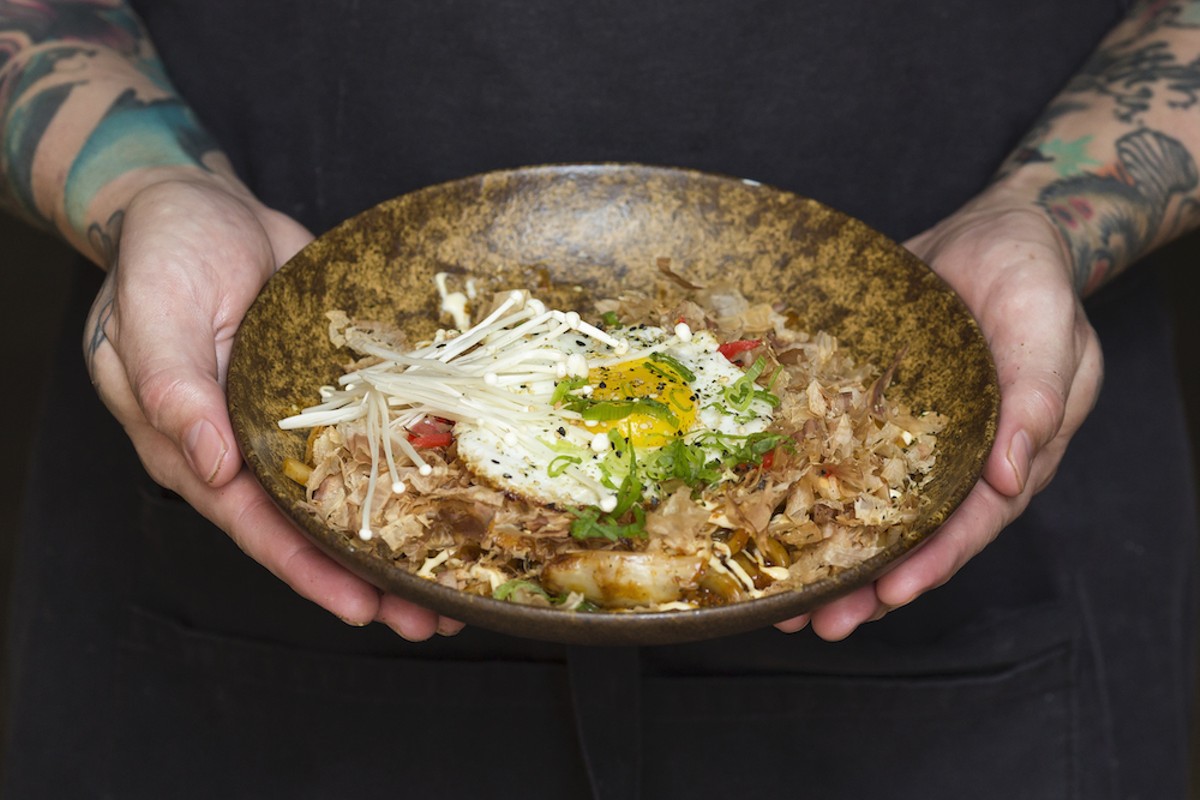 In the not-too-distant past – back when sushi boats, teppanyaki theatrics and makimono profligacy dominated the city's higher-end sushi scene – Amura was at the acme of Japanese dining. But the restaurant's aughts-era polish had faded amid a markedly altered landscape, which the owners of Amura on Church Street came to recognize. Last year the restaurant began taking on a different complexion, with a focus being placed on Japanese ingredients and preparations. Then they brought on Denni Cha, an experienced chef who's sliced and diced at Uchi in Austin, Texas, Makoto in Miami, and under the auspices of Chau Trinh at Sushi Pop in Oviedo.

With Cha at the helm, the trendy pan-Asian trappings of the modern izakaya are all present and accounted for – ramen, KFC, bao, donburi. There are shareable items and Japanese whiskeys, sakes and beers. The number of sushi rolls (or "Frankenrolls," as writer Dan Gentile once described them) have been pared down and, for that, they deserve kudos.

After all, the restaurant's name – kaizen – refers to the system commonly implemented in the corporate and manufacturing worlds to improve processes and trim the proverbial fat. But as much as I shy away from those mayo'd mounds of competing flavors and textures, the Baltimore maki ($11), a chef's special for the day, was just the blue crab indulgence we craved. The messy spillage of mentaiko (cod roe) aioli was a bit much, sure, but the tempura-fried shishito inside the roll? Well, that was real nice. And judging from her intense groans, I gather the woman sitting behind me thought so too. (I'm pretty sure she climaxed after getting her fill of the crab rolls. Talk about blue.)

If you count yourself among the roll-averse, consider picking an ingredient – octopus, for example – and letting the chefs create a customized maki ($15) for you, just like they did for us. Even with gossamer ribbons of bonito, crispy onion, red ginger and a light drizzle of herb-citrus aioli, the trimmings (thankfully) didn't mask the flavor of the octopus. 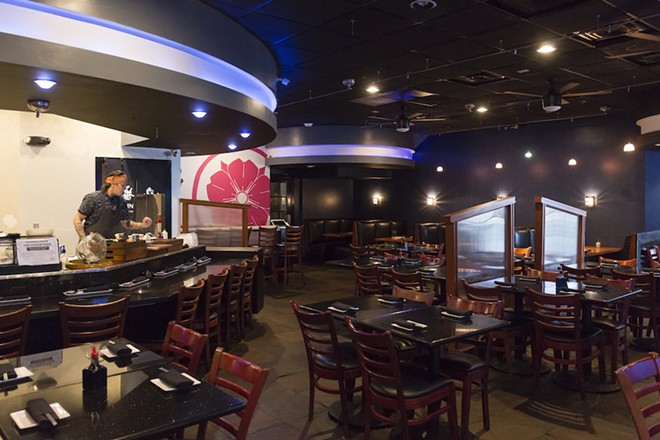 There's no hiding in sashimi: Ingredient quality, knife skills and presentation are laid bare for an unapologetic assessment. Cha's moriawase ($35), with lovely cuts of kinmedai (golden eye alfonsino), shima-aji (striped jack), kampachi (amberjack), Norwegian mackerel and octopus, as well as common cuts of tuna, salmon and yellowtail, passed with flying colors. It also comes with a serving of ikura (salmon roe) that Cha marinates in house-made soy and yuzu. Small quibble: Fresh grated wasabi would've been nice to have with all this great fish. By the way, Cha now stages 10-course omakase dinners Tuesday nights for just $60 and, on weekend nights, he fires up the binchotan to show off his strong yakitori and kushiyaki game.

He's particularly proud of his Korean roots and treats dishes like Korean fried chicken ($10) with a tempered respect, so don't expect the overbattered, oversauced and, as he says, "blasphemous" rendition that you might find at other restaurants. If a KFC Throwdown were to take place (looking at you, Kai), you could count Cha in as a willing participant.

More K-pops: The creamy kimchi yaki-udon is a comforting bowl of egg-topped stir-fried noodles dressed like okonomiyaki – that is, with bonito flakes, pickled red ginger, Kewpie mayo and house katsu (Japanese barbecue) sauce. Get it with the pork belly ($3) and feel yourself slowly sink into your seat. Dessert options are lacking (only tempura cheesecake and green tea ice cream is offered), so there's a way to go before Kaizen attains the level of other high-end sushi joints in town. I'm sure improvements will continue to be made (perhaps a kaizen would be in order), but until then, we diners just need to trust the process.