Rolls off the tongue 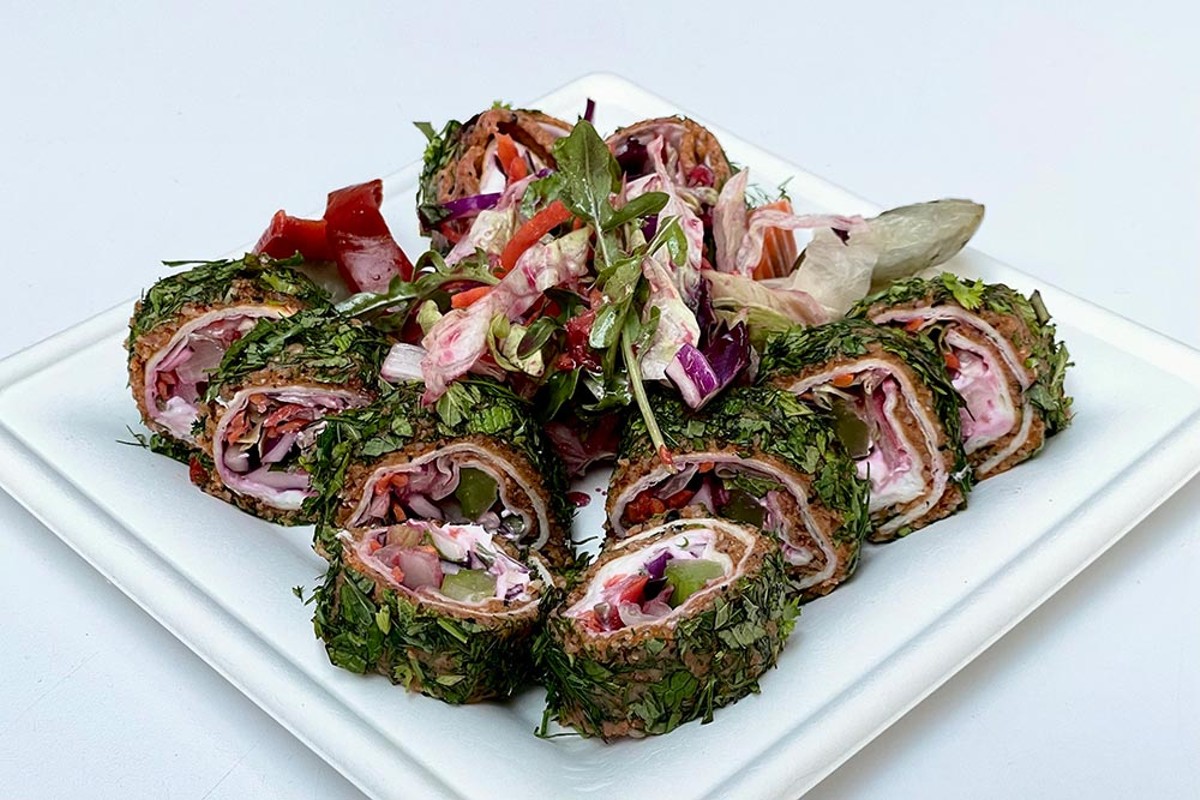 Ercument Demir spent a career jetting around the world in a Boeing 777 as a commercial airline pilot for Qatar Airways, so it makes sense that his first foray into the world of food would fuse the cuisines of disparate cultures. What's a bit puzzling is that those cuisines are Japanese and Turkish. And that they're being served inside a food court. In a less-than-bustling shopping mall. In Oviedo. It doesn't exactly fit the mold of food-court dining but, hey, the death of genre, or its disappearance, has been heralded across many creative forms, so why not gastronomy?

Here at JapAnatolia, the specialty is "su-chi." Before you go scoffing under your breath, know that the "chi" in "su-chi" refers to Turkish çig köfte (pronounced "chi kofta") — a spiced beef tartare. What Demir and su-chi chef Cenk Kurus have done is create a meatless version made from spiced bulgur. Much like sushi rice, Kurus uses it as a base to form JapAnatolia's su-chi rolls. The rolls also comprise flour tortillas, cream cheese and mixed veggies, giving them a look and feel akin to pinwheels, only prettier. Kurus crafts seven varieties, each with a different exterior component — rare roast beef ($8.90), mixed herbs ($8.90), avocado ($8.90), gouda ($8.90), Doritos ($8.90), collards ($7.90) and the classic, with a tortilla shell ($7.90).

Each has its own interior customizations. The rare roast beef, for example, is flavored with horseradish sauce and pomegranate extract, while the collard roll is slicked with a bit of soy. Dill, parsley and mint lend the mixed herb roll a refreshing element, though, no matter your choice of fish-less roll, they're all quite filling, so pace yourself. They even come with a pickled assortment of tomatoes, gherkins and peppers (no ginger with this su-chi). The rolls travel well and hold up nicely the following day too, so don't feel the need to scarf. Not when there's a slew of fresh-made cold appetizers to sample. Eleven are offered, and they're all can't-miss. If I had to choose four to make my own mezze plate ($9.90), I'd take the red lentil puree, smoked eggplant with tahini, and a couple of drained yogurt dips — one with sautéed shredded carrots, garlic, mayo and olive oil and another made from fermented beetroot, tahini, garlic and olive oil. Demir is quick to offer samples, so just ask, though you likely won't have to.

There are a couple of hot items offered as well — baked chicken in béchamel sauce ($8.99) and meatballs in a mushroom gravy ($8.99). Both are served with a small salad, rice and mashed potatoes, the latter pre-made. It's old-time comfort fare, which I'm sure Oviedo's old-timers will appreciate — though, I have to say, they're a couple of odd additions. Then again, the pair of dishes only further cement JapAnatolia's genre-defying approach to cookery.

There are quite a few desserts offered as well, all made by Demir's niece, Begum Karakaya, who honed her skills at Norman's before working as a cook at Dominique Ansel Bakery in New York. No cronuts here, but who needs flaky, buttery pastries when there's semolina lemon cake ($4.99) and rice pudding ($3.99)? I do, that's who. That said, I'd get both of these sweet cappers again in a heartbeat. BTW: Karakaya makes the cold apps and the hot items as well. She also bakes fresh borek ($4.99) and other savory pastries yet, inexplicably, the line next door at Mooyah is longer. What JapAnatolia really needs is its own space, but Demir is taking a cautious approach and gauging reaction to the menu before making a more committed financial investment. If anything, a visit to JapAnatolia serves a dual purpose — to respect the diversity of one of the world's great cuisines, and to pay respects to a once-great institution — the shopping mall.