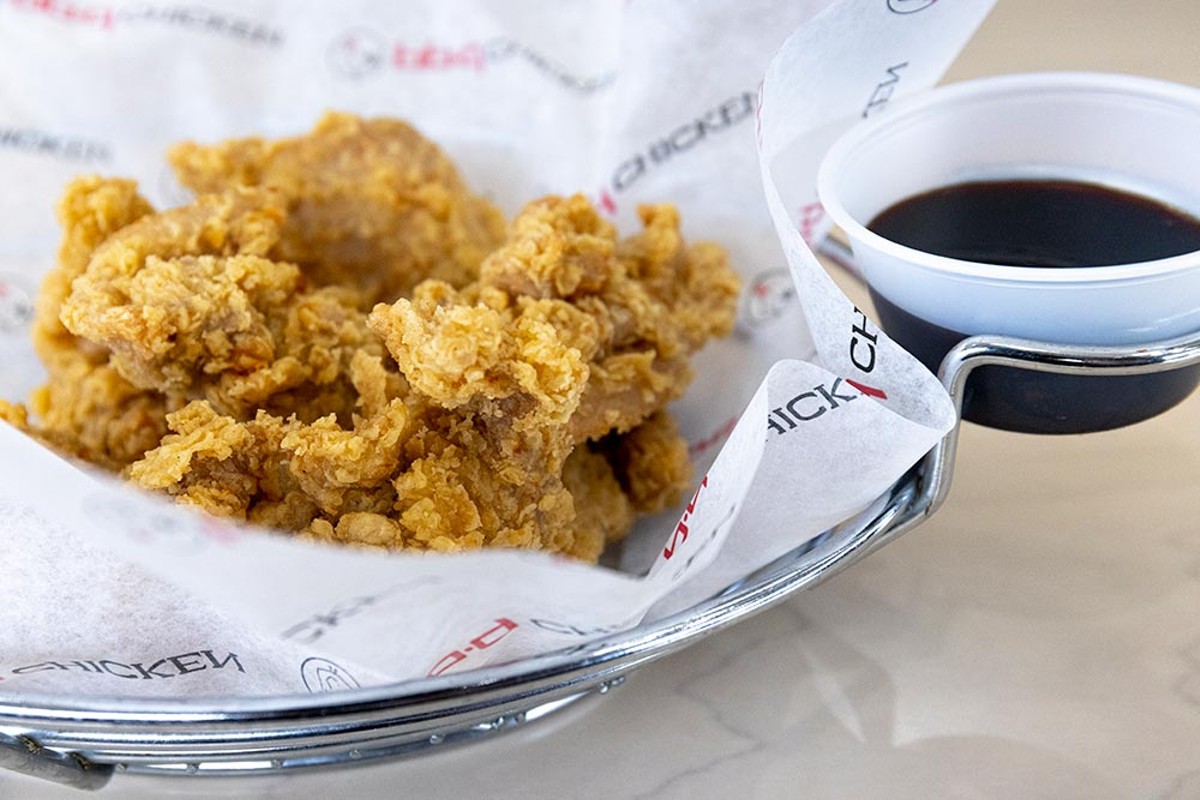 K-wave's universal reach and soft-power appeal goes way beyond the K-pop stylings of BTS. There's the cinematic nuttery of Park Chan-wook, of course; the gadgetized wizardry of Samsung, and the automotive acumen of Hyundai. But for all the great cultural and technological contributions hallyu has bestowed on the world, its gastronomic influence has equally dazzled and charged the planet in so many ways — in the fermented and fiery form of kimchi, for one, but also with the crackling magic of bibimbap and the barbecued bangers of bulgogi and galbi. You can toss KFC into that mix, too: Korean fried chicken has been raging across the globe, and Bb.q Chicken, a Seoul-based chain with more than 3,500 locations, has played a major role in spreading the peninsula's gospel of fried fowl.

Don't let the "bb.q" moniker fool you; it stands for "Best of the Best Quality." Nothing barbecued here — but if it's a simulacrum of hot-off-the-grill flavor you crave, the chicken slicked with spicy galbi sauce and sprinkled with scallions and sesame seeds offers just that. It's one of 12 varieties offered in either wing ($14 for eight) or boneless ($12 for eight) options.

Just know that when you order, you may have to wait up to 20 minutes for your chicken — they fry everything to order. So take a seat, pour yourself a cold Terra pilsner or some lychee-flavored soju ($15), and chill. 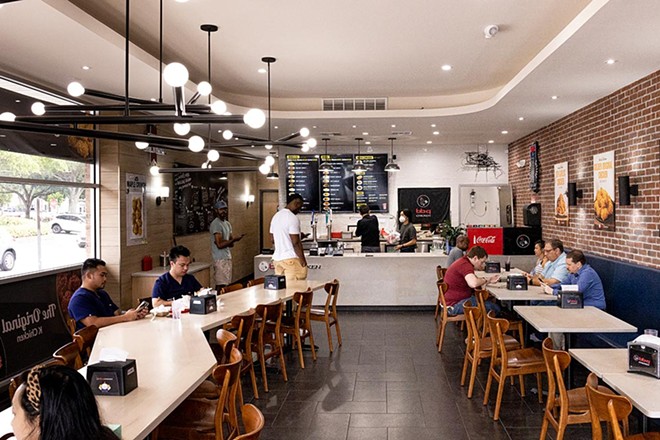 The dining room, by the way, gets loud — way louder than when Tasty Wok occupied the space. It's constantly busy as well. Six months into its existence, Bb.q seems as popular as the day it opened, and the reason is that chicken. It's seasoned with Bb.q's "secret powder" and marinated for 12 hours before being battered, breaded and fried to a golden crisp in an olive oil blend for four minutes. It's then wok-tossed in your sauce of choice — and my choice will always be the hot mala. It's made from Sichuan peppercorns and chilies, and its deep flavor puts it way above the spicy galbi. I was also taken by the maple crunch, a sauce that really tugged at my clogged Canadian heartstrings. I can only describe it as being smooth like butter, you know ... like a criminal undercover. I ate a few too many of these addicting boneless buggers and trust me when I say they're gon' pop like trouble breaking into your heart like that. Ooh.

Of course, you don't have to get your chicken sauced. The plain ol' golden original is gratifying on its own. And it packs a little heat too. Another unique aspect about Bb.q: Every order comes with the most un-Kentucky of sides — pickled radishes. They help to cut through the weightiness of fried chicken and even act as a palate cleanser when jumping among varieties of sauced chicken. There are traditional sides, like fries ($5.95) and onion rings ($6.95), as well as some uniquely Asian ones, like steamed rice ($1.95) and fried dumplings filled with minced beef ($8.95) that make a very enjoyable starter.

Ddeok-bokki ($11.95) may seem like a rando menu addition at a fried chicken joint, but consider that in addition to being a popular bar snack in South Korea, these gnocchi-like rice cakes and fish cakes cooked in gochujang, layered with cheese and topped with an egg are as comforting and homey a dish as fried chicken. That sauce is fire, too. But let's be honest — ddeok-bokki isn't the draw here. That glorious fried chicken is. It's Bb.q's bread and, uhh ...