First Watch has a new look, a new ethos and a fab new approach to daytime dining 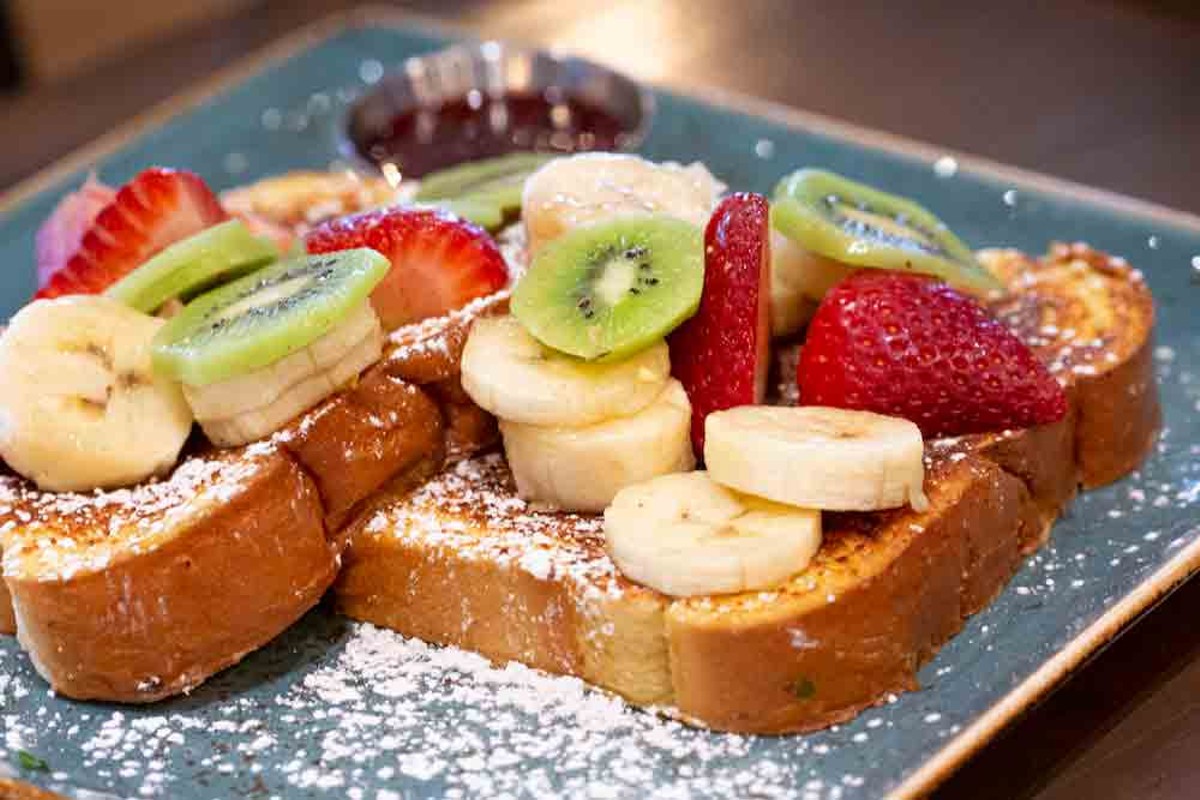 Everybody's favorite institutional breakfast joint went and got itself a facelift the likes of which even the Witness Protection Program would be impressed by. The place is damn near unrecognizable from your father's First Watch of yesteryear. I know, I know, you're thinking, OK, but it's still a place for the blue-haired set to grab dinner at 2 p.m., right? Yes, First Watch will likely always be a bastion for sexagenarians, but I witnessed more than a few TikToking 20-somethings posing and playing up to their phone cams on two recent visits. In fact, this OG of daytime cafés flashes a bit of cocksure swagger, thanks to its new desirable Winter Park address and "urban farm" aesthetic, complete with a fetching patio area and 360-degree indoor-outdoor patio. Hoity new breakfast cocktails, who dis?

The place positively pops, no matter the day. We were lucky to snag a table outside on one gorgeous, and frenetic, Sunday afternoon — a day when cheery greeters at the front door kept the moods of waiting guests buoyant. It was all smiles and happy faces, mine included. In fact, a bite of the chickichanga ($11.79) widened it. The flour tortilla is stuffed with chicken, whipped eggs, chorizo and avocado, but, surprisingly, isn't fried. The new First Watch doesn't employ deep fryers in the kitchen at all, so the cheesy roll is nowhere near as filling as a traditional chimi. Green chilies and sautéed onions add some depth, but even a topping of Veracruz sauce and sour cream didn't weigh it down. It's served with a small cup of fresh fruit and seasoned potatoes, some of which were more firm than fluffy. 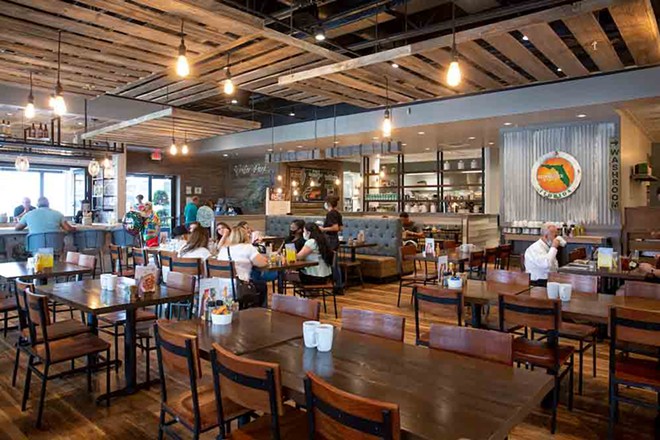 Very fluffy, however, were the lemon ricotta pancakes ($10.69). Whipped ricotta cheese is added to the multigrain batter before they're griddled and, yeah, I could pretty much eat these beauties every day for breakfast — strawberries, creamy lemon curd and all. "I don't know why, but guys always seem to order those pancakes," said our good-natured server. "It's probably why they don't live as long," said my wife as she dug into a plate of biscuits and gravy ($10.99). I shot a glance her way. "What? This is turkey sausage gravy," she said, scarfing down a forkful.

The earthenware platter of meaty gravy, biscuits, eggs and potatoes looked irresistible, and a glance at the menu revealed the dish has 70 fewer calories than the pancakes. So I reached over and stole some, then took a gulp of the "morning meditation" ($4.49) — a blend of orange, lemon and beet juice spiced with organic ginger and turmeric. It can be boozed up with New Amsterdam's gluten-free vodka, as can the kale tonic ($4.49) mixed with Fuji apple juice, cucumber and lemon.

First Watch's prototype flagship location also has a kitchen and an entrance dedicated to takeout orders, which we tested out for lunch one day. The process from online order to pickup was a cinch, and the containers and packaging were solid. It made the roast beef and horseradish-havarti sandwich served on Parmesan-crusted sourdough ($10.29), as well as the "elevated" egg sandwich with gruyère, smashed avocado and slabs of their famous "million dollar bacon" ($10.99) all the more enjoyable. That bacon, BTW, is hardwood-smoked and baked with brown sugar, black pepper, cayenne and maple syrup. A side order of four slabs will run you $5.49 (and gain you 530 calories).

Honestly, the older I get, the more I learn to appreciate restaurants espousing a healthy lifestyle ethos. First Watch does it consciously through its company rebrand and menu revamp, and subconsciously too. Now when I drive down North Orlando Avenue and see the restaurant's marquee, my mind reads First Watch ... Your Calories. Well played.