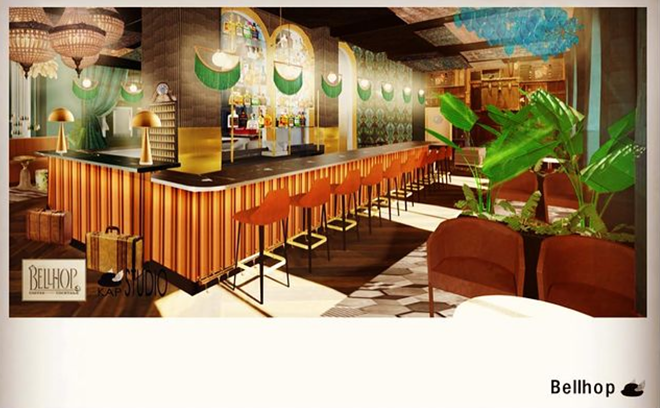 A new space in downtown Orlando hopes to be a coffee bar by day and a cocktail bar by night.

The Bellhop is being built on the first floor of the historic Angebilt Hotel, in the “heart of a concrete jungle,” according to the Bellhop’s Instagram. The new bar shared its concept art to social media, invoking a much classier vibe than the Subway that used to sit at the corner of Wall Street and Orange Avenue.

The Bellhop is owned and operated by Ricky Galicia and Co., which also owns The Wildflower, a cocktail bar that opened June 2020 in Baldwin Park.

There is no information on when The Bellhop plans on opening, but Bungalower reports that renovations are expected to conclude in March. A promising sign that they hope to open ASAP: The bar is currently searching for bartenders, cocktail servers, barbacks and baristas on Instagram.