And now for something completely different.

Mere days after opening Pizza Bruno in College Park, owner Bruno Zacchini will, once again, try his hand at making food with holes in it.

Only this time, it will be donuts, not bagels.

Dizzy Donuts, slated to open in late 2022/early 2023 at 2413 Edgewater Drive (in between Adriatico and Graffiti Junktion) in College Park, will tap into Zacchini's love of hot, fried-to-order cake donuts of the sort he's indulged in at Browns Restaurant and other joints on the Jersey shore.

Zacchini will offer hot cake donuts in plain, glazed, cinnamon sugar and a "fun sugar" he's currently working on, but will also offer other dressed-up ones called "stars" — as in "the stars you see when you get dizzy," he says.

Examples of those wobble-inducing wheels include Key lime, s'mores and Thai tea.

"We'll have a rotating cast of seasonal variations," says Zacchini, "but we will no doubt come up with a lot of stars as we go." 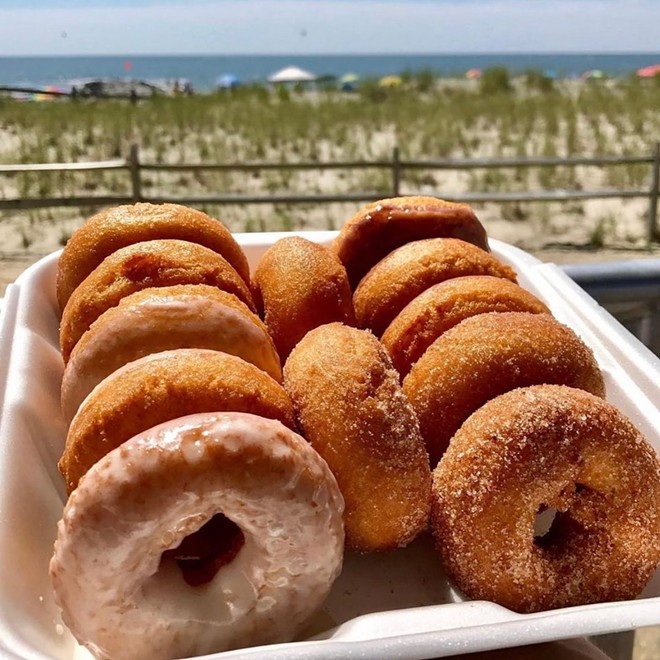 And that's not all.

Umm, no, it won't be Foxtail Coffee.

Dizzy Donuts will be open for breakfast and lunch from Wednesday to Sunday, to start. And given how Pizza Bruno has risen to the upper reaches of pizzadom in this city, I wouldn't be surprised if Dizzy Donuts did the same for hole foods.

And that's no faint praise.