Disney's latest character dining experience opens in two weeks, here's everything we know about it 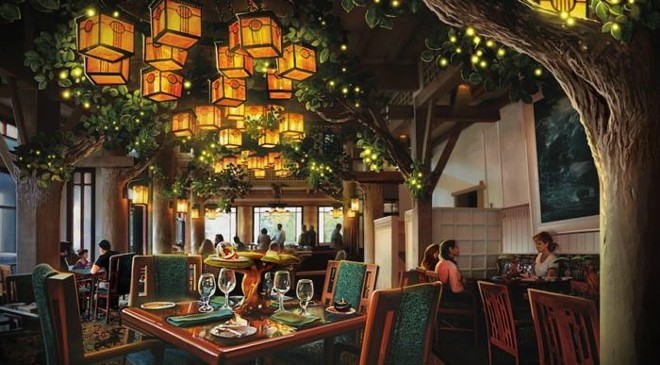 Image via Disney
Back in August, when Disney announced the upcoming Snow White-themed Storybook Dining at Artist Point, few details were shared. Now with the new character dining experience less than two weeks from opening, we have plenty of information on precisely what diners can expect.

Artist Point, the Wilderness Lodge’s finest dining establishment, has been given a slight update with the columns sculpted to look more like natural trees. Large fake trees have sparkling firefly lights with glass lanterns hanging from the ceiling. The dining room will be filled with music and sounds from the classic Disney film while Snow White, Dopey, and Grumpy will meet guests. A special meet-and-greet with the Evil Witch will also be available during the dining experience.

In newly released artwork, the current seating remains though it is unclear if the large custom mural that the walls of the restaurant will also remain.

The prix-fixe menu is $55 for adults and $33 for children ages 3-9. The meal begins with a shared appetizer, an individually plated main entrée, and a shared dessert. For those using the Disney Dining Plan, the one table service credit also includes an alcoholic beverage. Four specially themed alcoholic drinks are found on the menu. Those diners without the Dining Plan can purchase the beverages for $11 to $12 each. 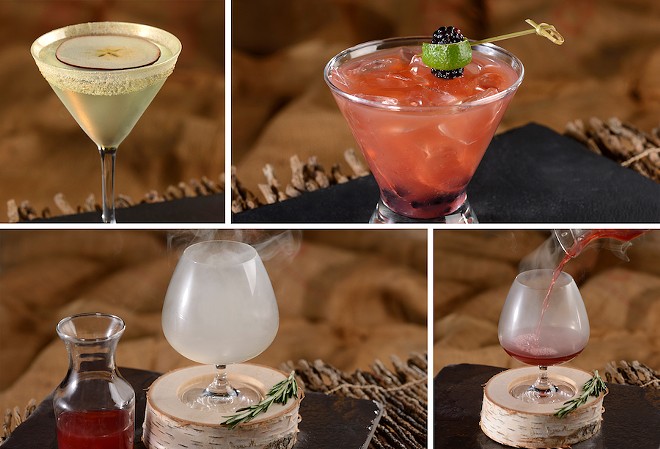 Image via Disney Parks Blog
While , the appetizers look to be made up in easy to divide portions. They range from a Winter Squash Bisque to a Wicked Shrimp Cocktail. A pot pie with chicken, black truffle, and stone fruit preserve plus a cheese and fruit plate with a make your own honey butter are available.

Desserts also keep with the Snow White theme. Miner’s Treasures, themed to Drawfs, is a sponge cake with chocolate gems and buttercream icing. The Hunter’s Gift to the Queen is a crackled maple popcorn with a ganache heart. A “Poison” Apple white chocolate and apple mouse has a sour center. A gooseberry and meringue pie rounds out the dessert options.

Image via Disney Parks Blog
A kid’s menu includes classics like chicken tenders and pasta but also a vegetarian steam bun and a prime rib roast.

Reservations are now open for the new character dining experience which starts on December 16.