Yes, Copper Rocket Pub in Maitland has indeed been sold

Photo via orlandoweekly/Instagram
Copper Rocket Pub, a local watering hole that has never won an Orlando Weekly "Best of" award *, was recently purchased by a co-owner of Foxtail Coffee Co.

There's no word at this point if the name "Copper Rocket" will remain, but apparently the interior of the bar (and the menu) will get "spruced up."

We first caught wind of this information last week, when an employee of the purchasing company told us the deal was happening and that the bar would seek a liquor license and serve craft cocktails.

We posted a story Friday, Aug. 4, at which point the principal in the deal, mmm, let's just say, protested strongly. In a series of rather shouty phone calls, texts and emails to at least four Orlando Weekly employees, he insisted that the deal had not been signed, a liquor license was not on the horizon, and our source was not an employee. We took down the post until we could confirm the facts with him rather than the employee/not employee, which the dealmaker said he'd send us "first thing Monday morning."

Reader, you'll never guess what happened next: no email! (Oh, you guessed? Yeah, it was pretty obvious where that was going.)

Monday evening, we witnessed the below scene: 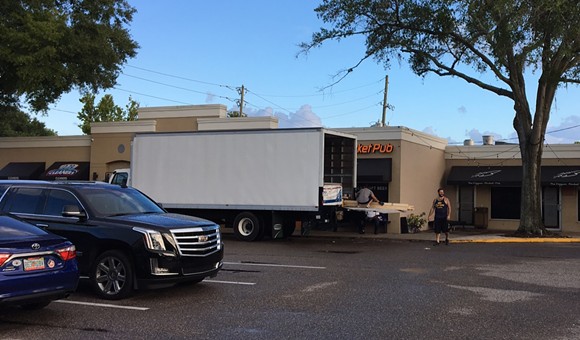 Photo by Colin Wolf
On Monday, workers were seen loading construction materials into the Crocket.
We stopped. We took a picture. We asked the Shish.Co guy what was going on.

"Foxtail bought them and they're gutting it," he said.

Has Foxtail bought the Crocket? Are they gutting the interior? Will there be liquor? Who the hell knows. What we do know is that restaurant owners are worse than politicians when it comes to trying to control the flow of facts. **

We tried again repeatedly on Tuesday to pin down the basic facts from the owner, who kept promising to send us "bullet points." Wednesday morning: still bupkes.

Ironically, the bar recently just had a complete overhaul. Back in May, the pub was featured in an episode of Spike TV's Bar Rescue. This episode has yet to air, but is expected to debut sometime in September, says the show's producers.

Photo via Snapchat
Copper Rocket was purchased from longtime owners George and Cathy Brickelmaier in 2015 by Selman Markovic.

This is a developing story and we will update it when more information becomes available. (Hahahahaha!) 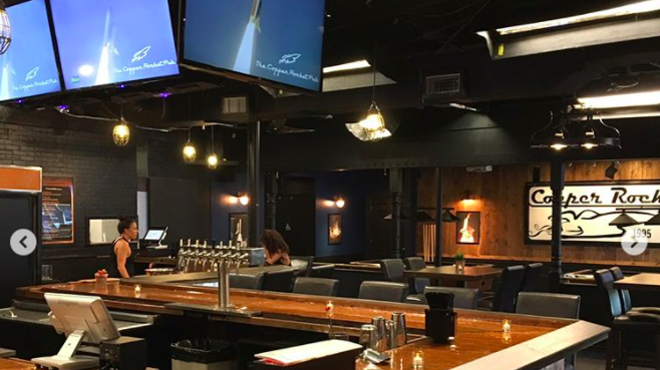 * Except for the Writer's Pick we gave them last year.

** Jessica wrote the more fiery parts of this post, partly because this situation sucked up energy she didn't have on a very bad week, and partly because it reminded her of this fibby little situation last year. If you have a problem with it, contact her; don't blame Colin.