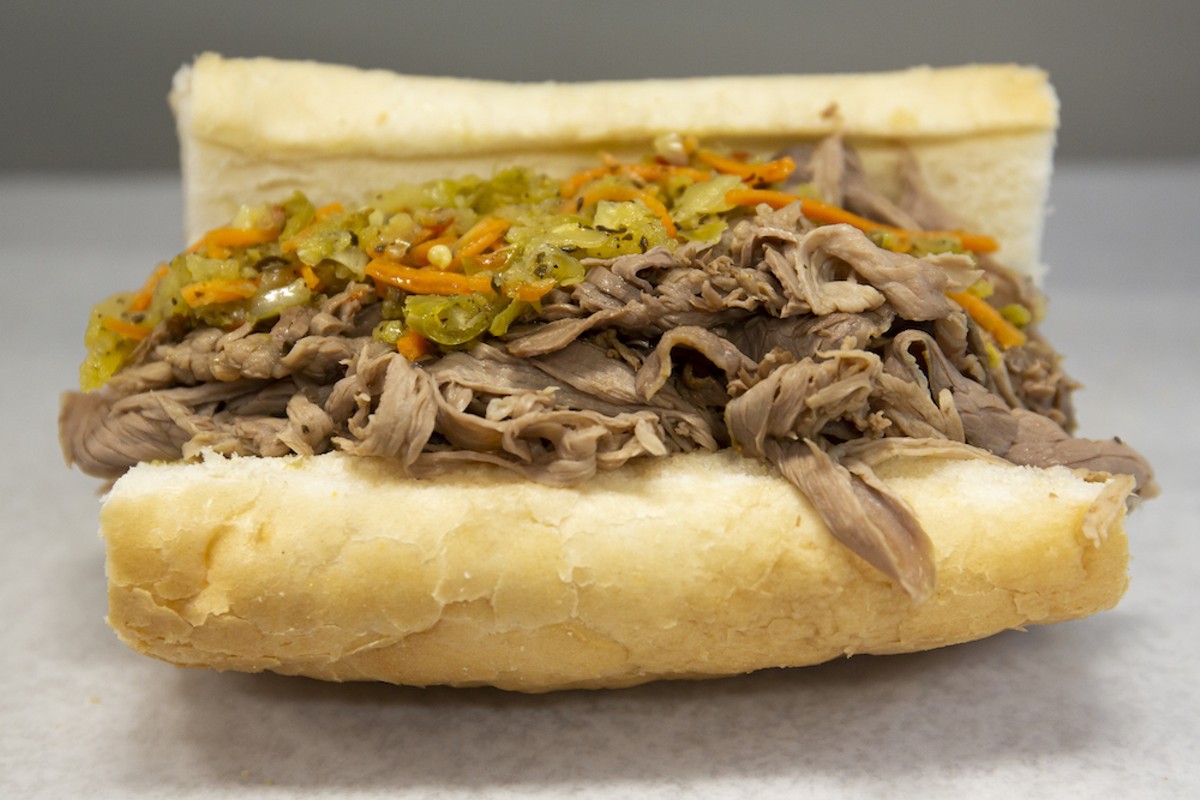 I can't say I've ever had a craving for a Chicago-style hot dog, but that's probably because I'm not from Chicago and didn't grow up eating them. No, for me, nothing beats the Toronto street dog, with its large yellow bun snuggling a weenie that's been grilled, scored, then slathered in sweet corn relish, cheddar, hot pepper rings, tomatoes, onions, mustard and ketchup. That's right, ketchup.

It seems folk from the City of Big Shoulders are very much against squirting ketchup on their hot dogs, in favor of dressing the boiled Vienna Beef tubies with relish, pickle spears, sport peppers and celery salt in addition to tomatoes, onions and mustard. It makes for a perfectly fine hot dog, and the steamed poppy-seed bun lends a nice squishiness, but that neon-green relish? Meh, I could take it or leave it. On a few occasions, I've asked the wiener slingers at Hot Dog Heaven and Chubby's to sub the relish with ketchup. I know, such sacrilege, but what can I say? I'm a food provocateur — I also like pineapple on my pizza, gravy on my French fries and my bagels toasted. 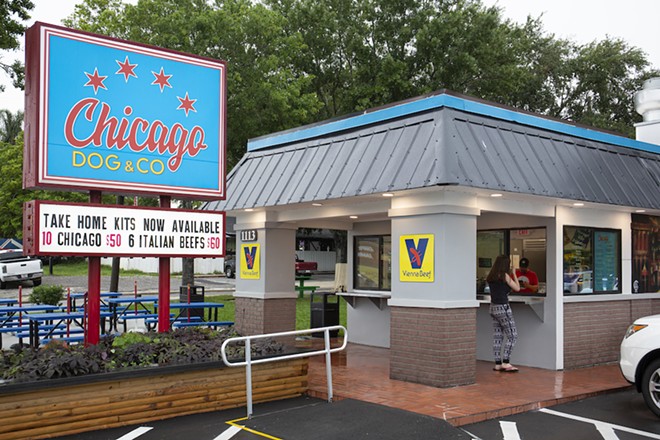 But for the scores of Midwesterners living here who feel otherwise, 2021 has been a pretty good year. For one, Portillo's — a Chicago institution and a major contributor to heart attacks across the Midwest — opened last month in the tourist sector, while Chicago Dog & Co., the subject of this week's review, started serving patrons in Altamonte Springs on April Fool's Day. It's run by sisters Monica Walters and Sandra Rivera, who opened the walk-up hot dog stand with their father, Hiram, who always wanted to get into the sausage game. They purchased the building that previously housed the Little Dairy Manor ice cream shop across from St. Andrew's Tavern and renovated it as a takeout-only operation. There's outdoor seating, as well a covered seating area behind the stand, where guests can indulge in a bevy of Chi-town faves.

Like I said, I've had the Chicago-style dog at both Hot Dog Heaven and Chubby's (as well as the now-shuttered Bite Hot Dog Co. in Longwood) and the one served here ($4) is arguably the best — the casing on the Vienna Beef frank snaps; the poppy seed bun is perfectly steamed; and the toppings are piled to excess. I managed to splurt sport-pepper juice all over my shirt after the first bite, but it was damn well worth it. I could've eaten another, but I had some "Chicago Poutine" ($7) to eat ... record scratch. As great as that hot dog was, this unholy mess of fries, cheese sauce, giardiniera and Italian beef was to poutine as the 1962 Cubs were to baseball. That is, appalling. It's a muddled goop of discordant flavors that has no business even being called poutine. You thought Chicagoans were serious about their hot dogs? Don't test a Canadian's patience with your creative takes on "poutine."

That same slow-roasted, thinly shaved Italian beef was much better served inside a French roll ($7) along with some spicy giardiniera and a side of dipping jus. Yes, the Italian beef sandwich is solid, as is the smashburger ($5), a new fave of mine with its crispy, charred patty, melted American cheese and sautéed onions between a squishy brioche bun. No gold leaf, no truffles, no pesto mayo — just a simple burger offering the simple pleasures of burgerdom. I tried the Polish sausage ($5) embellished with mustard, onions and relish as well, but after eating it, I felt it needed something.

Now that I'm thinking about it, I realize it needed sport peppers. Yeah, that's it. And some tomatoes and pickle spears. Celery salt, too. Could it be that I'm craving a ketchup-less Chicago-style dog? Yes, I may very well be. A Chicago-style dog ... with some real poutine on the side.