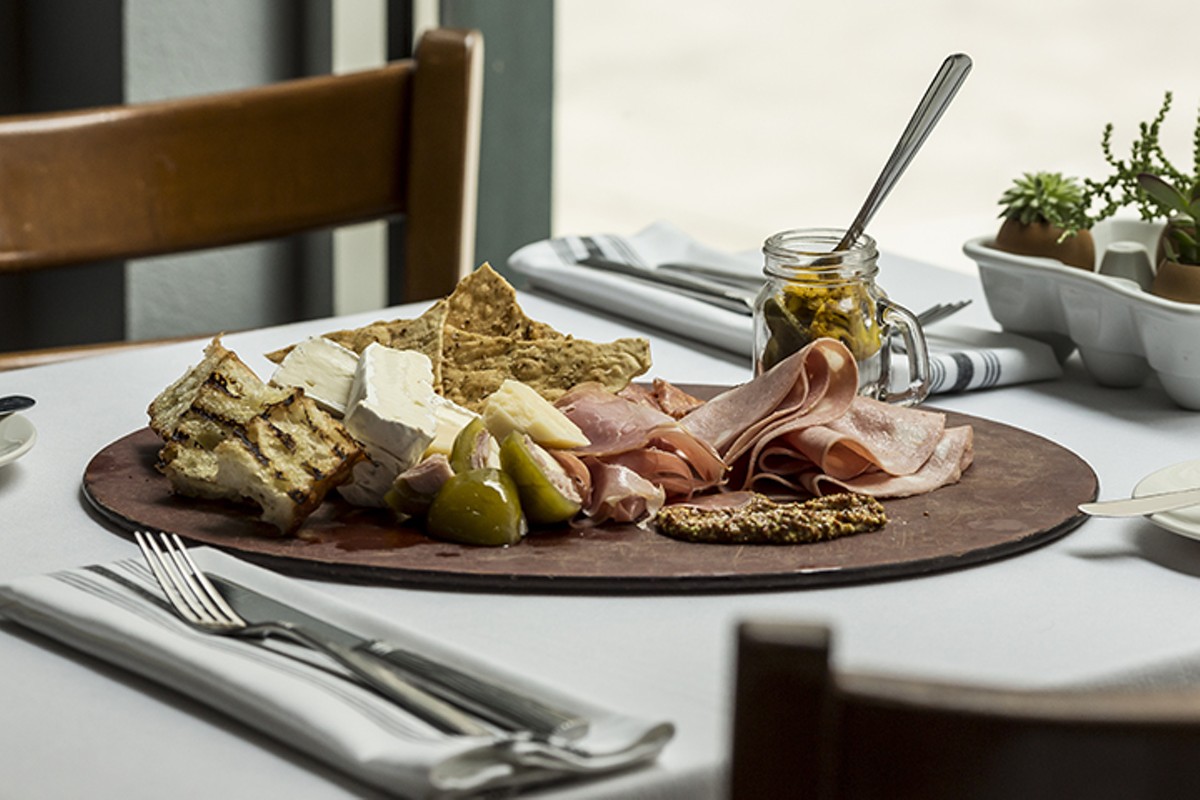 In a review last year, I likened Sanford to Brooklyn, sans the bridge, the insufferable accent and the rampant hipsterism. Well, it seems Winter Garden is just as equipped to play the cool borough to this burgeoning metropolis and, as far as restaurants go, Market to Table may be the biggest draw for Orlandoans.

Ryan Freelove, an accomplished chef who solidified his cred under Scott Hunnel at Victoria & Albert's, acts as the primary magnet. His dishes – precise, seasonal and, for the most part, classically American – echo the technical proficiency of the dishes served in the space's predecessor, alFresco.

Memories of the delicately crisp skin on a pan-seared cobia I enjoyed at that now-shuttered restaurant came flooding back after biting into M2T's equally crackling seared golden tilefish ($30). Vertical aesthetics came into play: a smaller piece of fish stacked atop a larger one, with a calculated mess of succotash (corn salsa and spelt) cascading down the fish mountain. Perfectly steamed romanesco broccoli nearly out-oohed the fish, it was that good. That romanesco (and a lone carrot standing on end) filled a wee cast-iron pot accompanying an oh-so-sexy and succulent shank of lamb ($26) squishing truffle gnocchi beneath. A curling, circling trail of red wine jus around the perimeter easily makes it the dish of choice for anyone who considers themselves a proper food pornographer. Yes, the fare is all very alluring, and the moody digs only amp up the seductive qualities. The downtempo beats circa 2001, however, kinda ruin the effect, as do all the chef carts scattered about the restaurant. So not hot, but they do add a bit of sheen to the space. 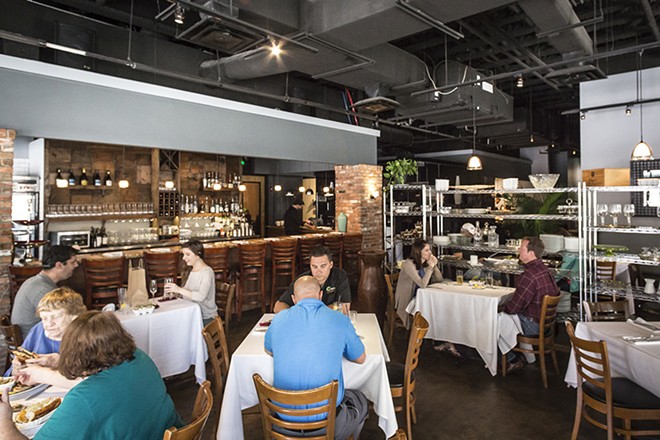 So do glistening soy- and hoisin-marinated beef satays ($10) – the plush and ample trio are filling enough for the carb-averse diner and come with a sweet chile dipping sauce, not a peanut sauce in case that's your inclination. For the carb-avowed, the breads and spreads ($12) likely won't disappoint, though don't expect the pita and baguette slices to wow. I can't attest to their freshness, but I found wonderfully brittle lavash and spongy focaccia to be far better vessels for roasted garlic hummus and artichoke-truffle spread, though soaking focaccia into a dip fashioned from fresh herbs and extra-virgin olive oil was my fave combination. BTW: Those herbs, as well as much of the produce, are procured hyperlocally from the "aqua-dynamic" rooftop garden, just as they were in the alFresco days.

Prior to opening the restaurant, Freelove was a regular at the Winter Garden Farmer's Market, where he sold everything from brines and marinades to dressings and butters, and many of those items (including that artichoke-truffle spread) are available here for purchase.

I would've purchased a couple of the giant raspberry macarons ($8) to go, had they not been filled with vanilla gelato. The monstrous confection is easy gratification for two, but it's not chocolate. For that, a cakey timbale ($7) served with vanilla bean ice cream and a swirl of Chantilly cream did the trick. And like many of Freelove's creations we, appropriately enough, loved it freely.