Josh Oakley has been a fixture in this city's dining scene, having put in his time at such venerable restaurants as the Rusty Spoon, Ravenous Pig and Cask & Larder, then making a name for himself at the Smiling Bison and 1921 Mount Dora.

But after a year and a half of helming the kitchen at The Monroe, Oakley is heading north. Not as far north as his native Buffalo, New York, but to Western Carolina, about an hour south of Asheville. His last day at The Monroe will be this Saturday, May 14.

Oakley says the decision to leave was a difficult one, but ultimately he went with his gut.

"It was a tough call. I love it here. Sue and Jason Chin are truly amazing to work for. I drove myself nuts going back and forth thinking about it. Somehow, I just know I'm ready for the next chapter of my life, and ready for a slower life. I wouldn't trade the last 20 years for anything, but I'm just ready for the next thing."

Oakley will be the executive chef of a small rural hospital overseeing patient meals and the hospital's cafe.

"I'm ready to focus more on my life outside of work. That was the big draw for me, and that's where my head and heart are at."

Jason Chin, who owns The Monroe as well as Seito Sushi Baldwin Park, The Osprey and Reyes Mezcaleria with wife Sue Chin, says Oakley's departure is a "bummer" but that things will be business as usual inside The Monroe's kitchen. 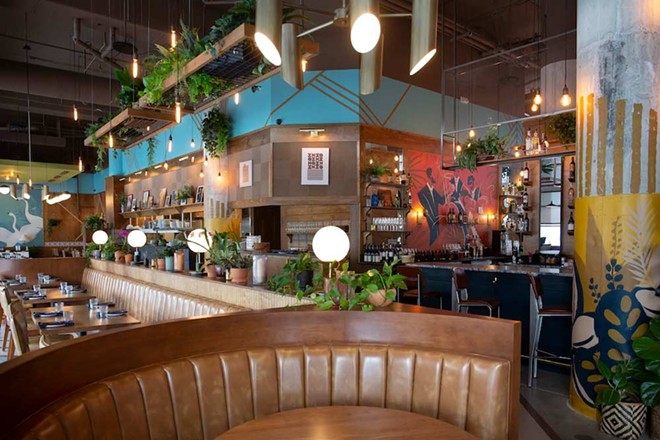 "We don't necessarily have someone officially taking [Oakley's] place yet, but we have a strong team, many of whom have worked with Josh in the past, so I feel confident that we'll be able to keep things running smoothly until then."

It's no secret that Oakley and I have exchanged verbal blows and engaged in public spats over hockey. But the diehard Buffalo Sabres fan struck a surprisingly softer tone when the subject of the Toronto Maple Leafs came up.

"I'm sure you're aware of the fact I don't care much for the Leafs. And as heartbreaking as it might be for me to see them escape the first round, I'd be more than happy to see them eliminate Tampa. They're easily my most hated team."

There you have it. Josh Oakley is rooting for the Leafs. It's written here for posterity, which I'm sure his Sabres crew will appreciate.

We'll miss you Josh, and we wish you the best. You'll always have a home in Orlando. But Buffalo? That I'm not so sure about.