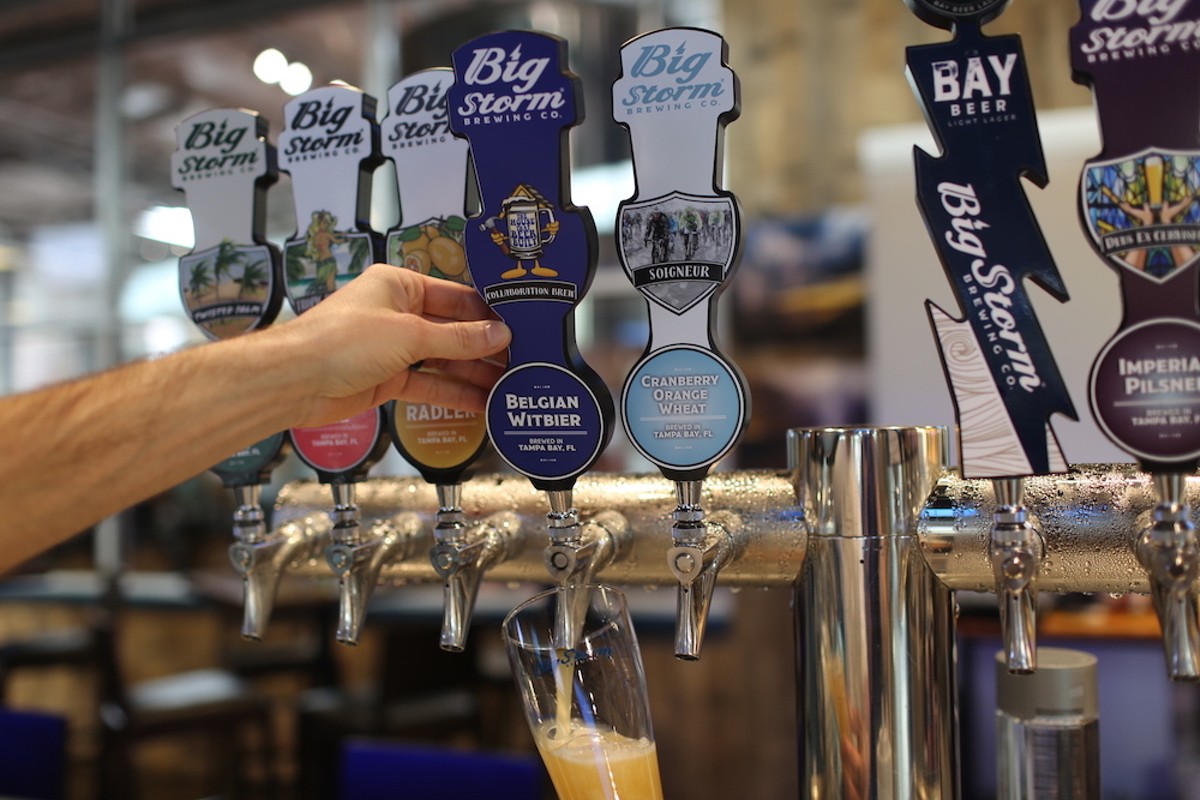 Florida brewer Big Storm is extending its reach to Orlando by the end of this year – if all goes according to plan, that is.

If construction goes off without a hitch, and COVID-19 doesn't run any interference, Big Storm will debut its fourth location within the Amway Center before the coming NBA season (which could tip off as soon as Dec. 22).

While downtown Orlando is in no way hurting for booze and entertainment, Big Storm hopes to be a complementary addition to the scene, and it's getting a hand from the city to make its presence known. The Orlando City Council has approved a 10-year lease for Big Storm's new Amway Center location. So this won't be a one-season fling for fans and craft beer enthusiasts. In fact, the brewery plans to be operating year-round, not just when the Magic and the Solar Bears are competing.

"We are excited to work with the City of Orlando to bring Big Storm's award-winning brews to Central Florida," said Big Storm co-owner L.J. Govoni. "The City and Amway Center officials share our vision of offering sports fans, concertgoers and others the best experience possible. The city has been outstanding to work with and their out-of-the-box thinking and approach has helped make this a reality."

That means you can also pregame before massive concerts like the Weeknd or heartthrob Harry Styles, not to mention getting a little giggle juice in you before stand-up acts like Joe Rogan or the Lit AF Tour with Martin Lawrence and the gang. (Fingers crossed for the pandemic to take a hike so we can make up for missing out on so many canceled events.)

Anyway, back to the booze. Speaking of getting tipsy, or just testing your affinity for hops and such, Big Storm is loading its taps with 24 signature beers. You'll find the brewery's iconic and very tropical pour, Tropic Pressure Florida Ale, which is steeped with hibiscus flowers, and Key Lime Shandy, brewed with Key lime puree.

The brewpub will also feature Big Storm's core beers, including their Wavemaker amber ale, Bromosa tangerine IPA and Palmbender pale ale. And Govoni shared with Orlando Weekly that there may be some specialty beers brewed on-site just for the Amway Center location.

The nearly 5,000-square-foot location will feature a full-service bar, which means spirits for those who need a stiff cocktail, as well as a menu loaded with coastal-inspired bar bites. The offerings range from grouper sandos and burgers to flatbreads and wings.

When it comes to layout, guests can opt for indoor or covered outdoor seating allowing access from both inside Amway, as well as an off-street entrance. Accordion-style doors opening the inside seating to the outdoor patio are planned for when weather permits.

Another bonus to the forthcoming brewery is jobs: hiring opportunities for nearly two dozen full and part-time employees, which is welcome news to hospitality workers who have been laid off or under-scheduled during the pandemic.

Whether you're looking forward most to pregaming shows, watching the action or just sliding by for a brew and a bite, Big Storm will soon be welcoming the Orlando crowd with open arms and cold taps.

More details to come as construction continues and an official opening date is announced.