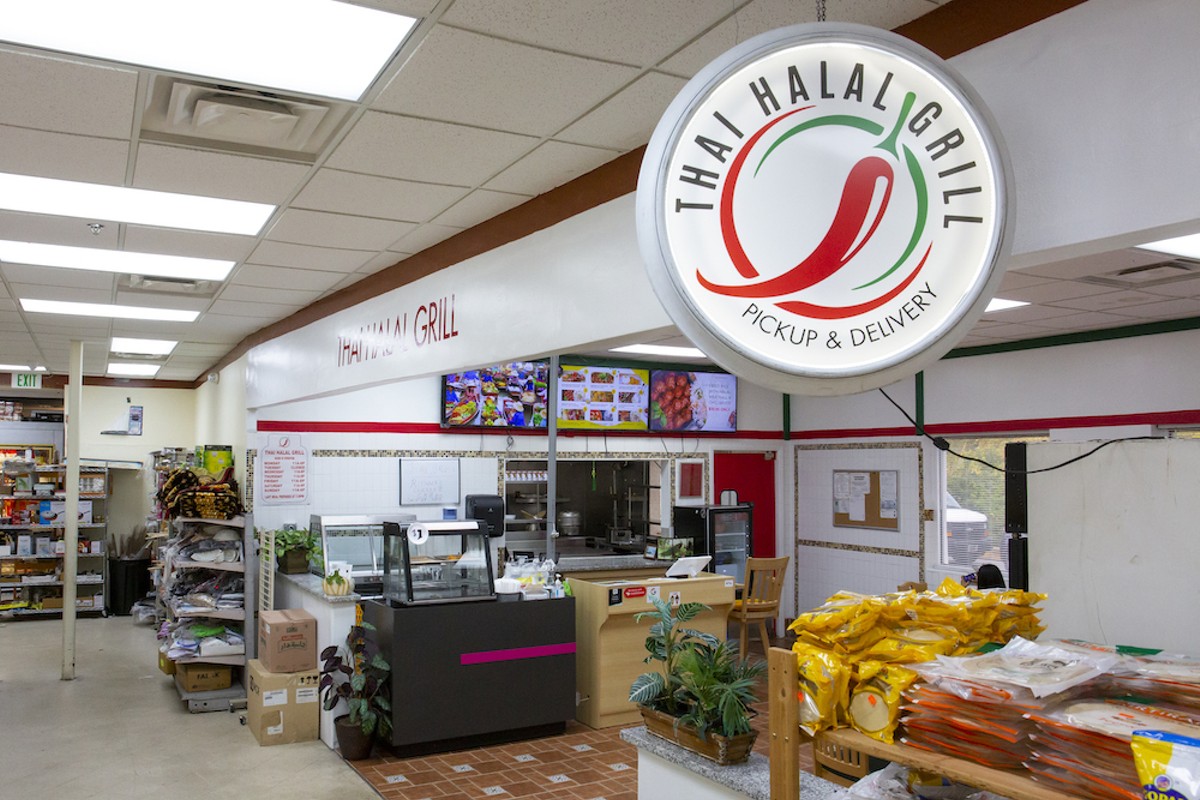 When I got word of a Thai joint setting up shop inside an Indian grocery store in Longwood, I wrongly assumed that their Siamese dishes would be inflected with the same sort of Desi-friendly spicing you see in Hakka, or Indo-Chinese, cuisine. But Thai Halal Grill inside Apna Bazaar is straight-up Thai, and proudly so, thanks to chef-owner and Isaan native Supaluk Khan. She runs the eatery with her husband, Aga "Jimmy" Khan, a Trinidadian who makes his contribution through incendiary spicing. His homemade pepper sauces, from scotch bonnet to green chili and apple, accompany Supaluk's dishes.

Massaman curry ($10.95) was an expected find because the food here is certified halal, and massaman (a twisting of the term musulman) means "Muslim." After we ordered, Supaluk headed into the sizable kitchen to prepare the dish and Jimmy — masked and socially distant — talked to us about how he and Supaluk first met at a Thai mosque, then returned to the same house of worship to tie the knot a few years later. As we listened to his sweet story while seated at the only table in the place, it became clear the Khans are the sort of couple that aim to please.

Jimmy set the massaman before us along with, more exuberantly, his pepper sauces. Currently, takeout makes up most of their business, so everything is served in to-go containers. We flipped the lid and used it as a makeshift plate to hold the heady coconut chicken-and-potato curry and white rice. 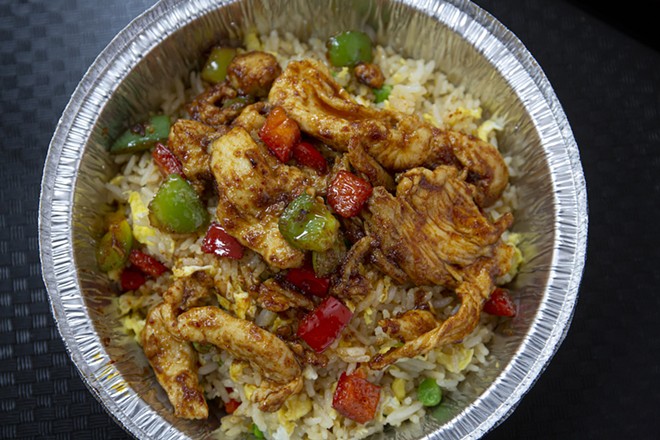 "This makes me feel like I'm back in Thailand," said my dining comrade, who added that the food served here is a lot better than the free-standing Thai joint nearby.

Supaluk says the food she makes is "country food" and indeed, there's a rustic, peasanty look and feel to it all — no fancy plates, no molded domes of rice, no artsy splattering. In seconds, Jimmy's scotch bonnet pepper sauce had my scalp a-sprinkling, but that didn't stop me from moving on to a very simple offering of crispy tilapia fillets ($10.95) and fried rice. The fish is served with its own sweet red chili sauce, and it's the sort of dish my companion could picture eating on the side of some pastoral road in Thailand. Same goes for the red curry ($11.95), with the plushest cuts of beef.

I asked Supaluk what she marinates the beef in to make it so soft, but she's not talking. She does admit the red curry paste isn't made from scratch right now, but that doesn't mean it won't be once they get a better feel for the business as well as their customer base, many of whom are South Asians. In fact, they're already looking to tweak the menu (khao soi would be a welcome addition, if you ask me), but chances are the stir-fried noodles with meatballs ($10.95) will be a fixture. Supaluk uses a beef/chicken mixture and tosses them with peas, peppers and onions. My friend loved them; I thought they could've used more flavor; but, no question, the dish is ideal for anyone with a guarded palate.

Amid all the open containers splayed out in front us sat three tangerines on a small plate. I assumed (wrongly again) that they were merely a table decoration. "No, those are for you," said Jimmy. In the absence of mango sticky rice, a few tangerine segments made a perfectly fine ending.

Jimmy even packed up the other two tangerines for us and, not surprisingly, threw in a container of his scotch bonnet pepper sauce as well. Leftovers were enjoyed for lunch the next day as I read the latest issue of Orlando Weekly. Some of the pepper sauce got onto the pages and, in a fit of instinct, I scooped it up with my finger — hot off the press.