I don't know if you've noticed, but if you're dragging ass on Saturday a.m. and don't show up for your mid-morning meal until, well, mid-morning, you're gonna wait. Probably for a while. Brunch has gotten big – really big – and Another Broken Egg, a daytime café in Winter Park Village, is another place where you'll wait if you show up after 9 a.m. And for good reason: While the de rigueur breakfast foods (toast, eggs, potatoes) are present, Another Broken Egg's menu is rooted in Cajun and Creole cookery, which means flavor, flavor and more flavor (for the most part).

The restaurant is painted Provençal yellow, casting a warm glow over an otherwise blank-slate space. Silk flower arrangements abound, a full bar slings Bloody Marys and Kahlúa-spiked coffees, and the dark roast is served in earthenware crocks not unlike something you might find if you were having breakfast at the (now-defunct) Country Bear Jamboree. This place has charm down to a science. Servers are quick with Southern-mama inflections (minus the snail's pace), but instead of being kitschy, it just feels homey. Less Waffle House, more grandma's house. 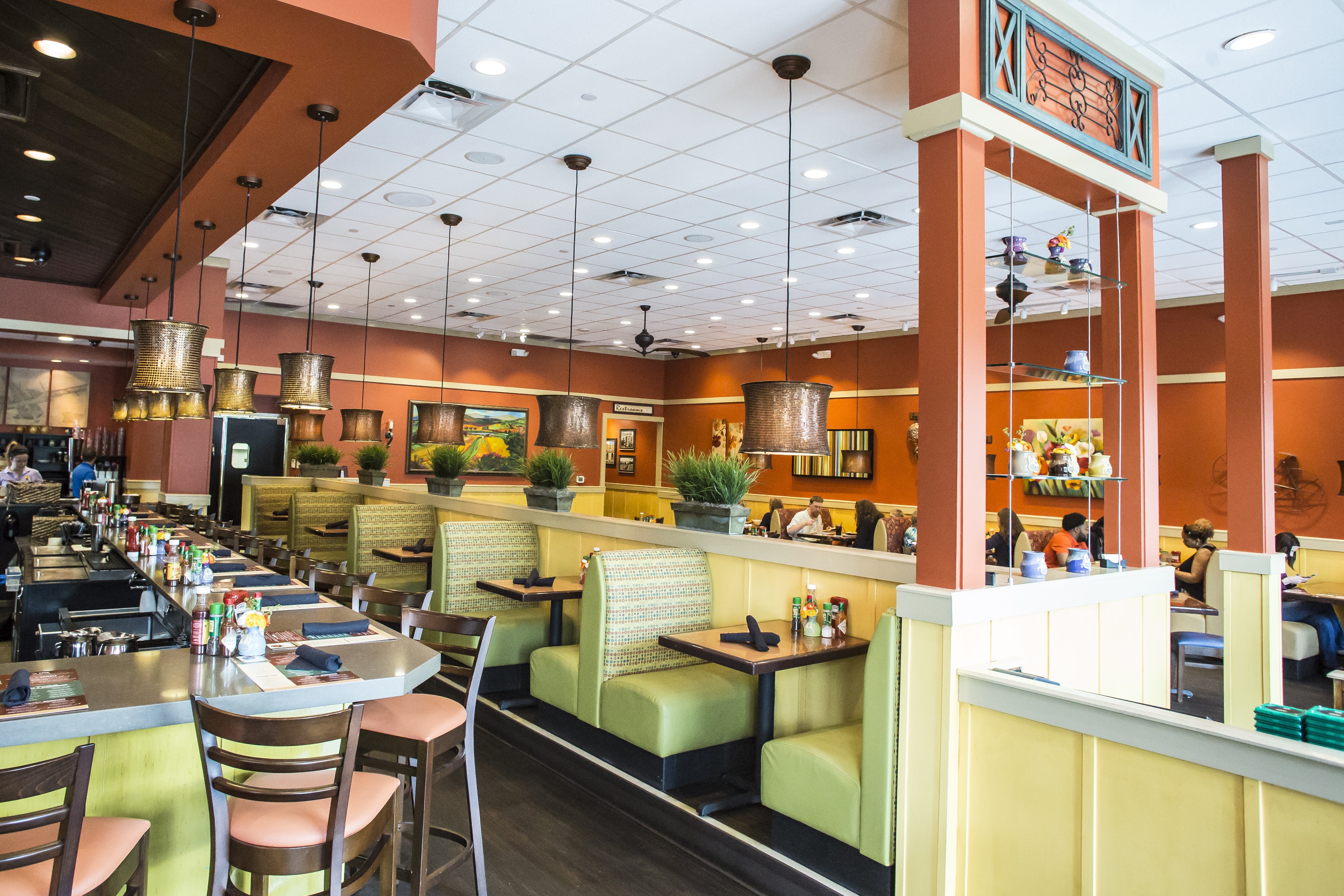 Start with the biscuit beignets ($5), served with a vat of orange marmalade for dipping. These aren't your puffy, ethereal Café du Monde-style donuts. Rather, they're made from the restaurant's biscuit dough, so what they lack in lightness, they make up for with buttery richness. Be warned, though, there's enough powdered sugar on these things to make your mouth and clothes look like you've been partying with Toronto mayor Rob Ford. Dropcloth recommended. The fried green tomato app is well worth its price tag ($11), as the jumbo lump crab cake in the middle of the tart tomatoes is light on the breadcrumbs and heavy on meaty pieces of picked crab. Cheese isn't usually something to pair with seafood, but the goat cheese crumbles sprinkled on the crab cake worked their creamy magic to add zip and interest to the dish.

There are 11 omelets on the menu, each sporting ingredients indigenous to the bayou, like andouille sausage and crawfish. The Hey Lucy!!! omelet ($12), filled with avocado, sausage and green chilies, is a solid option. For something a little more decadent, the lobster-and-Brie omelet ($15) is perfectly melty, with chopped lobster tail and claw meat bathed in the baked cheese. The "brunch specialty" items are hidden on the back of the menu, so don't pass them by. Shrimp and grits devotees will be disappointed by Another Broken Egg's rendering, though, as the shellfish are small and anemic and the dish requires a healthy dousing (read: a puddle) of the house's hot sauce blend to impart any flavor. Salt, people. Salt.

In a city now bursting with brunch restos and inevitable 25-minute wait times with lines of hangry patrons ready to get their omelet on, Another Broken Egg is an above-average option among traditional breakfast hot houses. Just sneak a couple bites of something before you leave the house.