Amid a difficult situation at Sanford's Old Jailhouse, chef Bram Fowler trudges on

Sexual misconduct continues to plague the restaurant industry no matter how many Batalis and Beshes are named, nabbed and stripped of their former glory. Amid the city's burgeoning culinary landscape, harassment claims – some made public, some known only to restaurant insiders – have tarnished even mainstays like Christini's Ristorante, who settled a claim with a female bartender earlier this year. Even with all the mandatory harassment training in this post-#MeToo era, accusations of sexual improprieties persist, and the latest involves Tony Sirica, owner of Sanford's Old Jailhouse. Sirica was charged with sexual battery and indecent exposure last month and was released from the Seminole County Jail on bond.

The irony here, of course, is that Sirica's restaurant is housed in the building that served as the Seminole County Jail from 1914 to 1959. It's an absolutely stunning restoration and renovation, cell bars and all. Bram Fowler, executive chef of the restaurant and former chef-owner of the well-received Journeys in Longwood, told me Sirica poured nearly a million dollars into the restaurant – a million dollars into a restaurant in Sanford! – and it most definitely shows.

Naturally, Fowler has been fielding questions from concerned customers since news broke of Sirica's arrest. I ask him if he's lost customers over the affair and, as much as he tries to hide his despondence, those glassy eyes speak volumes. Sirica isn't a man smarting for cash (did I mention he poured a million dollars into a restaurant in Sanford?) but that's not so for Fowler and the restaurant's employees. 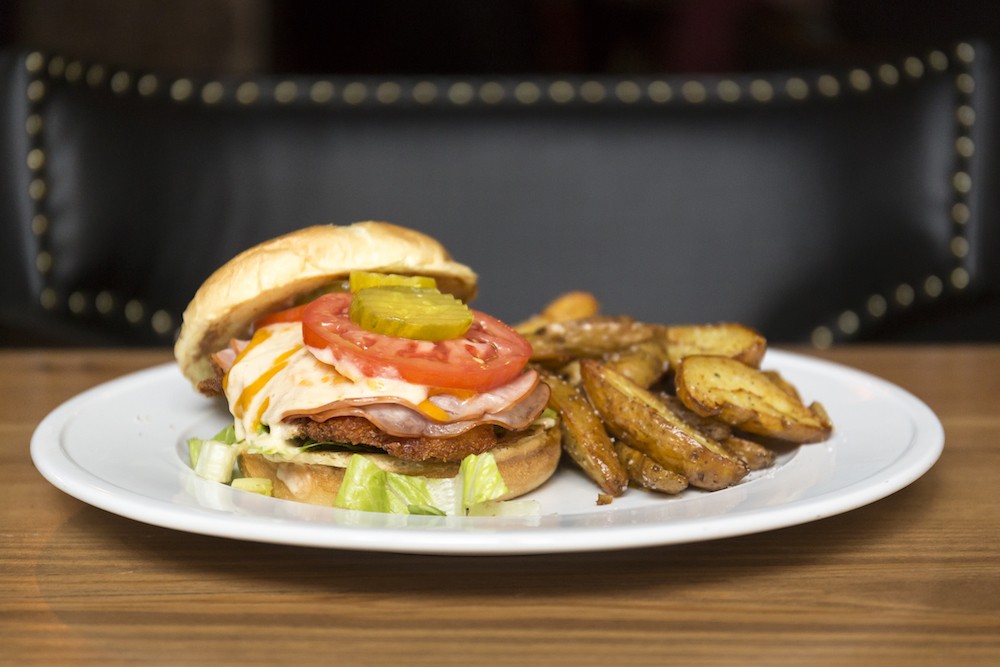 "I understand customers not wanting to eat here [because of the arrest]," Fowler says, "but what they don't realize is that it's not the owner that's going to be hurt. It's all of us." He points to the restaurant's talented bartenders and servers, all of whom appear to have a seasoned grasp of Fowler's menu. He speaks of the unfair position they all now find themselves in just as one of the courteous servers deliver our entrees. We'd already ravished a bowl of crispy Brussels sprouts and okra drizzled in a mustard aioli ($10), then dutifully picked our way through a roasted beet salad ($11) that suffered from wee cuts (not wedgy chunks) of beets and a lack of the promised curry vinaigrette.

"Sun Belt Cuisine," Fowler calls it, and our conversation turns to food. He introduced the term to the gastronomic lexicon as a way to describe the swath of flavors and cuisines from the southern portions of the United States, from California to Florida. The West Coast, however, seems under-represented – what, no California rolls? Avocado toast? In-N-Out-style burgers? Seems Louisiana got all the love. Creole lamb shank ($22) served over a medley of still-crisp roasted vegetables in a bell pepper sauce is gorgeous, impeccably braised and unfussy. There's a "French Quarter" bouillabaisse ($24), a shrimp po'boy ($14) and a take on Oysters Rockefeller called Oysters Sanford ($17) baked with celery grains. From Florida, there's a golden tilefish ($28) flawlessly pan-seared in an artichoke and sundried tomato sauce. Artichokes – there's the Cali connection! Not sure if the airline chicken breast (a boneless chicken breast with the drumette attached) is a Sun Belt staple, but bathing it in a bird's eye chili sauce gave the dish some wings ($20).

Fowler returns and insists we try the bananas foster bread pudding ($8). We oblige, then have to catch ourselves before our buttery groans get out of hand. They're tempered by mouthful after mouthful of not-so-sugary sweet potato pie ($8), and I look up to see Fowler crack a smile. This is why he does what he does. It's why he endures the uncontrollable vagaries of the business and, right now, he's enduring. He heads over to the bartender to go over details on a new seasonal cocktail menu. I can hear them talking excitedly about the potions, and Fowler's demeanor and body language change for the better. Whether the restaurant survives through this or not, I'm sure of one thing – Fowler will somehow, some way, break out of this Jailhouse funk.