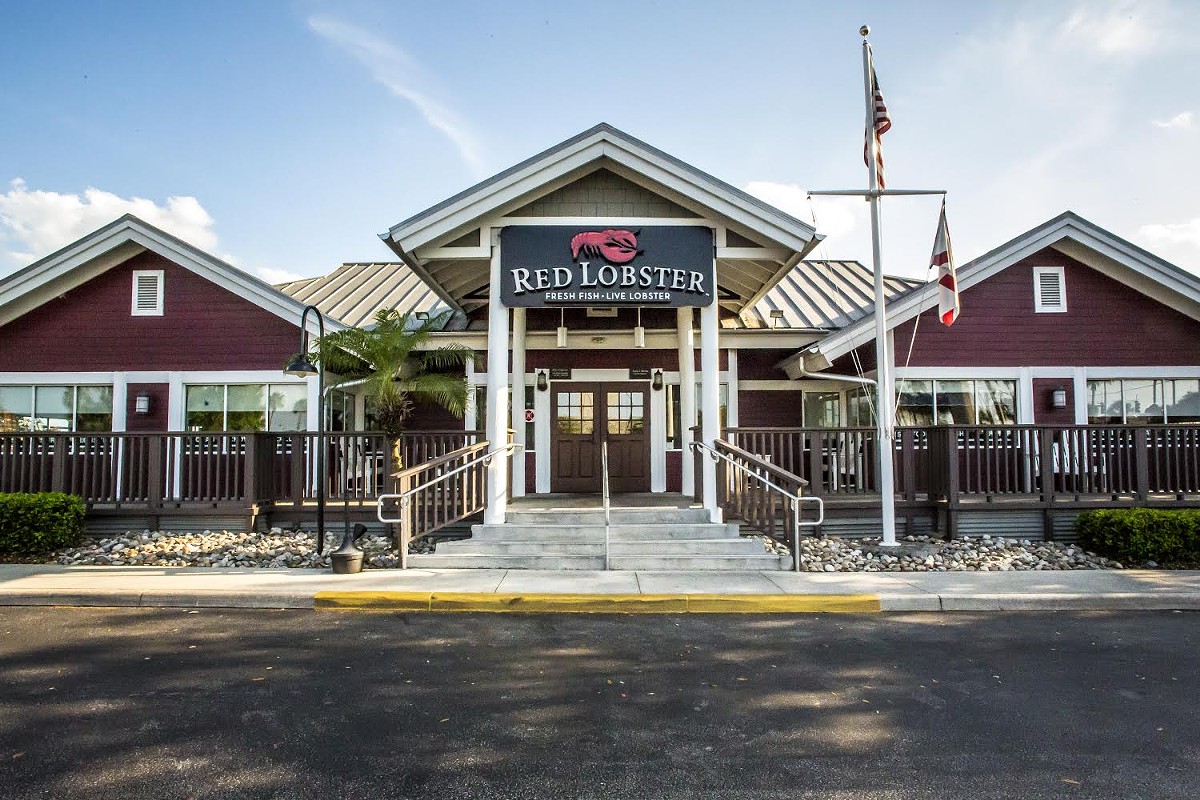 When Darden sold Red Lobster last year to private equity firm Golden Gate Capital for $2.1 billion, the restaurant announced it would return to its roots – lobster, that is – in an effort to reinvigorate the brand. Turns out the menu changes instituted last year spawned a turnaround in this chain-iest of chain restaurants. How much of a turnaround? Well, I can state unequivocally that Red Lobster can stand toe-to-toe with the finest seafood eateries anywhere, and if you think I'm given to bombastic obfuscation, you wouldn't be entirely incorrect. That said, maintaining thematic congruence with this April 1 issue of Orlando Weekly and offering a sincere commentary on this restaurant needn't be mutually exclusive. Not in the least. So, on with the review.

First off, I can't say how overjoyed I was to have my mother-in-law join us for dinner. It made the meal all the more ... oh, there are no words, really. Anyway, a longtime favorite of hers was the lobster-artichoke dip ($9.79) and, apart from the hair extracted from the accompanying bowl of salsa – a hair we viewed as being "good luck" ­– we heartily took to the starter, laughing off the follicular faux pas. Even more amusing was hearing one of the servers walk by yammering on about stomach surgery. Who knew this place could be so much fun!

Now, our server, well-informed on Red Lobster's new direction, suggested we sample the crispy shrimp lettuce wraps ($8.99), a newish item that appeared to be quite popular amongst the dinner-jacketed men and begowned ladies seated in the modish dining room. RL's lettuce wraps made the ones at P.F. Chang's seem like a tired trend. And if you're wondering whether they still carry their signature Cheddar Bay biscuits, worry not. They've still got 'em, and, if you ask me, the Ravenous Pig should consider themselves lucky if their Gruyère biscuits simulate a fraction of their addictive character.

Lucky for us, it also happened to be Lobsterfest, a fact my mother-in-law seemed to be quite excited about. It's like Christmas for lobster lovers and runs through Lobster Christmas (April 12). Perhaps no dish exemplifies the celebratory period more than the dueling Maine lobster tails ($27.99) featuring one roasted and topped with shrimp in a creamy garlic sauce, and one baked with a crab stuffing. Personally, I'm not big on adulterating my lobster, but the MIL was all OMG about the dish and I wasn't about to rain on her parade. A seafood bake ($22.49) of steamed snow crab legs paired with shrimp, bay scallops and corn on the cob roasted in a buttery garlic-white-wine broth was a throwback dish, and not in a "throw it back to the kitchen" kind of way, either. We also ordered some fresh fish: blackened mahi ($21.99), sided with rice pilaf, green beans and a Caesar salad. It was blackened, all right – blickety-blackened.

I was shocked to learn that Red Lobster didn't employ an in-house pastry chef, but was assured desserts were prepared by some very competent off-site bakers. I regained my composure and ordered a carrot cake ($6.29) that was sweeter than Sweet Sweetback's Baadasssss Song. The chocolate wave ($6.49), by comparison, may not have been the title of a Melvin Van Peebles movie, but it made a mother of an ending.

Now, if I may be serious: As far as chain restaurants are concerned, you could certainly do worse than the new Red Lobster. The menu revamp is properly lobster-first and seafood-focused – a move that warrants respect because now, more than ever, Red Lobster is very much for the seafood lover in you.