21 Orlando tacos you must try

Until you’ve eaten every one of these, you can’t consider yourself a true taconaut 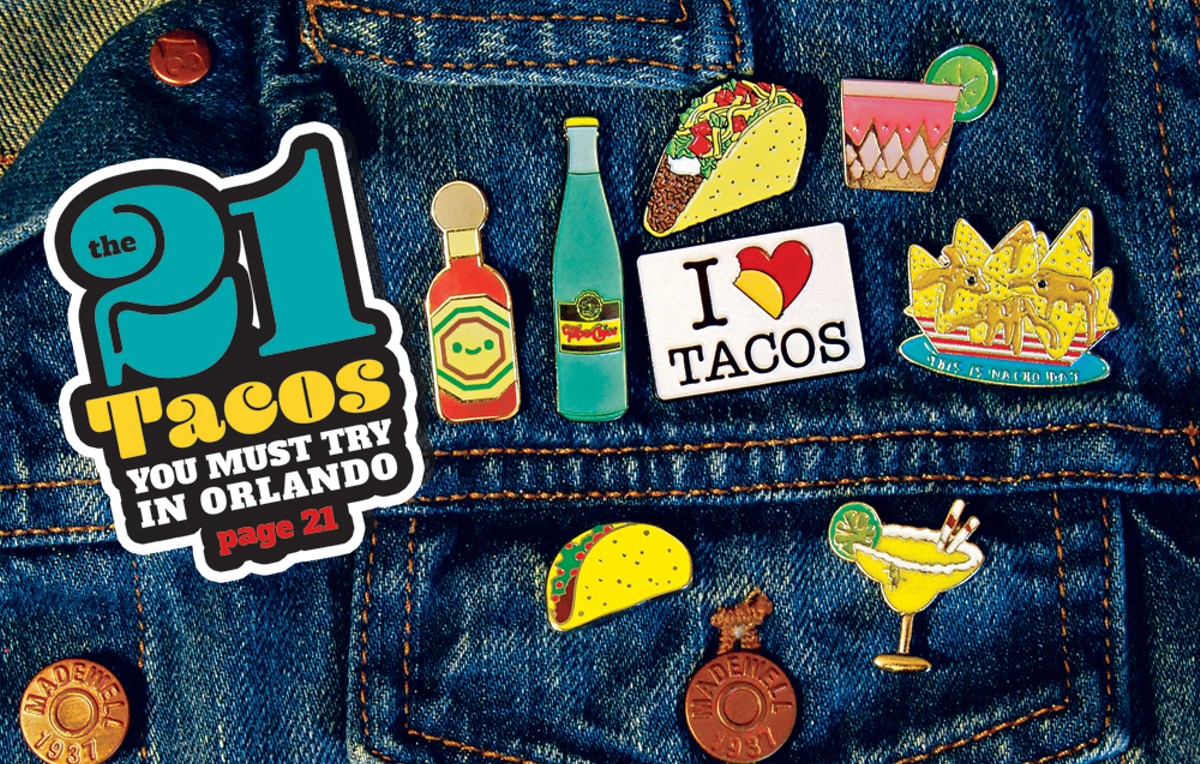 The Taste of Yucatan

The Semoran Boulevard stand-alone features all sorts of traditional dishes from the Yucatan peninsula, but the Mayan ancestor of tacos, called salbutes, are a must-try. The handmade corn tortillas puff in the deep fryer and then are topped with onion and avocado, plus your choice of protein – cochinita pibil strongly suggested. 1375 S. Semoran Blvd., 407-704-2248; thetasteofyucatan.com

It may not be authentic, but Americans love a hard-shell taco. So we're including the best one we know, from Florida-based chainlet Tijuana Flats. That seasoning on the outside, also found on their chips, is weirdly addictive, and $4.99 Taco Tuesdays mean a line out the door on that particular day of the week. Multiple locations, tijuanaflats.com

T&T is notorious for its irreverent ingredient combos, topping the proteins with stuff like garlic pesto, potato sticks, crushed Doritos and house-made ranch dressing. We prefer the notoriety of the Notorious P.I.G., which combines shredded pork with beer queso and "boom sauce" along with a salsa roja and tangy cotija cheese. It's a flavor bomb, to be sure. 40 W. Washington St., 407-425-4340; also 419 E. Michigan St., 407-734-5988; tinandtaco.com

Let these double corn tortillas envelop you in their love. Operating out of a remodeled Checkers drive-thru, Tortas El Rey is perhaps best known for their heavenly carnitas torta, but don't sleep on their carne asada tacos. The deliciously marinated steak taco with chopped cilantro and onion is mouthwatering on its own – pair it with the salsa roja for an added kick in the throat. 6151 S. Orange Blossom Trail, 407-850-6980

Fast-casual eatery Viet-Nomz packs tons of complex flavors into traditional Vietnamese cuisine like pho, banh mi and steamed baos, and their street tacos are no exception. Choose from chicken, steak, pork or crispy tofu as a base, then prepare for layers of slaw, picked carrots and crunchy daikon deliciousness packed into a flour tortilla and drizzled with all the spicy nom-nom sauce you can imagine. 11798 E. Colonial Drive, Orlando, 407-601-4113; also 7581 University Blvd., Winter Park, 407-636-6069; vietnomzfl.com