Pie in the sky 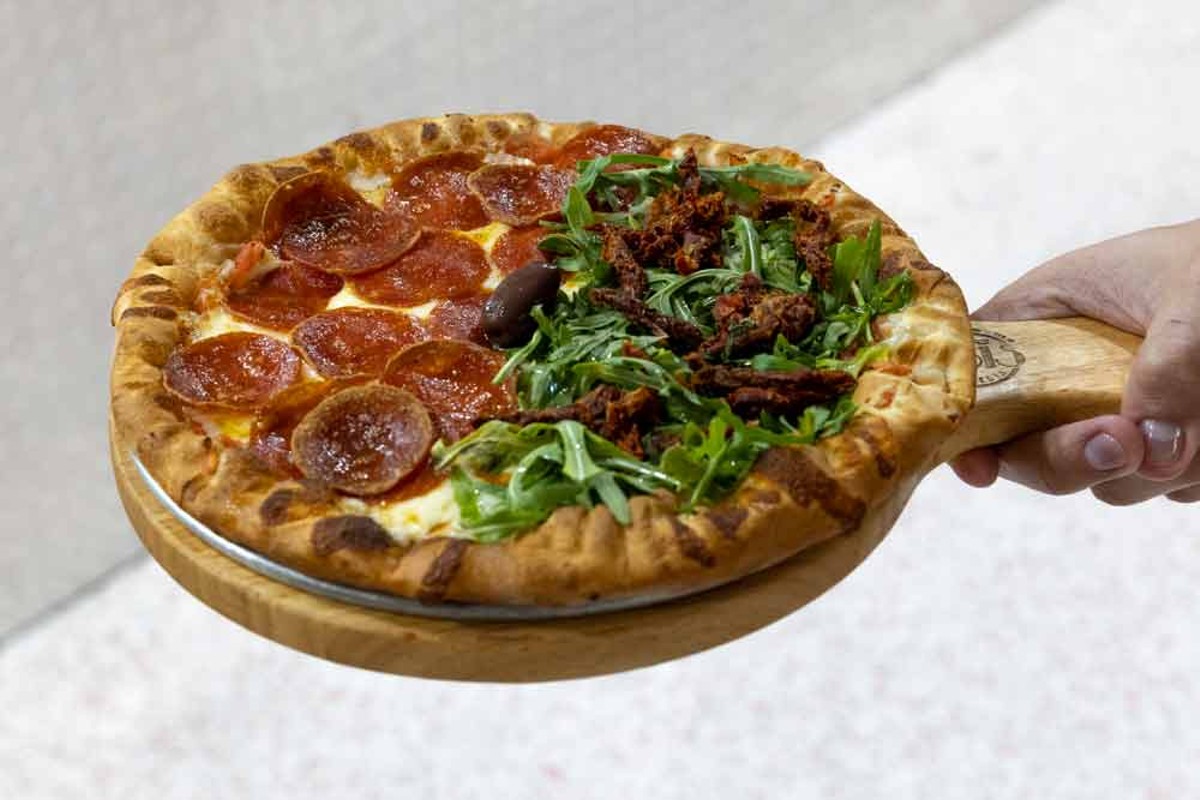 Civic rivalries simmer in practically every nation on the globe, and Brazil is no different. Rio de Janeiro and São Paulo have been jawing at each other for decades, their differences extending as much to food as to punctuality and attire. On a visit to Brazilian pizzeria 14 Bis, I learned that folks from Rio love ketchup on their pizza, but the practice is utterly scoffed at in São Paulo. Cariocas, on the other hand, find it a bit kooky that Paulistanos like their pizza crusts sugary. I suppose that makes sense. Brazil, after all, isn't just known for its surname-shunning soccer players; it's known for leveling the Amazon rainforest in the name of Big Sugar.

Personally, I'm big on mixing the sweet with the savory, but I didn't find this sweetish crust thing all too pleasing. In the corn and catupiry sfiha ($2.95) — a round, pizza-like pie of Levantine origin with a thick crust — I thought the sweetness might have come from the plump niblets. But after biting into a sfiha with smoky ground Calabresa sausage and mozzarella ($2.70), it was clear the crust was the culprit. Not that it was so off-putting that we couldn't finish the baked rounds or anything. We did — and the sfiha with corn and catupiry cheese was polished off a little quicker than the Calabresa.

There wasn't a hint of sweetness in the coxinhas ($7.95), shredded chicken croquettes shaped to look like pears. Or teardrops. If you've had a few too many caipirinhas ($8.75), the croquettes even resemble little drumsticks. But what these poppers were missing was a dip of some sort. "We have them with ketchup," said our server from Rio. Ketchup: of course. But if you think we slathered ketchup on the pizza ($20.95) we ordered, you'd be wrong. No need, really. One half of the sweet-cruster featured a meatless mix of toppings — hearts of palm, mushrooms, mozz, shredded Parmesan and olives. (The olives, BTW, came with the pits in. Be careful chomping.) On the other half, we ordered it with "Portuguese" toppings — chopped ham, onions, hardboiled eggs, olives and mozz.

"This is like a breakfast pizza," said my pal, and he was right. It was weighty, too, necessitating the use of a fork and knife. That's how pizza is typically eaten in Brazil, though Brazilians have been known to eat pizza wearing plastic gloves when skipping the cutlery. Over at Braccia Ristorante in Winter Park, they offer plastic gloves to guests ordering their Brazilian pies. 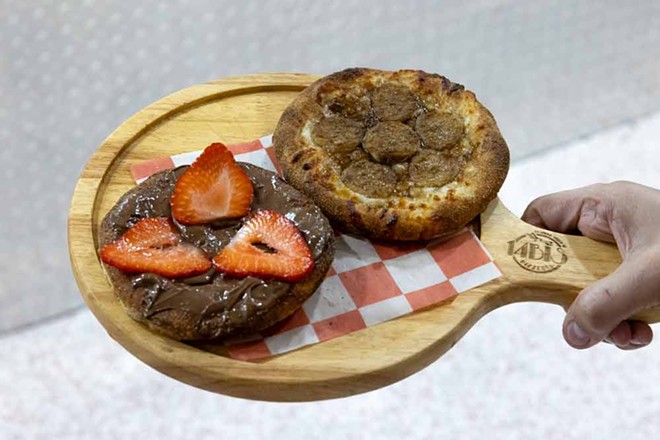 In the two dessert sfihas we sampled — banana and mozz ($2.60) and beijinho ($3.80) with sweetened condensed milk and coconut custard — the sugary crust wasn't just wholly appropriate, it enhanced the sweetness of the fillings. I'd make the drive out to Metrowest just to sample these again. 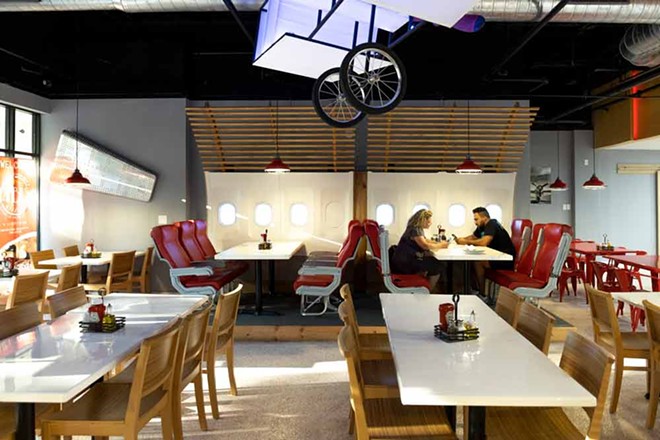 But the most appealing facet of 14 Bis is its aviation-themed interior. I was dazzled by the flight information displays, the tables with actual airplane seats and the faux fuselage with windows looking out onto computer-generated passing clouds. There's a "First Class Lounge" for larger parties, and the servers are all dressed like flight attendants. Like those dessert sfihas, I ate it all up. In fact, the restaurant's name is a reference to the biplane designed by Brazilian aviation pioneer Albert Santos-Dumont. In 1906 in Paris, Santos-Dumont flew the 14 Bis in the first manned flight to be witnessed by a crowd. A scaled-down replica of the plane hangs from the restaurant's ceiling. Pretty cool.

No doubt, the sugar-crusted pies at 14 Bis won't be for everyone, and they'll certainly throw diners not accustomed to Brazilian-style pizza for a proverbial loop. In the world of pizzadom, there's always room for different interpretations — at least, there is in my book. If anything, it's what makes this aviation-themed restaurant a departure from other pizzerias. 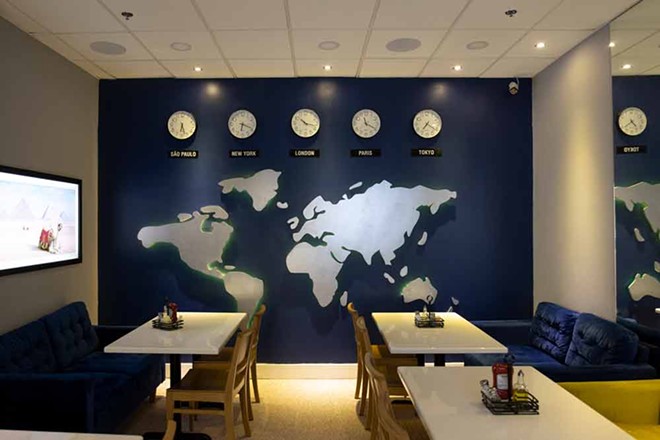