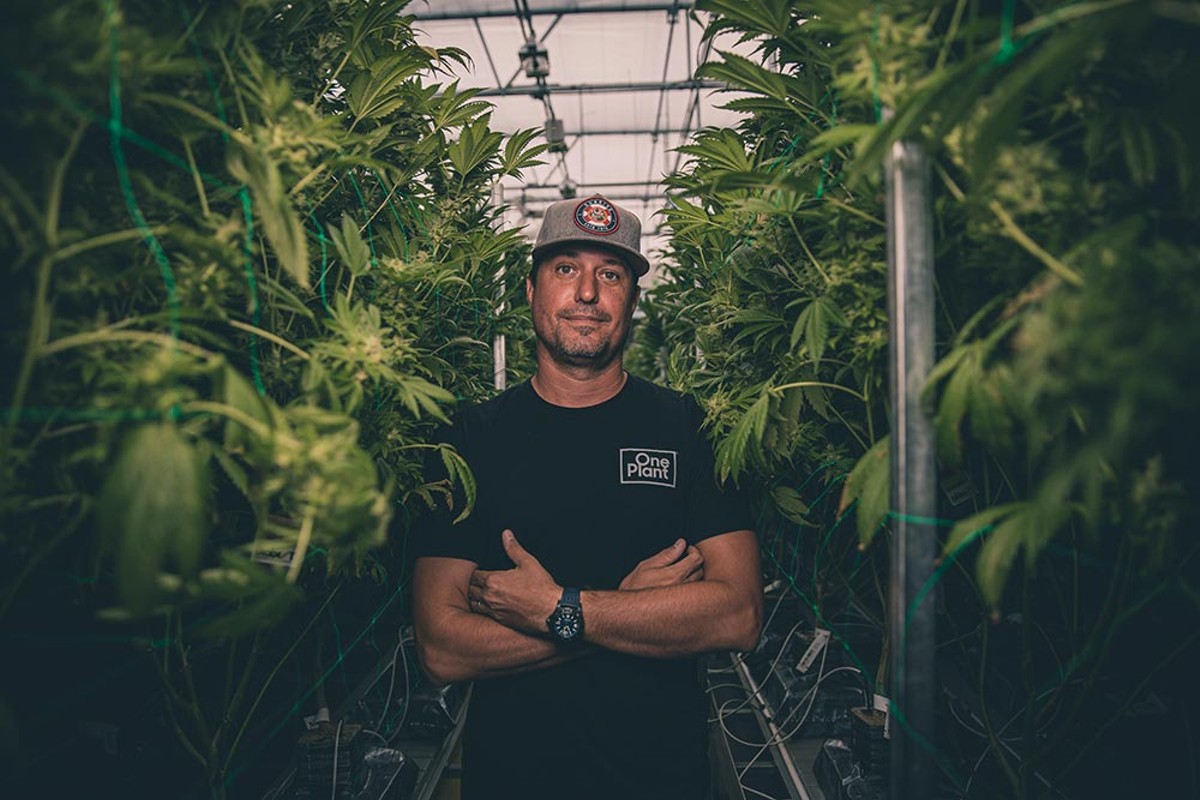 When I last spoke with Brady Cobb, the medical marijuana mogul had recently sold Bluma Wellness and his One Plant dispensaries to Cresco Cannabis, which rebranded them as Sunnyside. Just over a year later, he's back in business with Green Sentry, which purchased all the Florida assets of once-hot MedMen — including the University Boulevard location that's conveniently adjacent to Toasted — and is currently creating the closest legal growing facility to Orlando in Winter Garden. Cobb caught me up on the Sunburn Cannabis brand he's launching later this year, the increasingly competitive market it faces, and his outlook for recreational weed's future in the Sunshine State.

LAC: What did you do after exiting Bluma Wellness, and why return with Green Sentry?

BC: We honestly took a month off. I went out to my family's happy place out in Colorado. We spent a month out in Aspen just decompressing.

We did some consulting out in California and Arizona where we did a few turnarounds for existing companies. And then we kept studying the Florida market. The three top players — Trulieve, Curaleaf and Verano [Müv] — have over 70 percent share combined, and they all kind of focus on that more medicinal feel, and a little bit more of a mid-to-lower quality product. So we saw that our lane was opening back up and we said OK, let's look at jumping back in.

Why did MedMen, who were early industry leaders, leave Florida?

What really attracted us to MedMen was the quality of the store locations and what they had done. The locations are the hardest part; cultivation we can build out.

My observation is they, like a lot of companies, grew too quickly in that 2017 and '18 run-up. They were a very successful high-end retailer in California [where] they never had to cultivate anything because everything was available via wholesale, just like you'd stock any other store. When they had to come to the states [like Florida] that have a vertical requirement, where they had to grow [and] actually operate and cultivate, they couldn't do it from 2,600 miles away. So I think they got really good store locations but they couldn't fill the stores up.

Largely, they're running kind of out-of-state playbooks in a state that is incredibly unique all on its own. The main reason I got back into the game was passion. We love Florida, we love high-end flower [and] being able to take that passion and pair it with what we believe is one of the most authentic brand stories.

Our goal is to show the market both here and abroad, that really high-quality flower that's just as good as anywhere else in the country can be built and grown right here in Florida.

The DEA task force that was commissioned to arrest my father for his smuggling operation in Florida was named Operation Sunburn, so it's our little tip of the hat to the DEA.

If you lived in Florida, you knew somebody that was moving weight. This is our culture; most of South Florida was built on the back of that, [so the brand] is all things 1970s-1980s Florida — race cars, fast boats, and actually being able to have fun again. We're gonna live at the intersection of having fun, authenticity and high quality. The cool part is we have the original newspaper headlines on the front page of the Miami Herald all about my dad when he got in trouble [and] those articles were written by Carl Hiaasen, who's become a good friend. So all of that stuff is in living color.

I think that some of that is noise. I think the governor likes to generate tax revenue from the industry. He has always — even though it's portrayed a different way in the media — at least in my experience, been positive to cannabis. I used to call on him when I was in the U.S. House, and he was one of the few Republicans that were nice to us when we met with him on cannabis, back before he was governor.

I do think a 2024 [referendum on recreational cannabis] has a real shot, if you look at the public polling data. We've just got to get it on the ballot, and this version of the amendment is so much cleaner than the other ones; it's not as subject to collateral attack. So I'm going to be throwing my weight behind it and do what I can to help. And kudos to Trulieve for getting it out there to begin with. I do believe we've got a chance, and I just think some of the other stuff that's been attributed to Gov. DeSantis is more smoke, less fire.

Just a short drive from Orlando, Tampa now has a magic mushroom dispensary