Best of Orlando® 2021: Music and Nightlife 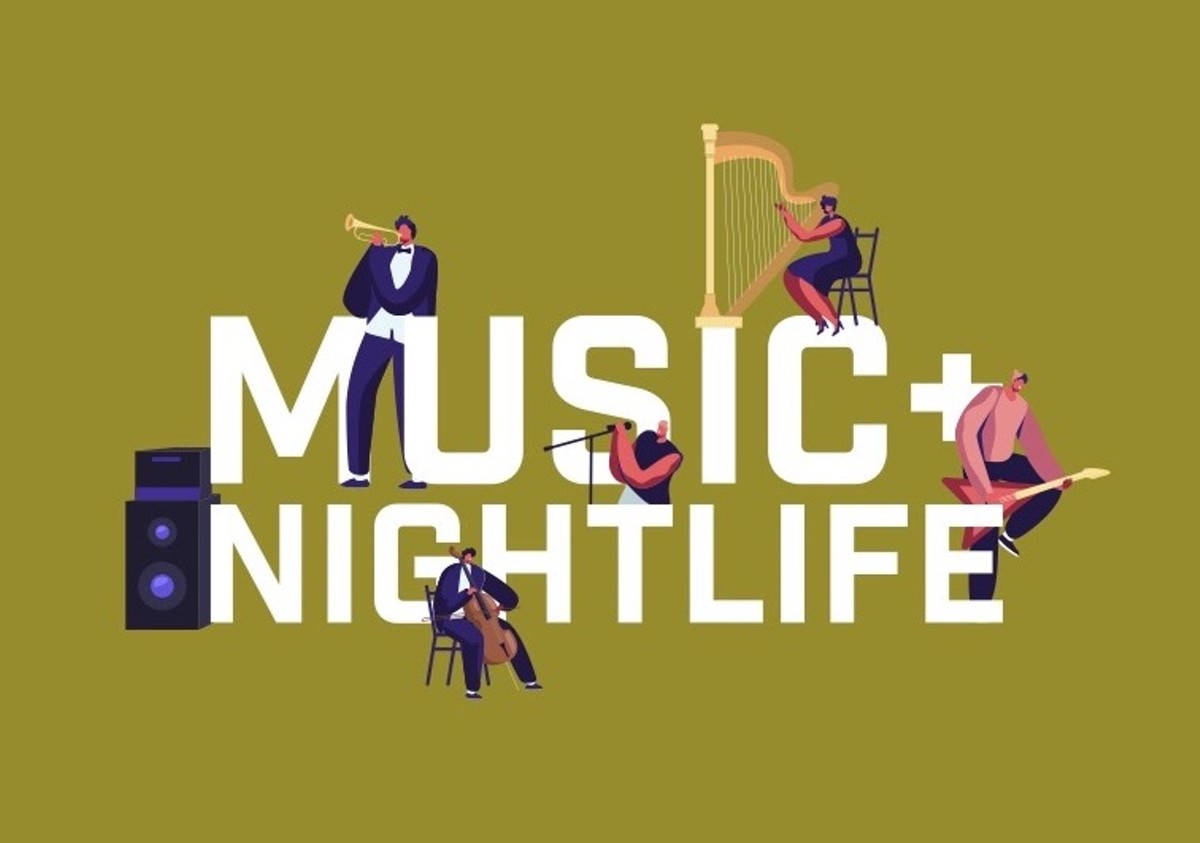 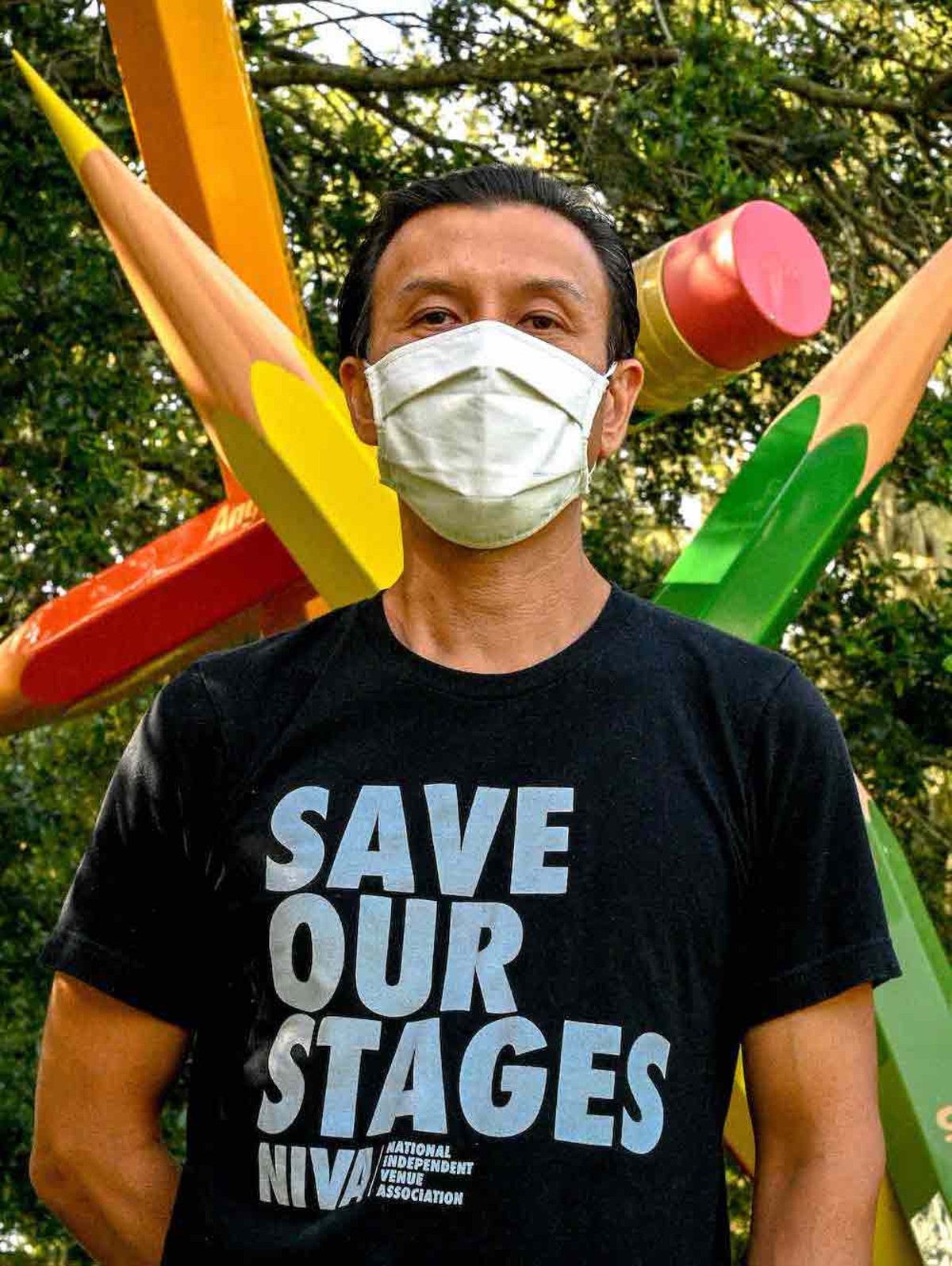 Bao Le-Huu has been prowling the Orlando music scene since he was a skater kid at all-ages concerts and club nights. For the past 18 years, he's been covering local music and touring acts officially as a columnist, 15 of them for Orlando Weekly.

In 2020, we remarked on how upside-down that year was. This year has just turned out to be a different shade of unreal. Even with reopening, venues and performers have struggled to find a balance between their livelihood and their safety on still-shifting ground.

Personally, I've gone from clocking in over a hundred concerts a year to a record-scratching zero. Between such a long scene absence and now only going out in public looking like I'm in the band Clinic, I'll be surprised if anyone even recognizes me anymore.

But the human spirit is indomitable, and things were still willed and worked into existence around the Orlando music scene, even in the face of unprecedented adversity. Here are some of this year's most notable ones:

Best Local Record: Frens, Sad Halen
One of the more exceptional live bands in recent years, Orlando's Sad Halen opened 2021 with an outpouring of Bandcamp releases. But the best, most complete is this first one. Rocking and groaning like Dinosaur Jr. on a blissful shoegaze bender, the Frens EP is a triumph of tune and texture.

Best Release Roll: Alien Witch The Orlando no-wave act owns this category in both quantity and quality. In 2021 alone, Dee "Alien Witch" Crittenden has so far cranked out seven full-length albums — most over a dozen songs each, and none of them filler. Factor in the extraordinary stylistic range covered and you've got a marvel of accomplishment.

Best New Temple of Boom: The Vanguard
Give credit to the movers behind this new downtown nightclub for rolling the dice and opening in a very uncertain (pandemic) environment. A complete overhaul of the legendary Firestone nightclub in both facilities and brand, the Vanguard has managed to re-establish this hallowed ground as a premier dance-music destination with some of the city's most heavyweight bookings (e.g. Diplo, Carl Cox, Eric Prydz, ARMNHMR, etc.), thanks primarily to a partnership with EDM powerhouse Insomniac. An old dance-music legacy gets a fresh, gleaming reboot for a new generation.

Best New Venue: Tuffy's Music Box
Opening a new live-music venue in a time when people were retreating to their homes en masse is a feat. Even more so is doing it with this much direction and ambition. Since expanding to include an on-site venue and bringing on scene veteran Thomas Wynn as promoter and venue manager this year, Tuffy's Bottle Shop in Sanford has rapidly become an area contender, boasting bookings like the Drive-By Truckers' Patterson Hood, North Mississippi Allstars, Cordovas, Great Peacock and George Porter Jr. in their Music Box space. They’ve got the size and the booking smarts and the sound system. Now if only Florida could get this vaccination stuff right. 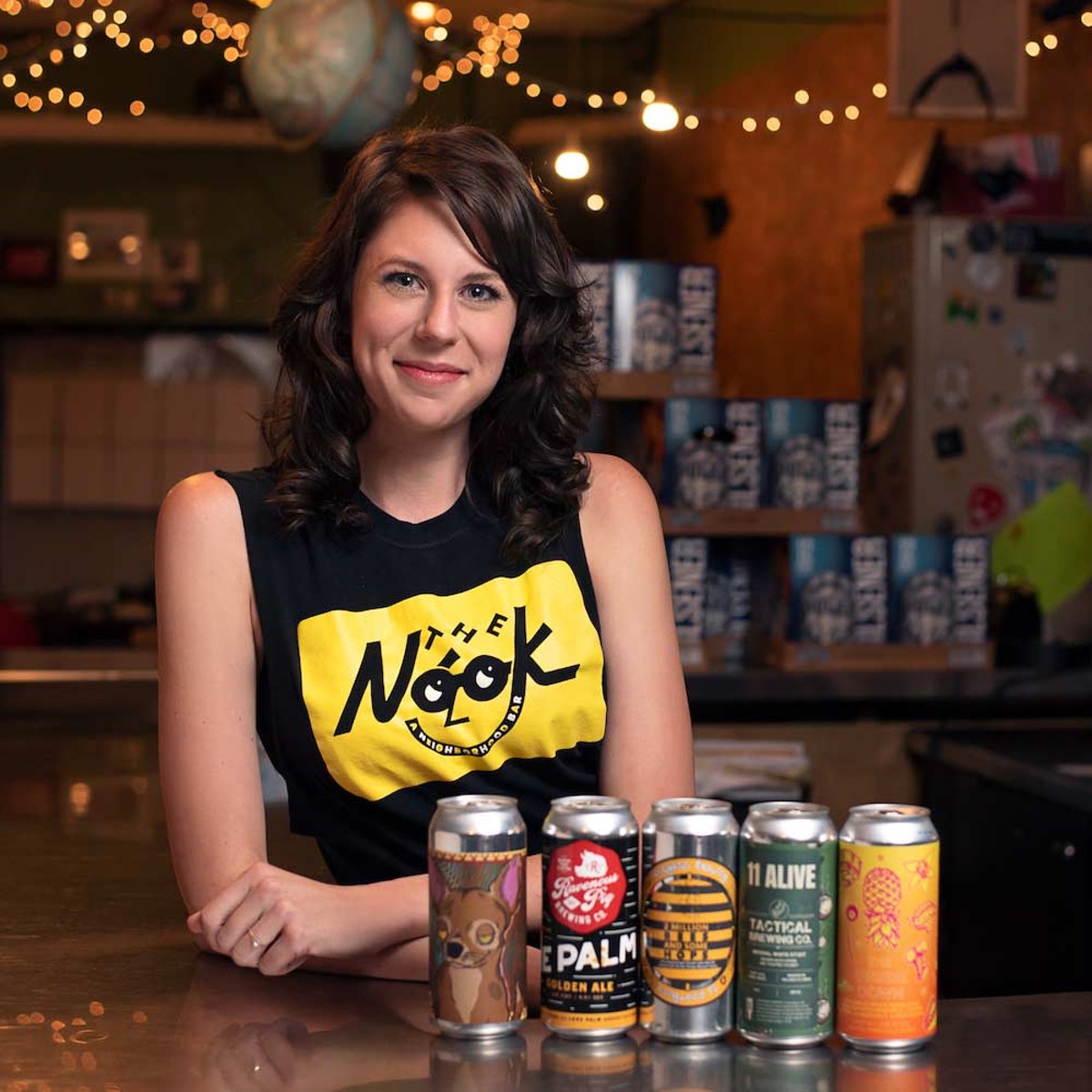 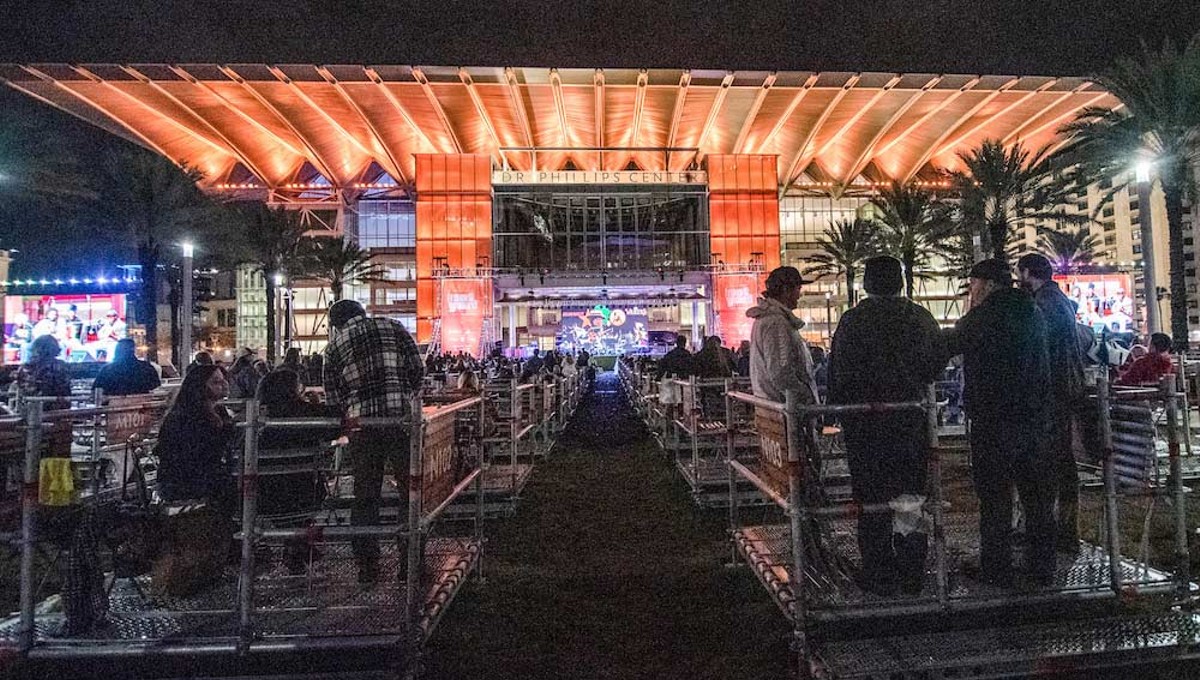 "If you build it, they will come." OK, maybe no ghostly baseball players gave spectral pep-talks to the planners behind the Frontyard Festival, but the end result is pretty damn close to an ongoing Field of Dreams scenario. Launched late last year amid a pandemic that's still far from over, the Frontyard Festival was the first of its kind — an al fresco, socially distanced arts and music series — and it's perfectly suited to the needs of the now. Taking over the sprawling front lawn of the Dr. Phillips Center for the Performing Arts in downtown Orlando and filling it with a stage, a high-level sound system and safely distanced pod seating, FYF is a great way to support the performing arts while still centering individual and community safety. And the Frontyard's stage has hosted top-level talent, from King Crimson to Indigo Girls to Michael James Scott, along with movies, community events and even some exercise programs. The Festival secured some funding to stay open for a while longer, so take in some music and performing arts in the fresh air while you can. (drphillipscenter.org) 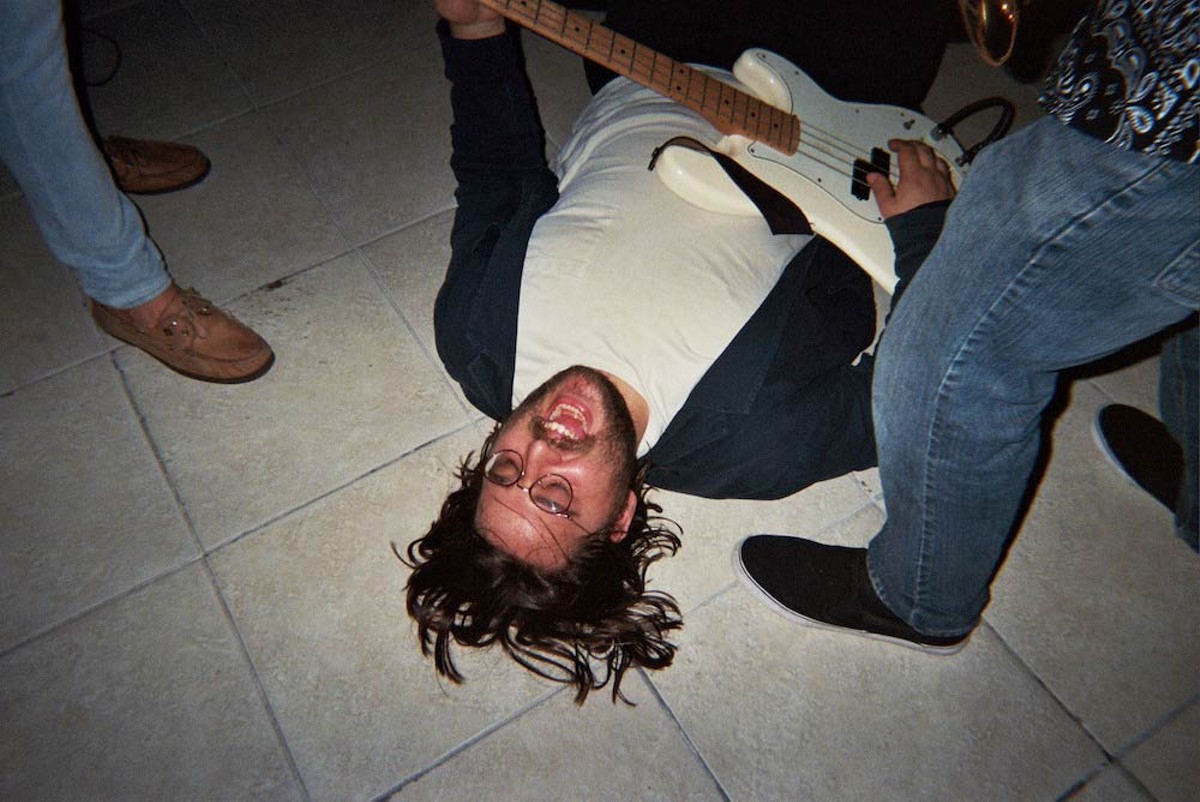 Great jazz music is built on a solid foundation of collaboration and communication between musicians and, for our money, there's no one locally taking this tenet to such radical extremes as bassist and composer Thomas Milovac. Since venues started reopening their doors to live music over the last few months, Milovac has been a ubiquitous blur of activity, equally comfortable leading or playing the sideman role in all manner of combos and spaces. Whether it's skronking with free-jazz collective Bongus in large and small variations at Will's and Grumpy's (which saw him lying on the floor while playing), backing Ryan Devlin at the Blue Bamboo Center, jamming Skatalites songs with an extended Florida Man lineup at Tanqueray's, hitting the open mic at Austin's Coffee, playing a city event at Winter Park's Central Park as one-third of the Tropical City Jazz Trio, or even somehow cramming the entire Unit Colossus 12-piece ensemble into Uncle Lou's and conducting the music in the two-foot space between the bar and the players, it's clear Milovac feeds off the endless possibilities of new and unexpected creative partnerships. Add in the launch of his Cosmo Sonic Collective label on Valentine's Day (awww) to signal-boost music by his comrades, and it's proof positive Milovac favors musical discovery over ego. (thomasmilovacmusic.com) 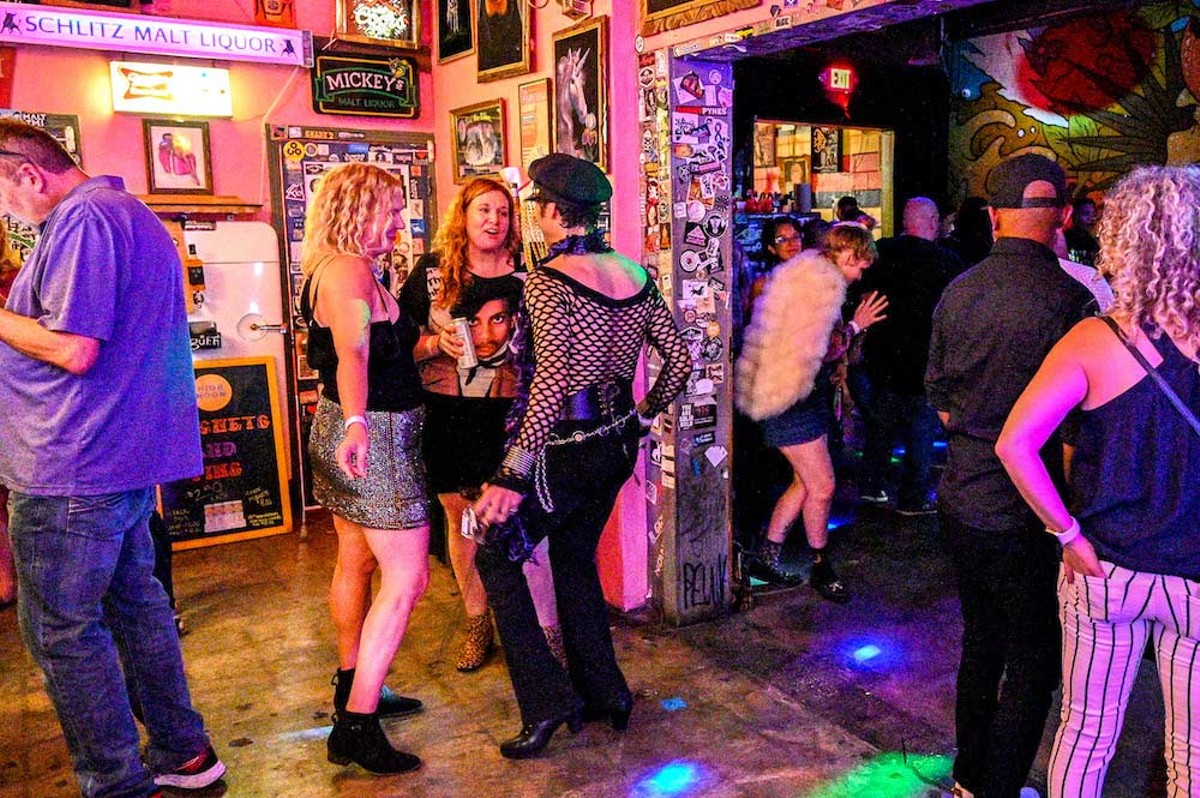 It's been a hell of a year for the Mills 50 nightlife staple, but the results are in and you, the readers, have nothing but love for Will's Pub. Despite a multitude of pandemic-caused (doors closed, shows off the table) and non-pandemic-caused (the property being sold to a new owner back in March) challenges, the venerable watering hole rolled with the punches and even tried new innovations — the likes of which would have us crouched under the bar sobbing uncontrollably like a depressed Norm Peterson. With expanded hours, the development of the Dirty Laundry outdoors bar into gig space complete with stage, a partnership with Swine & Sons in running a kitchen for snacks and sandwiches on site, and a serious work ethic applied to health and safety policies, Will Walker and staff are doing their level best to evolve in topsy-turvy times. All while still putting out the strong drinks and neighborly vibes that keep the faithful returning night after night. Raise a glass, y'all. (willspub.org) 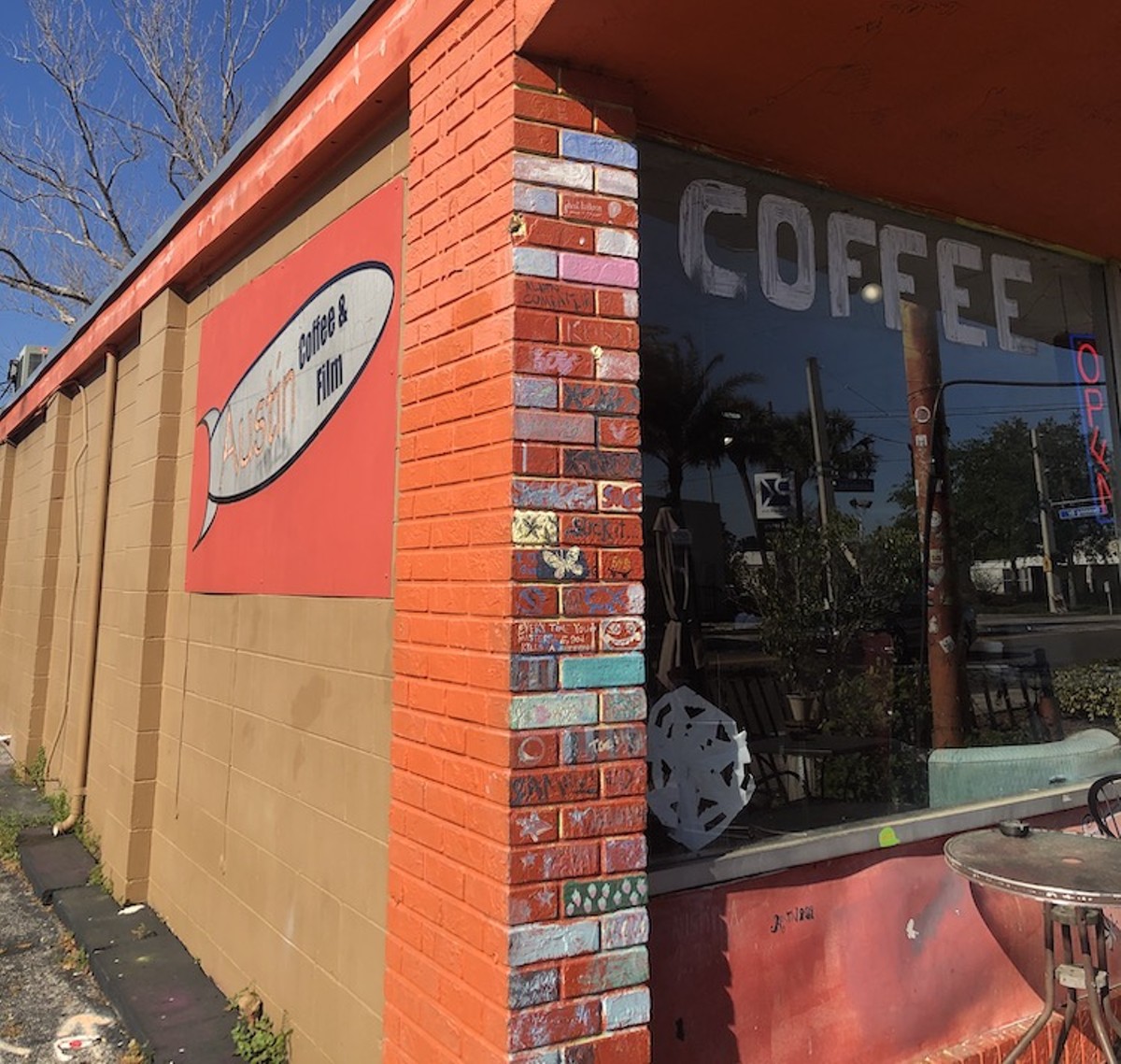 In "Big Yellow Taxi," Joni Mitchell sang caustically that "they paved paradise and put up a parking lot," and for a time it seemed like a version of that scenario was in the cards for Winter Park bohemian hub Austin's Coffee. The effort failed, or at least, it's stalled for now, and that's good news to the scores of budding performers who show up most nights to sing their lives at Austin's many open mic nights. The many, many Orlando Weekly readers who voted Austin's Best Open Mic can't all be performers, so we're guessing that's a solid majority endorsement of the entertainment value to be found. Austin's has a dedicated open-mic event for every taste or talent, whether it's comedy, poetry, rap freestyling, singer-songwriter folk, or jazz. And these affairs are proven incubators of heavy local talent — America's Got Talent finalist and touring comedian Preacher Lawson is only one example. Comedian Kirk Bonacci told Orlando Weekly in March that Austin's "has done more to help the local arts scene than any other place in the city." No joke there. (austinscoffee.com)