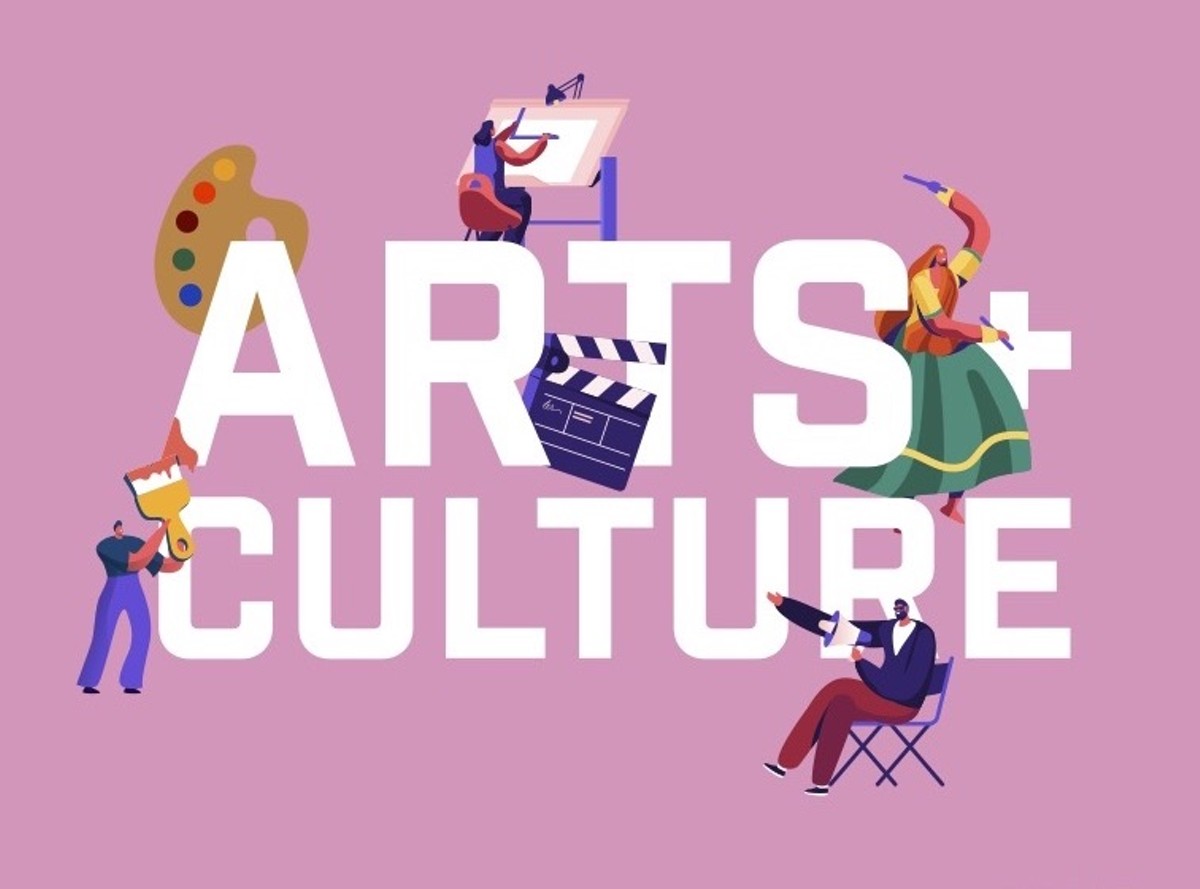 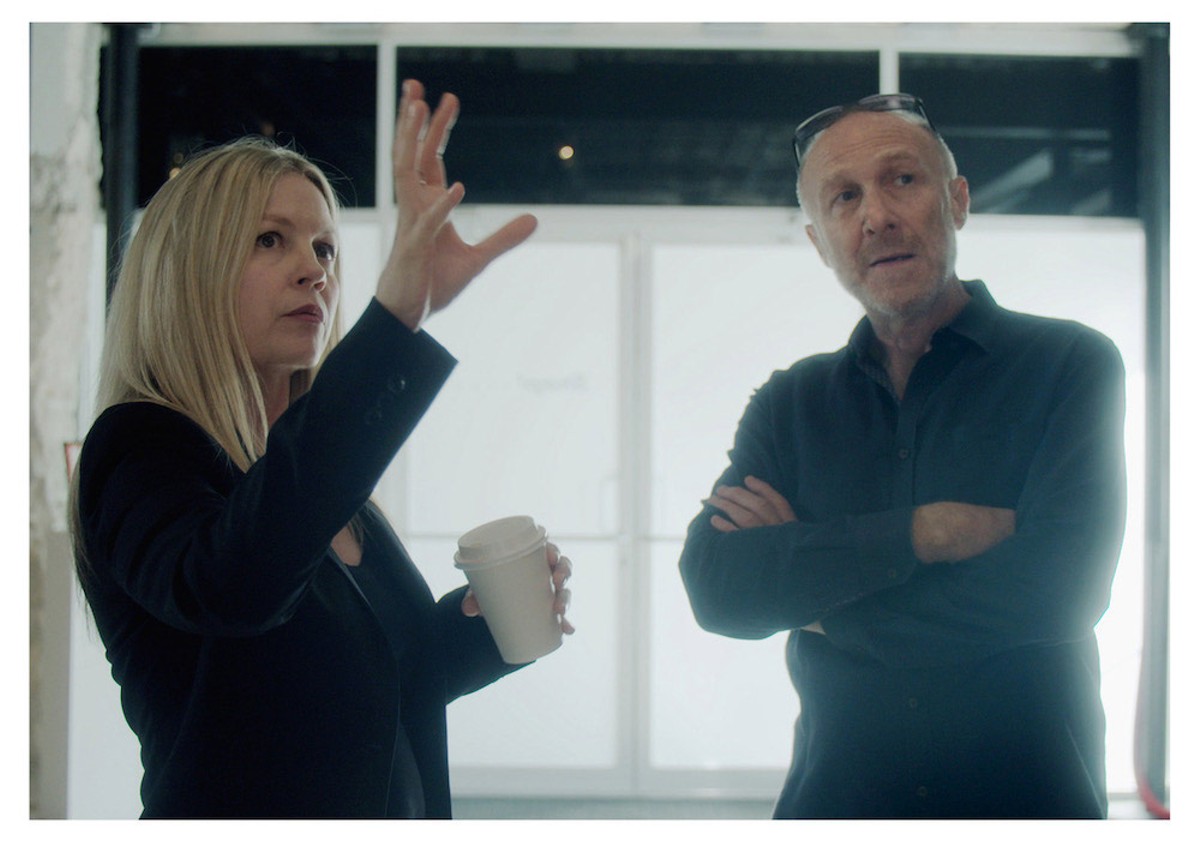 Patrick and Holly Kahn founded Snap! Orlando in 2010, sparking a cultural movement in the region and helping rebrand Orlando as an international arts destination. In 2018 Snap! Orlando launched "CITY UNSEEN," the first citywide Augmented Reality site-specific public art project, in Orlando. Prior to launching Snap! Orlando, Patrick was publisher and editor in chief of The Book LA, a Los Angeles-based luxury art collectors' magazine. The Kahns were featured in Orlando Magazine's "50 Most Powerful People" issues in 2018 and 2019. As a premier organizer of new media arts, Snap!'s mission is three-tiered: recognize and honor master artists, discover and cultivate emerging talent, enhance the cultural vibrancy of the city.

There are a number of people who we appreciate and respect. They often work quietly, but always passionately. Here are some of our friends who we believe make a difference in the community, with originality and integrity.

• Brett Bennett and Katherine Howe / Stardust Video & Coffee. They created an organic creative space, which thankfully was a needed oasis when we moved from L.A. to Orlando.

• Ben Hoyer / Credo is a genuinely inspiring person, and a trustworthy community leader.

• Jessica Bryce Young / Orlando Weekly. Without fear, and with acuteness, Jessica keeps everyone in check.

•  Rep. Anna Eskamani is a compelling, hard-working leader who truly cares about her constituents.

• Jeff Matz / Lure Design. Creative and engaged, Jeff is an artist and a true original.

• Melissa Marie / The Falcon Bar. A vanguard pioneer in the arts and nightlife scene.

• Diana and Gene Zimmerman / The Courtesy. Guided by passion and deep knowledge, they are Orlando's original tastemakers.

• Brendan O'Connor / Bungalower.com. A trusted and entertaining voice in the community. True to himself.

• Jim Lussier / Mateer & Harbert Attorneys at Law. Jim is a longstanding advocate of the arts, very generous with his knowledge and support.

• Nigel John / DJ and music producer. To know him is to love him! 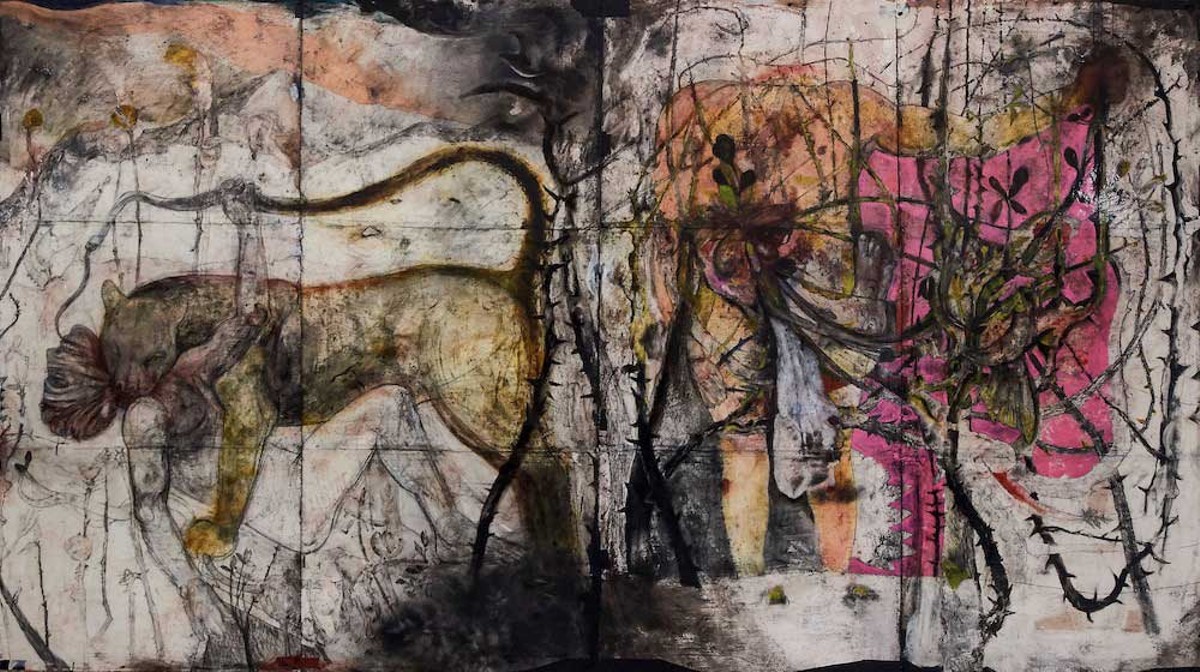 OMA's annual Florida Prize in Contemporary Art brings together the crème de la crème of practicing artists in the state. Each year sees the Orlando Museum of Art filled with work by forward-thinking contemporary artists displaying creativity across mediums in competition for a $10K prize. And the centerpiece this year was the surreal, towering, dizzying installation Promised Land, by Maitland artist Robert Rivers. The art is a mixed-media rush of frenzied creativity, with Cubism running headlong into surrealism and creation myths, visions of various hells and afterlifes across religions and time, and sobering anti-war allegories in which sad-eyed soldiers, their wounds still fresh, journey through a nightmarish ... purgatory? Valhalla? And yet, despite the oft dark and heavy imagery that populates his art, there's a feel-good story here, we promise. Rivers' win was doubly gratifying — not only was it the proverbial "local boy makes good," but, even better, Rivers' works as an arts educator at UCF, teaching and encouraging the next generation of artists in Central Florida. And especially now, teachers are more important than ever. (omart.org/floridaprize) 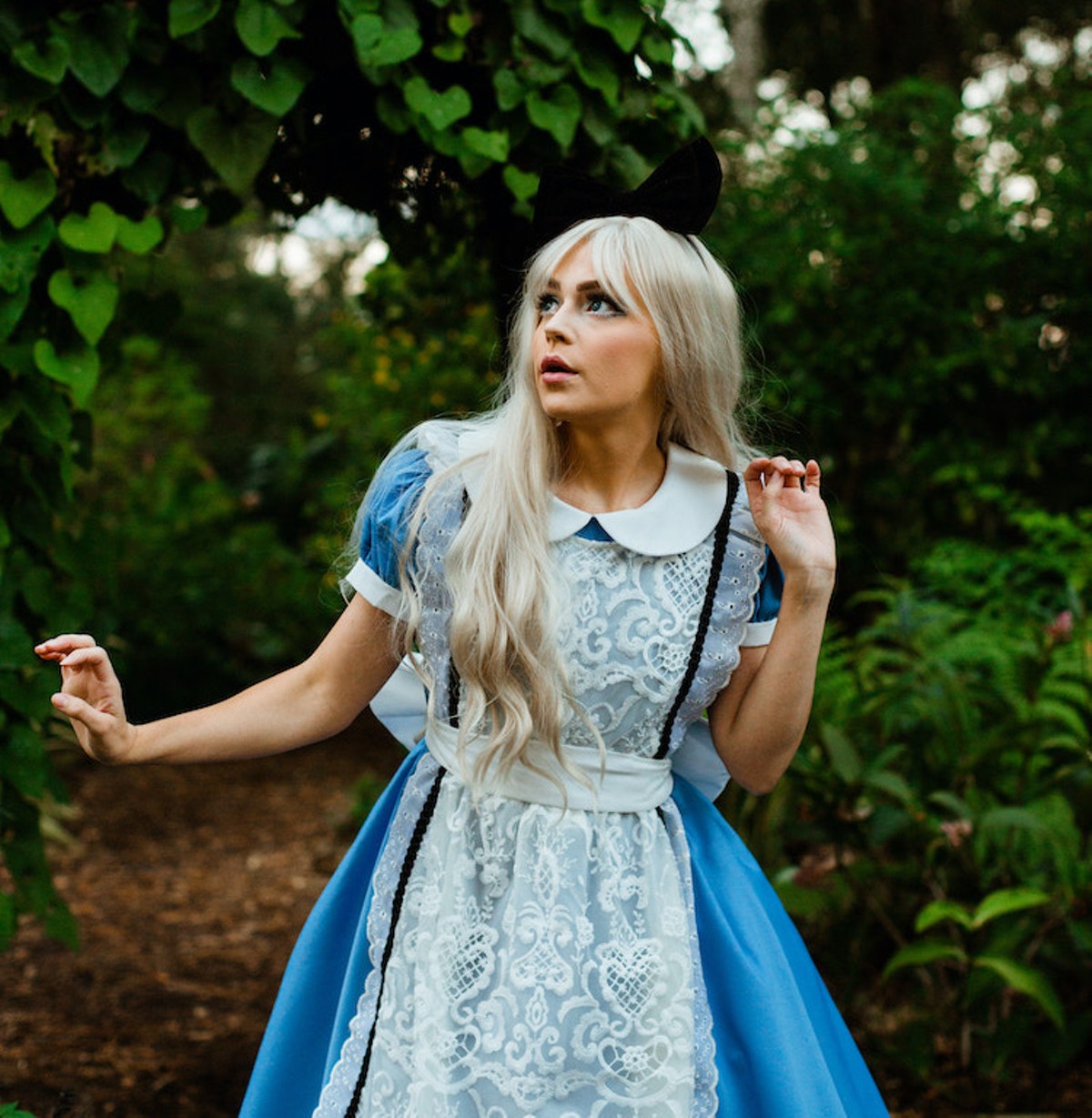 COVID couldn't stifle Orlando's artistic impulses — neither to create nor to spectate. After a lot of Zoom experiments (some truly impressive), when it became clear that this was going to be the new normal for far longer than we had all expected, our arts presenters did what they do best: They started solving the problem. Creative City Project, with plenty of experience producing outdoors art, were first off the blocks with their Bright Young Things theatrical walking tour through downtown Orlando, followed by the holiday phantasmagoria Dazzling Nights amid Leu Gardens' leafy strolling paths, and Down the Rabbit Hole, which transformed Mead Botanical Garden into a madcap spectacle in which attendees encountered the iconic characters of a thoroughly modernized Alice in Wonderland scampering throughout the foliage. Then, this spring, Central Florida's most important professional theater company returned to large-scale in-person performances in their original home: Orlando Shakes, which got its start in 1989 performing at Lake Eola Park as the Orlando-UCF Shakespeare Festival, presented A Midsummer Night's Dream and Little Shop of Horrors in the park's Walt Disney Amphitheater to crowds starved for live theater. The Shakes' al fresco production lent genuine magic to this Midsummer fairy tale, and the effect was enchanting. Cole NeSmith of Creative City Project told us in February, "It's been amazing to go into spaces like Leu Gardens and Mead Garden that are beautiful in and of themselves, and then illuminate those spaces in a way that brings new life ... and helps connect people to them in almost wondrous ways." As happy as we'll be to return to the Lowndes Shakespeare Center's cushioned seats and air conditioning in the fall, spending a freewheeling and fantastical afternoon or evening in bucolic environs with performers among the flora and fauna is a fine, fine way to spend a temperate day in Florida. Here's hoping this is one trend that sticks around. 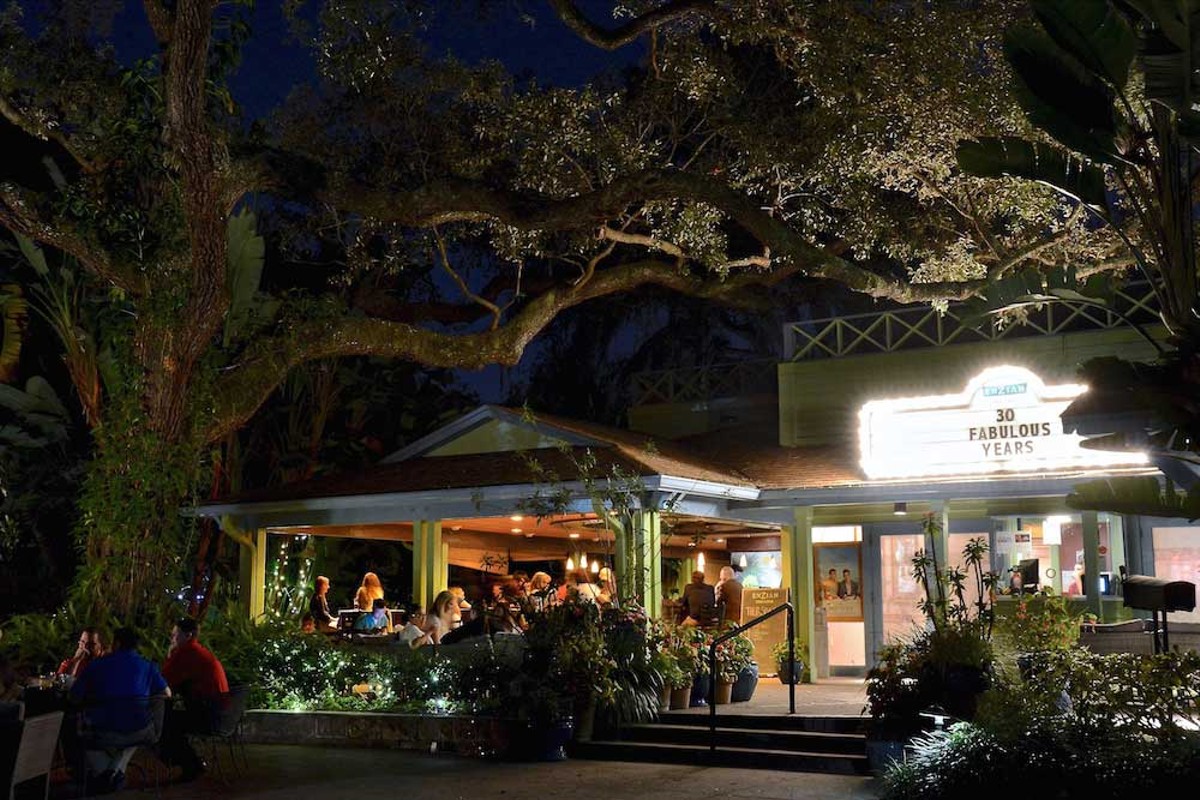